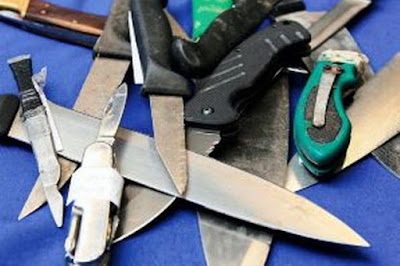 When Bill de Blasio became Mayor, he weakened the student discipline code, allowed student cellphones use in the schools, and reduced student misbehavior that had previously resulted in arrests or suspensions.  The result was that the De Blasio administrationhttps://nypost.com/2018/04/21/students-attacked-threatened-thousands-of-school-employees-last-year/ shwed student arrests and suspensions wewre down and the schools were safer. While school arrests and suspensions are down, due to lax discipline rules, school have becoming more unsafe.

The New York Post had an article that showed an increase in student assaults and threats against staff.  The numbers are very disturbing.

The latest numbers show an unacceptable increase of 4,5% from the previous year and a 11.8% increase from two years ago.

“The mayor’s narrative is that the schools are safer, crime is down. These stats show crime is not down. Assaults are high, threats are high,” said school-agent union leader Gregory Floyd.
“I’ve said from the beginning of the de Blasio administration, the schools are out of control.”

The bottoim line is that the schools are more unsafe then ever.
Posted by Chaz at 9:46 AM

First of all, his lax policies resulted in at least one student death.
But unfortunately, it doesn't stop at the school level, because DiBlasio has put in place lax rules for the society at large. Look at what he's doing with the prisons. He's letting criminals walk amongst us as they wait for their trial. Look what he did with the police department. He's letting the police kill people with no oversight. Look at what he did with Vision Zero. Two children were killed a few months ago and the driver was set free. It was an "accident". Everything is an accident.
With DiBlasio, you can get killed by the police, a criminal, or a negligent driver, but no one goes to jail. Everything is an accident. There's no accountability.
We live in an increasingly lawless society. DiBlasio is one player that is enforcing this. But there's many more.
Yes, and the schools have become scenes out of the Wild West.

So true. Have a foster kid 15 year old named, DeShawn, and the kid is no angel. He is off the wall to put it mildly. Teacher calls me to let me know shit he doin in school and I'm thinkin bitch hope you are not calling to have me reward his ass. Shit she was mentioning made DeShawn look like an angel. She need to come to my home to see the real DeShawn. There are nights I sleep under the bed and switch bedrooms twice and three time a night.

Last week one of his teachers called me to tell me that DeShawn called him a "white stupid fuckin faggot". So I said well I can't comment on that. First, I was not there and two I don't know you and don't know how you live your life but you need to talk to D'Shawn about this (sometimes Deshawn mispells his name and doesn't include the letter 'e'".

Teacher told me he talked to DeShawn and told DeShawn that being called a white faggot hurts his feelings. DeShawn responded, "Well it should hurt your feelings you dumb fuck. This is why I called you that." I was in total shock. Who taught this teacher to tell DeShawn that this hurts his feelings. DeShawn needs to be shown pictures of executions, ass-beatings and the woods that is 2 hours aways that I show him when he misbehaves. Do not engage my son with "feelings" BS talk. DeShawn has no fuckin feelings. He don't care about your feelings. HE IS FUCKIN DESHAWN.

Long story short. Fuckin stupid teacher calls ACS on me. Yes, FUCKIN ACS. If there is or was ever any organization more dysfunctional than the DOE - ACS has to be it. They send over someone to actually ask me if they can look in my refrigerator. I said, "Bitch look at fuckin DeShawn. Look at him. Kid is 15 years old, five foot ten and weighs 190 pounds. DO YOU think him not eating is the problem??" I have two masters and I also teach. The issue here is "De FUCKIN Shawn" - nothing more and nothing less. Unless you suspend De'Shawn, fail his ass and show him consequences - PLEASE DO NOT EVER CALL MY ASS again.

Notice how no CSI or OSI report came out on the school stabbing at the Zoo school. Why was there no report? It was because they could not blame the principal, APs or teachers. Only one to blame was the Chancellor and she knew she must leave ASAP. Restorative Justice simply does not work. Sitting down with a student and saying "I do not like being called a 'white whore' when I am only trying to educate you is not a good thing." is never going to get any results with teenagers. It never has and never will. Teenagers from every corner of the world only understand suspensions. Teenagers know what they are supposed to do and say and not to do and not to say. Sitting down and begging them to stop has never shown positive results. Only ones believing it has are the ones making millions of dollars selling us nonsense. DeBlasio and Carmen took the system back to 1999 or 2000 which ironically happens to be the last year a NY City school had a murder in it. At least Bloomberg knew these kids needed a suspension. On the other hand with only 5 years to go the only thing I would stop in a hallway or a staircase is a rape. And then I'd hope the rapist does not say I touched him while preventing him from continuing the rape otherwise I'd become the DOE's suspect while the rapist sues the system and gets paid. Was that a run-on sentence?

I have to admit I was trolled by Shady, now I just love reading the posts for comic relief (as well as the truth in the satire, such as about ACS, truer words have not been spoken.)

Chaz I'm curious why you harp on the phones. Yes, they are video crack, and yes, too many students spend the period fiddling on the phone. However, I've also noticed far less doodling on desks and even talking during class. In my book, if some smartphone addict is going to fail or do poorly but not hinder anyone else's learning, that's his/her lesson to learn, and really no different than the old days when kids would read the newspaper, play GameBoy, etc.

Additionally, getting involved with confiscating phones, being responsible for them (some are worth over $1,000) etc. isn't worth it. Not to mention, half the time the kid refuses, and now are you going to call a dean and derail the class over it? It's just not worth it.

Shady is brilliant. If he is really a teacher, he’s wasting his talent. At least consider a regular column in the UFT. Newspaper

Shady write a book or go on YouTube because you are hilarious. Maybe send your stories to SNL.

@ 9:31 AM
Come on T.J. L? Trolled? First and foremost, I have a lot of respect for you and your comments. I have always treated you as a professional. Troll? I am not. I simply come on here and share my everyday DOE experiences. There are days I am spilling my guts out, there are other days where I am on here crying and you think I am trolling? Shame on you. Shame on me for sharing.

On a more serious note, next week starts the 10th Annual Rubber Room Poker Tournament. This year's tournament is going to be held in Brooklyn. DO NOT JUST SHOW UP. DO NOT CALL OUT SICK and SHOW UP. YOU WILL NEED PRIOR PERMISSION FROM YOUR PRINCIPAL or your SUPERINTENDENT. Last year we had a full house with over 200 teachers, 120 ass principals, 64 principals, 23 superintendents and 1 deputy chancellor.

Everyone this year is so excited with the possibility of our new Chancellor stopping by to play a few hands. Bring it Chancellor. Let us see what you have. Half of the winning proceeds will go the children of NY City.

Right now my principal is trying to get me permission to go and play but she is saying her superintendent is giving her a hard time. By the way this is the same superintendent that still owes me 28 dollars from a poker game we played when we both served time together in a rubber room in 2008.

Last year's winner won 3500 dollars which helped him hire an attorney who helped him get back into the classroom. Now, he wishes he never won. Bring it Chancellor.

@9:31 Phones are dangerous in my opinion because kids can be recording teachers. Plus, with lower level kids they can't put their phone away to learn. It is an additional distraction the kids do not need. serious post

To 12:06, it is sad but true. No good deed goes unpunished in the DOE. Most tenured, older teachers I know are now in survival mode since they gutted tenure protections (one 'developing' year can now get you brought up on charges, and we all know how 'fair' our admins are).

We see nothing, know nothing and get involved in nothing outside our immediate classroom. We also did all the 'circles' training for the last two years. Now we no longer use this technique because it doesn't work. No one can say it out loud. We just rely on begging the students to behave now. So sad that Leftists have brought us to this kind of world.

I hate to admit it but i find myself checking this blog daily to see if Shady blogged. Shady, just consider creating your own blog.

Thank you. I love you guys. Glad you get the humor.