ATRs Are Pawns When Negotiating A New Contract. 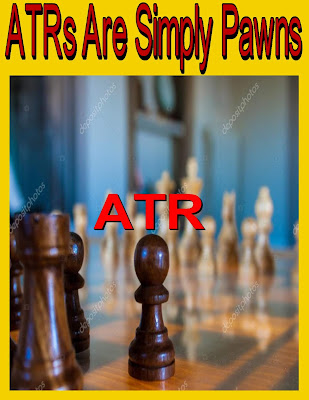 Every chess player knows that the goal to checkmating your opponent is to sacrifice  pieces to achieve that outcome.  In chess the piece that get sacrificed most often is the pawn.  In a well played game, few, if any pawns remain on the chessboard.   The same can be said when it comes to contract negotiations between the City and the UFT.

From the 2005 contract on, the City has asked the UFT for an ATR time limit;  Checkmate had the union agreed to one.  Thankfully, our union leadership has not allowed the City to checkmate ATRs.  However,  other abuses to the ATRs has resulted in the ATR sacraficing many of their "due process" rights.  Let's look at what the union sacraficed that has made ATRs second class citizens.

Maybe the City cannot checkmate the ATR but they can make the pawns mighty uncomfortable while trying to elude capture.

Yet another travesty is the poor historical success rate of these ATR supervisors before they volunteered to became hit men. Most of them are mid-career administrators from failed schools; even retired ones came from failed schools (find out the schools they managed and google their stats)!.

That inbred savant Justin Stark was a "first lieutenant" in multiple failed schools...if he couldn't manage his own front line, why should he have the chance to develop "best practices" of subordinates "in need of improvement"......and destroy careers.

My question is off topic. I work in a school that make teachers complete, IEP's 2 months in advance. Is that against the rules? I'm new so not sure.
Thanks.

Now that Justin Stark has been the Social Studies AP at Edison for a full year, I can't wait to see his departments passing rate on the NYS Global History regents....surely he had enough time to make a difference.

That question is best answered by the union's Special Education expert.

What a joke!!!! I feel for ATR's in this system. They have become the scapegoat of both the DOE and the UFT. I would not be the least surprised ro see Mulgrew sell the these people down the river. Ineptitude , arrogance, and sloth to highest degree.

@1:29 the fact that you ask this forum for the answer to that question shows you to be a lazy sub-standard educator thus perfect for the nycdoe!

Wow, time really flies by. Had lunch today with a buddy I met 10 years ago in the rubber room. Seems like only yesterday. I still remember him coming into the rubber room scared and frightened. He didn't know where to sit. He stood walking and pacing for the first hour until someone yelled, "Stop fuckin pacing and sit the fuck down." He ended up sitting next to me and that's how we first met.

The next day he came in with a list of words. Not just words but the top 100 words every NY City superintendent loves to hear. I still remember him saying, "memorize these words and you'll become a superintendent." Me, I laughed my head off. "Me? memorizing those words. Not me." I said. He said, "Trust me. This is the direction the DOE is going."

Well now, he is a deputy superintendent and he is looking good. Me, I am still an ATR roaming from school to school looking for the meaning of education. Maybe I should have listened to him...Guess the deputy? If you do not want to name names then guess the district or borough?

By the way, the rubber room poker championship this year promised to donate his share to district 79 and still has not donated any money. This makes educators look extremely bad. If you see the champion do not call him champ until he donates his share.

Though Edison AP Stark is a wretched mess of a human being, I'm sure he was smart enough to have picked a school with decent regents scores.....he turned down an offer from Campus Magnet in the Rockaways.

The real barometer is to see how much his efforts increase said scores from the years past.

My guess is not much at all....Edison HS has some nice kids, and he was a weak teacher (at best) when I taught with him in Brooklyn.

What a strong power move Chancellor Richard made in the last week. First, he removes most of Carmen's deputy chancellors. Reassigns them meaningless jobs. For example, Elizabeth Rose moves to lunch duty. She is now in charge of school foods. Today, the Chancellor changed the website. Put his own name and stamp on it. He owned it. I remember when the mayor asked Carmen to change the website. She asked him "what's a website?" But I loved Carmen. I still remember the PD I met her at up in Canada. We had to measure the snow with a ruler and discuss whether or not we'd call school off or not. Never met a dumber wannabe educator/ superintendent in my life. First, she'd stick the wrong side of the ruler into the ground. Then she'd lose the ruler in the snow. Was so embarrassing. I was the only nice to her who helped her out. When we returned to NY - it got me nowhere. She saw me in the men's room and pretended not to know me. WAIT, I am getting confused now. Maybe it was Dorito who pretended not to know me in the men's room. One of them two oldies who should have retired during the Reagan years before another student was murdered in a NY City school.