A Tale Of Two School Districts 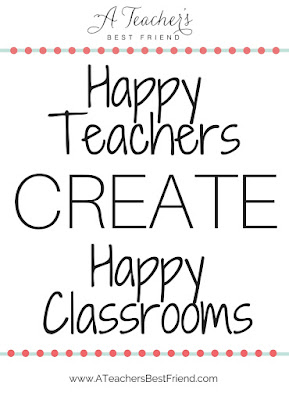 The Ward Melville school district has set up a teachers room with soft lighting, piped in music, a large television, high speed computers and printers and nice furniture in their high school.  They call it a wellness room..   By contrast New York City teacher rooms are usually associated with discarded furniture, inadequate space for the staff, and obsolete computers. In fact, one Queens school saw their teachers room taken away and are now screened into a small room with little ventilation.

The Chancellor is slowly replacing the Bloomberg holdovers but there are far too many left in the DOE and as long as school-based fair student funding and school administrators that obtained their job on political connections and not by merit. Is it any wonder that the New York City public achools are resource poor and staff has low morale.

Maybe the DOE will one day fully fund the schools, eliminate fair student funding, and put the schools first rather than there bloated bureaucracy.

As a teacher in Bryant HS, I want to voice my dissatisfaction with having to use my TC money for Xerox ink cartridges .....for the single copy machine. No one gets a free copy!

Thanks for your help Mikey....

It's been a long time since you've posted excellent financial information on your blog. I'm wondering if you will start soon since I've been reading that an economical crash of seismic proportion is coming our way. What will happen to our TDA (if it's in fixed only) to retirees and to the large sums of money in one's bank account. Please provide advice since you seem to be very knowledgeable in this area. Thank you.

what economic crash of seismic proportion are you talking about? the made up one by our fair and partial news outlets, regardless of their slant, that try to predict apocalypse based on every social media piece of information that causes "outrage"?

Yes, there will be another crash. There always is one.

The problem is that with every crash now the next one will get worse due to way too much debt all around and lost of confidence in the money supply. Buy physical gold and silver and "lead" if you know what I mean.

In 20 years, with current over-population trends in play, NYC will be a city of 20 million people. Imagine the chaos!

The TDA is constitutionally protected and it would take a constitutional convection that will not occur for the next ten years for our TDA to change, unless our union sells us out like they did in June 2012 when the fixed income dividend was reduced from 8.25% to 7%.

Next vote on constitutional convention is 2037 not in 10 years

If Elizabeth Warren is president you best believe crash is coming. If Trump loses I am immediately taking from stock option.

The raises don't mean much unless you put the time in like me and have 18 years plus and are maxed out.

right on anon 2323:
If Pocahontas is elected get ready to start looking for a way out of New York State
Trump is a maniac but he is still better than the sad line of candidates on the other side
Maybe crooked hillary is about to make a comeback