The Good, The Bad, And The Ugly - The TDA Pension Agreement Between The UFT and The City 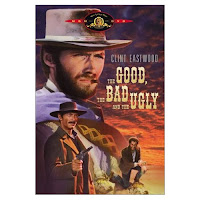 In the never ending quest by the UFT to poorly represent their members, the UFT/City of New York pension agreement continues in screwing its members. There has been some very confusing information about the June 22, 2009 pension agreement between the UFT and the City on what the annual interest rate will be for the fixed income TDA. Is it 8.25% or 7%? As many of you know the UFT allowed Mayor moneybags to impose a Tier V pension for "newbie teachers" and a reduction of the Tax Deferred Annuity (TDA) ixed income fund from 8.25% to 7%, effective when Governor Patterson signs it. However, the TRS in their newsletter stated that the TDA fixed income fund will remain at 8.25% until June 30, 2010. Confused? I was and while a Newsday article did clarify some of the confusing issues, it did not answer all of the questions. In the article it stated that Mayor moneybags requested that the 8.25% for the fixed income TDA fund be extended until the City's actuarial calculations can be completed for the change in interest rate. Therefore, the following applies to our TDA fixed income fund.

The Bad: Unfortunately, the extension of the 8.25% is at the mercy of Mayor moneybags and he will use the agreement with the UFT in lowering the interest rate of 8.25% to 7% during the 2010 mayoral contest. Therefore, expect the 7% interest rate to be put into effect sometime in 2010 but no later than July 1, 2010.

The Ugly: Here again, when Randi Weingarten negotiates with Mayor moneybags there always seem to be an unpublished side agreement. According to Richard Steier of the Chief, the agreement allows the City to require retirees to remove their TDA money from the fixed income fund once they retire. Presently, retirees don't have to start removing their TDA funds until 70 years of age. Why wasn't this side agreement published? Here is the excerpt from Richard Steier's article.

Another loss to UFT members as a result of the TDA change, assuming it is enacted, would be the right to leave their money in the funds until they turn 70, with 8.25-percent interest continuing to accrue for up to 15 years if they retired at 55. That, along with the discontinuation of pension contributions after 10 years and pension vesting after five years, were gains that were made during the Giuliani administration.

The Mayor estimated that the changes would save the city $2 billion over 20 years, but most of the savings from the contribution and vesting changes would not materialize until well into that period. That also means, however, that the annual savings will mushroom beyond that time, with one official saying they could reach $200 million a year.

Ms. Weingarten said she had done what she could to protect members' benefits while also dealing with the economic realities confronting the retirement systems and the Department of Education.

Why wasn't this clause included in the agreement? Another infamous side agreement that secretly screws the retirees. I guess it is their turn to "feel the pain" of Randi's secret side agreements. I can only hope the Michael Mulgrew does a better job negotiating a contract then Randi Weingarten but I highly doubt it, based on his past performance of being a union flunky uner Randi's tenure.
Posted by Chaz at 9:05 AM

Wow, she truly has turned out to be an equal opportunity screwer-upper. A Union leader for the ages...NOT!

We need to find out the names of the agents or attorneys who negotiate salaries for the top ballplayers, and then hire them!

That side agreement is the pits!

I called the UFT retiree division in Manhattan and they claim that this isn't true. They say that nothing has changed in regards to leaving retiree money in the Fixed Funds for retirees. I sure hope that's the case.

I hope all of you are correct. However, I have heard from two financial writers who have heard that a deal has been made that would require retirees to move their TDA at of the fixed income fund.

Pension benefits once given cannot be diminished in New York State according to the state constitution. Although some may want to remove the retirees from the fixed TDA it may be unconstitutional and open the city up to a lawsuit.

Richard Steier in The Chief got it wrong. The June 22, 2009 pension agreement does not require retirees to remove their money from the TDA fixed income fund once they retire. Retirees can keep their money in the fixed income fund for the rest of their lives if they so choose. As before, at age 701/2, retirees receive a required minimum distribution, which has nothing to do with where their money is invested.

As for the rate of return, UFT members, whether in-service or retired, are presently getting 8.25 percent and Governor Paterson did sign an extender that extends that rate through July 1, 2010. But UFT members will get 8.25 percent only until the state Legislature passes the necessary legislation related to the pension agreement that will reduce the rate to 7 percent.

Well put Leo. Thanks for the panic Chaz.