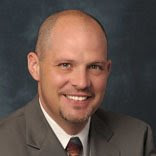 It was with great disgusted that I read how the UFT Executive Board decided to only allow for the nomination of their hand-picked puppet, Michael Mulgrew as President of the UFT. I had thought that the UFT was an inclusive union that allowed for honest debate and nominations for President. Why should my $47.27 per paycheck fund undemocratic policies that I don't agree with? I can understand that the "Unity caucus", which dominates the executive board and the union leadership didn't want any competition. However, I am especially disappointed at the "New Action caucus" who claims they are independent but bows to the whims of the "Unity caucus" when it comes to voting on issues. I really am disappointed in JD2718 who usually questions some of the union's policies but failed to allow for competition for UFT President on the Executive Board that he is a member of.

It would only be right if the other UFT caucuses were included on the Presidential nomination process and in fact, two of them. The Independent Council of Educators (ICE) and Teachers for a Just Contract (TJC) did combine forces and tried to nominate James Eterno. However, the Executive Board refused to consider the nomination. You would think that our union which is supposed to represent the "Brightest" people in the City workforce would encourage inclusiveness and transparency in union business. Instead, they practice "Stalinist" tactics with a demand of 100% obedience and non-democratic practices by appointing people based on their loyalty to "Unity" and not on their ability to help their members. Under the "Unity caucus" only school representatives (chapter leader, delegate, and SBLT representatives) and TRC liaisons are elected by its members. All others are appointed by the President and his/her minions. Is it any wonder that the common complaint from the schools is that the Union has lost touch with their members?

I am an independent thinker and not a member of any of the UFT caucuses. However, I despise the "Unity caucuses" Stalinist cult of loyalty and secrecy that has hurt this union and is mistrusted by many of its members. The next President must promise transparancy and democratic elections for all Borough positions as well as a separation between the High Schools, the Middle Schools, and the Elementary Schools to get my vote. It is time that our union go back to its democratic roots rather than be a mirror image of Tweed.
Posted by Chaz at 11:48 AM

Good post Chaz. But why would New Action put James Eterno's name in nomination when they are going to run Ex Bd candidates with Unity support in the upcoming election? They would have no seats without that support.

Currently New Action holds 8 seats, all with Unity endorsement. ICE and TJC have none even though they received 5500 votes in the 2007 election to NA's 3500.

New Action as Quislings serve an important function for Unity as it allows them to claim there is a bipartisan aspect to the Ex Bd.

If not for the NA sellout, the Ex bd might well be all Unity and open them up to possible challenges in court for being 100% under the control of one party.

I thought the idea was that the UFT was one big inclusive union? I would think that the Executive Board would encourage other nominations, knowing full well that the "Unity" candidate would win anyway.

I guess they are afraid that some of the delegates might actually vote for an alternate candidate.

You say pretty much the same thing you say about any party that's been in power for 50 plus years--that it's thoroughly corrupt and interested in nothing more than its own preservation.

At least the Chinese communist party does what they said, they either improve or perish. UFT says one thing while doing something totally opposite.

The UFT constitution is vague on how you install an interim official.
It says "A vacancy occurring in the Exec. Board or in an elective office shall be filled by the Exec. Board." Give notice and take care of it at two consecutive meetings. That's it. No more or less.

It wouldn't matter one bit if there were more nominations. The "instructions" from the Top would be to install the Top's choice.

We obviously have the right and reason to be disgusted, but changing the constitution isn't going to happen with this AdComm. Their job, it says, is "To formulate plans for the proper functioning of this organization." That doesn't include ceding power to the opposition.

NYC Educator: Have to use that list you came up with somewhere. It's neat.

Chaz
You are right. They should have had New Action nominate James. But they are preoccupied with the changeover. And New Action doesn't have the balls to act on its own. And they don't exactly love James for having principles and leaving New Action over their sellout. So even if a Unity person nominated him, most of them would have had a hard time voting for him.

Randi used to love micromanaging these type of things but is too busy taking over locals in Portland, Or.

We're actually going to miss the laughs we got from this aspect of her mania. And I think she will miss this too. She said as much at her final speech at the Ex. Bd.