To My Union. Let'S Fight Fire With Fire And Expose Incompetent And Unqualified Administrators & Bureaucrats In The DOE To The Media. 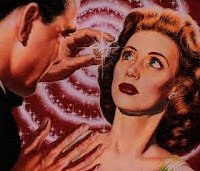 Lately, the DOE has come under fire for its misplaced priorities and questionable policies that hurt the schools and the children they educate. As the pressure was increaed on Tweed, the DOE mouthpiece, the New York Post writes front page articles on long term "rubber room" teachers and twisted the charges against them, here and here. Now the DOE may deny they planted these stories to deflect pressure on their own poor track record. However, it has helped the DOE try to make their case that it is the fault of the teachers union and not Tweed for the waste of money. I posted previously that it was Joel Klein's fault that these teachers have spent up to a decade collecting their full salary, nobody else.

The question is how should the union respond to these attacks on teachers? Simple, attack those administrators and bureaucrats who are either incompetent, not qualified, or selected due to their political connections and write a press release to the media with the evidence to support it. An example of this was done here. The person who made the decision to hire the hypnotherapist, a former Bear Stearns managing director with no experience in education who Joel Klein personally hired for a salary in excess of $100,000 would be one candidate I can think of. Or maybe Mychael Willon, the DOE director of the Principal Candidate Pool who South Bronx School has written several articles about is another. His latest is here . I suspect there are many hires like this in Tweed because of their no-bid and secretive contracting and hiring procedures. Furthermore, many of the principals are not qualified to lead a school and the UFT knows who they are. These principals should not only be identified but the UFT must provide press releases on them. Including these PINI principals in the New York Teacher is not sufficient. Their failings must be exposed to the community and that can only be done through the mass media.

Presently, the UFT under Mike (call me Michael) Mulgrew has continued the policies of Randi Weingarten and has not aggressively defended the defamed teachers sent to the various overcrowded "rubber rooms" nor have they challenged the DOE on the qualification of the people they hire. The teacher union has had war declared on them by Bloomberg and Klein and it is time to strike back hard.
Posted by Chaz at 9:18 AM

A union leadership with the attention span of a gnat should immediatly line up and make available five rubber room inmates who are charged with laughable offenses such as plant donations, etc. What is wrong with our union?

I totally agree with you on that. However, what will be more effective is to expose these DOE employees that do not deserve a job using real evidence rather than frivolous allegations.

Let's start the front page of one of the most corrupt, incompetent administrators who has managed to beat the system not once, but twice and I think trice - Evelyn Hey. In the 80's she was a teacher at P.S. 102 and parents complained about her when she was an early-childhood teacher. Late 80's she became an A.P. at P.S. 92 and had an affair with the school guard, a married man, and then became principal of a bilingual school elementary school where she providing answers to the students so that they can score high on the city exams. Because her sister, Irma Zardoya, had strong political powers, Ms. Hey was found not guilty or the evidence was unsubstantiated. Nonetheless, I taught in District 12 and many parents and teachers knew about Ms. Hey's underhandedness, but the powers that be was on her side.

Therefore, you want to fight fire with fire then start with her. She now runs a charter school. Could you imagine how ****statistically good***** her school is going to look! Wink, wink.

Email me as soon as you can.

PS 102 used to be one of the better schools in District 12, which was a fiefdom where AP cnadidates could bribe at least one school board member with crack back in the mid '80's. District 12 was like being in the armpit of the universe, where normal values did not apply. It is no surprise that this district has spawned the likes of Ms. Hey

PS 102 used to be one of the better schools in District 12, which was a fiefdom where AP cnadidates could bribe at least one school board member with crack back in the mid '80's. District 12 was like being in the armpit of the universe, where normal values did not apply. It is no surprise that this district has spawned the likes of Ms. Hey

Chaz, I apologize for contacting you through a comment, but didn't see any email or other way to contact you.