Why Doesn't The UFT Leadership Actively Take Up The Case Of the Reassigned Teachers & Go After The Evil Administrators That Put Them There? 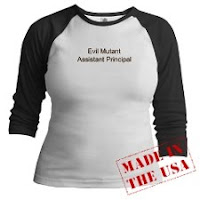 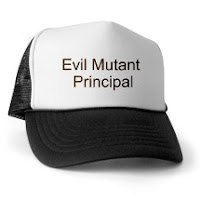 I have been pleasantly surprised by the tone of our acting President, Michael Mulgrew as he seems to lock horns with our billionaire Mayor and his henchman, Chancellor Joel Klein. However, I have also complained that he has not replaced our failed union leadership that has lost touch with their members, especially the reassigned teachers. Based upon my conversations with two teachers who have contact with the UFT leadership, my complaints seem to be still valid.

I was told by a teacher in the Bronx that he had a conversation with one of the union leaders why the union does not go after the administrators that target teachers or have skeletons in their closet. This union leader who is in the highest rung of the UFT leadership, apparently told the teacher it is our union's policy not to go after a fellow union member from the CSA. The teacher was flabbergasted and said that this so-called union solidarity doesn't work both ways as many teachers are reassigned and receive 3020-a charges by the administrators. The union official responded to the teacher and said that is our policy.

"UFT should not allow letting us twist in the wind of rotten press. There are many shocking stories to be told about reassigned teachers, veritable martyrs of Klein’s inquisition. But the UFT has washed its hands of the least of the brethren".

I may not totally agree with the reassigned teacher but it does appear to me that the union has not stepped up to the plate and have allowed the DOE to demonize the "rubber room" teachers in the media without any push back from the union. Yes, some of the teachers in the "rubber room" are guilty of what they are accused of but what about the other 90% who should never of been removed in the first place and are simply victims of vindictive administrators who care little of union loyalty while being protected by our union's misguided policy of protecting them. No wonder we have a hostile classroom work environment and overcrowded "rubber rooms". With a union leadership like ours, it is no wonder that the administrators feel they can do as they please.

It is not just the reassigned teachers. it is everywhere and every place. Be it ATR, be it LTF, be it grievance, be it harrassment. UFT's policy is to give up some individual members to protect their core interests. It is the strategy of trading the space for the time.

UFT leadership actually have a good time, why not to make the good time roll? The ones who suffer are in the classrooms, not any of UFT people.

Chaz
It is a mistake to take Mulgrew's tone seriously- there is an election going on. Randi sounded the same way when she took over.

Your story proves that there is no difference in UFT policy. I was writing almost your words exactly 13 years ago in Ed Notes. I even put up a reso calling for the UFT to urge the end of tenure for principals since they were our enemies as a bargaining chip with them to get them to lay off these attacks. Unity turned it down overwhelmingly though Sandy Feldman told me afterward she loved it but they can't go after a fellow union. Nothing has changed.

And mark my words - nothing will. I'm looking forward to your attitude towards Mulgrew in 6 months.

Chaz, am surprised at your comment: "Yes, some of the teachers in the "rubber room" are guilty of what they are accused."

If on the other hand these educators are charged with something less than a jailable crime (e.g., incompetence), they have every right to retain their salary and their job until it is sorted out. There is way too much retaliation (for whisteblowing, union activism, etc.), personality conflicts, quirky but not incompetent behavior, and perhaps even ageism and racism for us to pass judgment on any individuals now spending their working day in rubber rooms.

UnderAssault is correct that many of the members are in the RR not for true 3020a charges but for less serious offenses.

My principal tried to place me in the RR because of my proactivism in the union. So she tried to place 6 LIF in one day! That's right in one day! She gave two letters to the AP to give to me and later that day she came and gave me 4 letters. Fortunately, my DR came in and fought for me and only 4 LIF were placed. Of course, the letters were so ridiculous and mostly trumped up charges. If I were not the CL, these letters would not have been given to me. The principal did this so she can u-rate me at the end of the year.

Here's the sad part. I was represented at the hearing by a retired union rep who didn't remember any of the contract agreements and DoE bylaws. I had to represent myself and the u-rating was sustained even with those flimsy, trumped up charges.

The point here is that the principal was trying to place me in the RR so that she can roughshod through the members' rights which I did not allow her to do.

I would like to see more protection in the contract for chapter leaders. I wonder about the following. If a DR gets agressive with a supt or a union officers protest in front of a school, they're not thrown in the RR for upholding the contract or for defying those in authority. So why should CL's be the pawn and martyrs so the union can look bold in their action. Let's fight to get a provision in the contract to protect CLs who fight for the members' rights because the whistleblowing protection bill is NOT working. There are too many of the members in the RR that deserve to have their hearing asap.

The it's high time teachers pursue an independant law firm which will pursue law suits whenever possible against fraudulent supervisors.

since the UFT won't do it, I'd GLADLY contribute another $50 a month to a law firm with VERY sharp teeth which could become a factor in the mind of a fraudulent AP or Principal who considers fraudulent persecution of a teacher's career.

First, most of the 10% I mentioned are accused of criminal issues and the 3020-a charges usually follow the criminal case. As for the incompetence cases, I agree with you that lesser misconduct and incompetence should not even be sent out of the school.

I agree with you on CL rights and wrote about this previously.

I have previously stated that an independent investigator should be involved in determining teacher removal.

Chaz - obviously being accused is not the same as being guilty. I was just commenting on your calling some people in the RR guilty.
If they are already proven guilty, there are places for them to be, but not the rubber room — returned to classroom (with a slap on the wrist or fined), fired or suspended outright, or in jail.

As a CL who was harassed, lied about,and completely tortured last year I know first hand that had I not wrote directly to Randi my butt would have been sitting in the RR! My DR knew what was going on , and so did the borough rep. Hind sight is 20/20. I now believe they not only knew what was happening to me , but actively participated . "They" egged on a person who was running against me as CL. They spent hundreds and hundreds of dollars on campaign posters for" their" boy after they accused me of cheating, and sent in the UFT to redo the election. I will always be thankful to Randi because if she hadn't "stepped in" I would have been a goner. I was also a "U" rated advocate who fought tooth and nail ON MY OWN TIME to help U rated teachers. The UFT no longer asks me to do advocate work even though I was damn good at drilling principals and even winning in some cases. I hope you are correct about Mulgrew , however I have seen the "solidarity" and it doesn't include the rank and file!

That are the statistics. 10% get terminated, hence to the outside world they are "guilty". Whether they really are? I do not know.