The "Leadership Academy" Principal And Her "Children Last" Policy 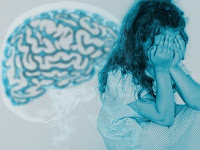 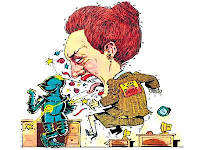 A veteran teacher told me a real horror story about how her "Leadership Academy" Principal's dislike of an applicant was more important than what was best for her special needs children. While I cannot confirm the story, I have no doubt that the essence of the story is probably true.

The veteran teacher was not one of the disgruntled teachers but kept to herself and did her job. She became one of the very few staff members the Principal trusted and was asked to sit in on the interviewing of Speech Therapists to fill a position in the school. Many of the people interviewed had worked under a contract for a period of weeks or months at the school and were not only familiar with the school but were known by the staff,including the Principal. One applicant stood out among others, she was an older women (in her 40s) who had come back to the field after staying at home to raise her children and seemed to have a real connection with the students in the school. Every teacher raved about her and even many of the autistic children seemed to respond to her and even asked for her when the contract was over. Quite a breakthrough for any teacher to get autistic children to respond that way. However, this Speech Therapist had a problem, the "Leadership Academy" Principal. It seemed that he Principal had interfered with the Speech Therapist's session at a time when she was achieving a critical breakthrough with a child. The Speech Therapist let the Principal know as nicely as possible that this was not a good time to have a talk as this was a critical moment in her session and she would speak with the Principal later that day. The Principal was obviously not happy about it but agreed to talk later. Fast forward to the interview process and the Principal, remembering her unsatisfactory encounter with the Speech Therapist saw this as a perceived slight and hurt feelings, she decides that this Speech Therapist is not appropriate for the position and another Speech Therapist gets he job.

The result is that the "Leadership Academy" Principal did what was best for her and not what was best for the special needs children of her school. Tweed would be proud of her as she is a shining example of the DOE's "children last" program.
Posted by Chaz at 12:30 PM

I realize it was a typo - but it was perfect. She is a "shinning example."

I work for one as well.

oops. It was a typo and thanks for the pun.

It serves me right to relay on spell check.

I know there is a bigger picture behind this but it seems as though the Leadership Academy graduates need to develop a thicker skin. They seem so emotionally unstable. Perhaps being an effective leader requires some maturity and experience in the field of education???

That is the point. Her lack of classroom experience and her total lack of years in education while being given all this power is the problem.

All the candidates were qualified so I don't see this as a grievance.

And Joel Klein truly believes if we give up last in first out it will be based on merit.

Leadership in these mini schools today, in NYC, simply means that you have to be the "type" that they are looking for at Tweet. They want not anyone with many many years of experience in the trenches, in order to prevent them from having much sympathy or empathy for classroom teachers in general. There are not many, if any, principals that have climbed up the ranks from teachers, to APship and finally Principal's position.

Let them lie all they want down at Tweed Lyin' Hall. The fact is that they simply want managers that have little or no idea of what is happening academically in the classroom, people who has multiple/and often contradictory classroom goals whose number will often have you chasing your proverbial tail, teaching 3-5 levels in a regular classroom.

A principal with 2 years of teaching under the belt, spare me the nonsense.

Nice brief and this fill someone in on helped me alot in my college assignement. Thanks you as your information.

Approvingly your article helped me terribly much in my college assignment. Hats incorrect to you send, choice look audacious for the duration of more interrelated articles without delay as its one of my favourite issue to read.

Sorry for my bad english. Thank you so much for your good post. Your post helped me in my college assignment, If you can provide me more details please email me.