A Child Drowns, A Teacher Is Fired, An Assistant Principal Is Demoted While The Principal Remains In Charge. Something Smells Here. 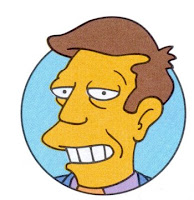 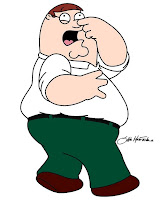 One of the most interesting stories going around in the media is the less than a slap on the wrist that Principal, Jose Madonado-Rivera received from the DOE after he was found to be at fault for the death of 12 year old Nicole Suriel. Despite a Special Commissioner Investigation report that lays the blame on the Principal, as well as the Assistant Principal and the teacher. The Principal was given a free pass. By contrast the Assistant Principal was demoted to teacher and had his salary reduced by $35,000, and the first year teacher was fired. In fact, the DOE press department said that Tweed awarded tenure to Madonado-Rivera nine days after Nicole's death. The problem here is that principals do not get tenure! They previously gave it up for a significant pay raise back in 1999.

The question is then how did the DOE award the Principal tenure? Let's see did Principal Madonado-Rivera work for the DOE before coming out of the infamous "Leadership Academy" and become Principal at Columbia Secondary School? It appears not. How about as a classroom teacher?He certainly did not for the New York City Public School System. Therefore, how could he have obtained tenure? That question remains to be answered by the DOE. I will be very interested to see how Tweed tries to wiggle out of this problem. Furthermore, the Principal has been accused of various infractions and abuses by teachers at the school and some teachers have left the school because of his abusive administrative style. Finally there is some question about the Principal-directed fundraising practices that may have violated the Chancellor's Regulations and pressured both parents and teachers to do their part in raising money for the school. The New York Times article has only skirted this issue. So it is not that this Principal had a good reputation with his staff for the DOE to take into account his lack of punishment.

Articles about the situation has been written about by many information services. The New York Daily News, The New York Post, The New York Times, as well as Gotham News and ednotes online. I suspect that more articles will appear about the Principal and how he runs the school before it disappears from the media.

While it does not surprise me that Tweed did not punish the Principal as I have written about the double standard previously, what does shock me is our union's apparent inaction in taking past teacher complaints to the Office Of Special Investigations (OSI). What were they waiting for? What union leader told the teachers at Columbia Secondary School to take their complaints to him or her? How would the union protect these teachers from retaliation since they are not one of the agencies that is protected under the whistileblower law while OSI is. Michael Mulgrew and company have a lot of explaining to do. To say I am increasingly disappointed with the Mulgrew Administration is putting it mildly. Here seems to be just another case on the union's failure to protect the teachers they represent.
Posted by Chaz at 10:55 AM

This brings to mind the Dorney Park incident of many years ago when a New York City student drowned on a class trip to Pennsylvania. This was a swimming/amusement park that was open for operation so there are many differences of course. There was a huge investigation and it can be found somewhere on the web I am sure.
One of the many questions I would ask the now tenured (?) principal is how many teachers (that is right, teachers) he thought was an adequate number to send. He sent 1 first year teacher if the press reports are accurate. Clearly, and tragically, that was not enough.

The creepy part is that this ISN'T front page news in the tabloids.

Shows how strong a grip Mayor Scumberg has on the entire media establishment in this town.

If heads don't roll on this one, we are all VERY screwed. I don't see any hope for the ATRs or the future of older teachers. There will be a final purge, and that will be it.

He's a dictator, and a scumbag.

The DOE has been giving offf a stench for quite a while here, under the so called "leadership" of this Mayor and his Chancellor.

All of these blogs are preaching to the choir, however.

Only when the PARENTS and the GENERAL Public wake up and get angry and take action, will all of this end.

Unfortunately, it would appear that too many people in our city have become convinced that they can't fight City Hall, and that's the way it is.

There can be no outrage from the public, parents,etc. since the media is TOTALLY controlled here! Where the hell are we living, Stalin Land?

If I'm not mistaken, didn't Chicago's CORE have the use of a cable TV and radio channel?

We need that here.

There is a fact in this tragedy that has not been mentioned in the media anywhere. Just a few days prior to this drowning a college student who was a NYC high school graduate in 2009 drowned at the same beach. Red flags should have gone up everywhere yet, no mention of this. Something smells allright and the direction it is blowing from is lower Manhattan 52 Bdwy towards Chambers Street and back.

I posted a blog on Gotham Schools where I blamed the death of this child on bad decisions, inexperience and asked why this principal is not being held accountable. I then questioned whether the coverage by the press and the outrage by the City would have been greater if the child had a different zip code. I then gave an example using the death of my onw student 4 years ago. A blogger called UWSParent responded to my blog by misrepresenting what I wrote. He said I blamed the death of the child on racism. If you read my blog under "VEGA" you will see that I NEVER said anything like that. However, the mere fact that UWS (Upper West Side) Parent misread and misrepresented my blog means I may have hit a sensitive spot. Just love NYC covert racism

In the bizarro of the DOE it is not what is met, it is how they intemperate it. The same goes for people who have their own agenda.

FALSE: "Principals do not get tenure."

You can see on page 72 of the current CSA contract (the principal contract for NYC) that principals still can get tenure.

Chaz is right Fred. Principals lost tenure awhile ago. APs did not. Principals can go back to tenured APs if it was their last civil service title. However, principals, even when a child dies under their watch, have even more protection than a tenured AP or teacher. It just be like that :) Please take my slang and sick humor as a way of releasing my disgust.

The principal should absolutely fired. How could a trip like this even have been approved??? I don't blame the teacher. She was a first-year teacher. The administrators were supposed to have known better.

But the teacher takes the fall. Very nice. Not surprised though. This is very typical of the abusive practices by the BloomKlein administration. Expect more tragedies with the system they've set up loaded with educators with little to no educational experience.

Keep running our schools like a business, Klein. It won't be long before it's YOU who loses his job. And you will. It's only a matter of time.

Chaz, I too expect this is one huge coverup by our union as well as by the DOE. After reading the commission of investigation the one glaring question left unanswered in the report was the purpose of the fund raising walk-a-thon. We know that the principal was on a week long trip to P.R. with the "winning " class . Did the students raise the money for the trip to P.R.? I know they mentioned Earth Day , but what was the connection between Earth day and P.R.? This made the other class , who tied the amount of funds raised insist on going on a beach trip. ( which the principal promised was to be at orchard , where there is barely a wave. What is also very curious to me is that the UFT is stating that the complaints against the principal weren't lodged as safety grievances till two or three days after the drowning. Even more surreal was the principal was able to charter a bus back to school with the students after the tragic event. He had the power and the cash to do so at the drop of a hat. One reason the AP stated he remained at the school was because there were extra funds on "P" cards that were not spent and if they were not spent immediately they would have not been able to roll the money over to the next school year. Hindsight is twenty twenty. They could have spent that money in a more productive organized fashion. If this is not a cover-up then why didn't Mulgrew issue a statement as soon as the teacher was fired? The incident began minutes after they arrived. The teacher and the intern Wong were in the water trying to save the children. I am more than disgusted . I am completely outraged. The UFT is throwing that teacher to the sharks while the admin is getting away with murder literally. I do have some compassion for the AP because he was the one according to the report that the children hounded about the trip. This tells me he was at least involved with the students. I am not saying the principal is a bad man and allowed this to happen on purpose, but certainly his carelessness caused it. I really hope enough people like yourself and like minded people continue to write to the newspapers and comment on facebook to demand fair treatment. It was not the teachers fault. She was following orders.

The UFT's behavior here is simply outrageous, corrupt, and this tragic event is a microcosm of the UFT's role with teachers-TEACHER'S BE DAMNED.

And sadly, that the tabloids aren't jumping all over this with front page stories is also an indicator of the collusion between Mayor Scumberg and "The Press." Scumberg is a major media player, and he must have all of these two bit editors and journalists biting at the bit to kiss his sorry ass to get a job from him later down the line.

This sad event COMPLETELY illustrates what we are up against unless we someohow take the bull by the horns and change course here as far as union leadership, and whatever else we can come up with to FIGHT!

I understand the Daily News is looking into the tenure issue and how did the Principal get his job.