The Schools Face A Second Semester Budget Cut But Don't Look For High School Principals To Target Their Parent Coordinators. 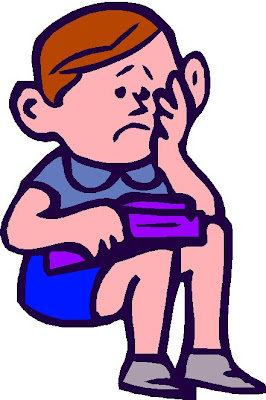 The New York City Public Schools face an additional budget cut starting on February 1, 2011. Where will the cuts come from in the schools? The teaching staff? School Aides? Guidance counselors, Paraprofessionals? After-school programs? Or per-session activities such as sports and clubs? Probably a combination of all of them. However, one place the Principal will not cut is the near-useless position of parent coordinator at the High School level. The parent-coordinator serves at the whim of the Principal and can be eliminated by a simple Principal directive. This is because the parent coordinator was usually selected due to his or her friendship with the Principal in the first place. For example, one parent coordinator got her job because she was the Principal's hairdresser, I kid you not and remember how the Parent Coordinator got and lost her job at the Columbia Secondary School? Here.

The Parent Coordinator title was created in 2003 and was a reward to DC37 for their willingness to accept the lousy contract that resulted in the terrible 2005 contract that brought us the ATR crises, lose of seniority transfer , and eliminating the grieving of a Letter-To-The-File among other reductions in the teaching profession . While the Parent Coordinator does serve a useful and sometimes necessary purpose in the elementary schools when used properly. However, in the secondary schools, especially in the high schools, they seem to be just another layer of bureaucracy that insulates the Principal from the parents. Many of these Parent Coordinators are near useless when it comes to helping the school's children. Furthermore, they seem to be only answerable to the Principal. If the Principal needs to reduce personnel for the second semester, let's start with the near-useless position of Parent Coordinator.
Posted by Chaz at 3:32 PM

While I do agree with many of the things you say, the parent coordinator does serve a major function in a school like mine. She has helped many parents deal with difficult situations and everal years ago she found resources to help one of my students get the health care needed. While they do serve at the whim of the principal and insulate the principal from parents, they are helpful too, more helpful than most teachers know (at least the one in my school is.)

This is a stupid post. There are more than 400 high schools in NYC are opinion is based off of your experiencing with less than 0.5% of all NYC high schools.

You need to look beyond a school or two before making such broad generalizations.

I know many of you like to point out when grammar/spelling errors are made, so let me re-write my last comment:

This is a stupid post. There are more than 400 high schools in NYC and you are basing your opinion off experiences with less than 0.5% of all high schools.

You need to look beyond a school or two before making such broad generalization.

I always have questioned what my Parent Coordinator does. I see her in the office on the phone and when I asked the Chapter Leader what her responsibilities were, she shrugged her shoulders and said she runs interference for the Principal when parents complain.

I know many of you like to point out when I make stupid comments.
You need to look beyond my comments before making such broad generalizations.

Look, if you stop making stupid comments and come up with intelligent ideas it would help make you credible.

Wrong again, Chaz. Meaningful cuts do not happen when your union goes after a position occupied by another.
The termination of the QRs and ARIS and about 10 other Tweed multimillion $ programs are where the cuts must come.


I agree that any cuts should come out of those worthless programs. However, we both know that it won't. Furthermore, the principals have already been informed that Tweed expects them to cut their school budget by 2.7% for the second semester, where will it come from?

Sometimes I don't understand you. The parent coordinator position is essential for the proper operation of my school. Our PC helps out the principal so that she can do important things. It would not make sense to make the principal get her dry cleaning or bring her car around from the parking lot. The PC gets things done that teachers will not do. God bless them.

A parent coordinator was the reason for me being sent to the rubber room and being screwed by the DoE since 2004.

They should lose their jobs since they serve at the pleasure of the principal, screw them all.