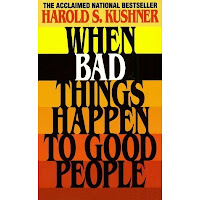 I was shocked when I picked up the New York Post's four-part series on "bad teachers" and saw my friend and colleague, Amy Woda as one of these "bad teachers". I have known Amy for over three years and can tell you there is not a nicer or more caring person around. Yes, I know the New York Post said she was fired for incompetence and not for any misconduct. However, if you knew Amy like I do, you would quickly realize that Amy is not an incompetent teacher, far from it. Amy was targeted by a vicious "C" rated Principal who saw an astounding 75% turnover in her school in a five year period. Many of the teachers that left the school were older, highly-paid, and dare I say Jewish as was so alleged to me. The "C"" rated principal from the infamous "Leadership Academy" had a total of three years (I don't even know if she actually gained tenure) of classroom experience and never taught 2nd graders. Yet she charged Amy with incompetence.

By contrast, Amy Woda had taught in the classroom for fourteen years and did not receive her first "U" rating until the 2006-07 school year, that was the year the Principal targeted Amy. Like all teachers who were targeted with incompetence accusations, Amy was pressured in taking the now infamous Peer Intervention Program Plus (PIP)+. The Principal told her that if she doesn't take the PIP+ program she would proceed with 3020-a charges and bring up the fact that Amy refused to take a program that was to help her improve her teaching. So Amy reluctantly took the PIP+ program. Unfortunately, for Amy she was in the first group
of teachers who took and failed the PIP+ program. The latest statistics show that there is a 90% failure rate for teachers taking PIP+ and in many cases the teachers did not realize that the PIP+ program was a voluntary program and a teacher can refuse it and not be charged under 3020-a for not taking it. However, the first group had no way of knowing this and they felt, after talking to the union, that it gave them a chance to show that they were competent teachers. The truth be told is the PIP+ person is a long-term educator and usually ended their career as an Administrator and who was paid indirectly by the DOE. The PIP+ person would have numerous private meetings with the Principal and the unsuspecting teacher would be blind-sided when the PIP+ person, at the end, would recommend their removal from the classroom. Worse, many of the 3020-a Arbitrators consider the PIP+ person an "expert witness" and in almost all cases terminates the hapless teacher. Only lately, some of the newer Arbitrators have questioned this assumption and at least a couple of teachers have escaped termination. However, until recently it was an almost 100% termination rate for teachers who failed PIP+ .

Let's look at Amy Woda's case and see if she was really incompetent? Amy's was a 2nd grade teacher who saw all of her students advance academically to 3rd grade during the two years that the Principal gave her "U"s. Furthermore, during this time no parent ever found fault with her teaching. More importantly, the children developed academically, despite Amy's suspicion that the "C" rated Principal appeared to put many of the behavioral and academic problems in her class as part of the Principal targeting her for incompetence. Despite this Amy's class compared favorably academically with the other second grade classes and was, at worst, in the middle of her cohort group of second grade teachers. However, Amy, once targeted by the "C" rated Principal, it was only a matter of time before Amy was removed from the classroom for alleged incompetence. Removing Amy was not enough for the "C" rated Principal she tried not to pay Amy for going to her pre-hearing, claiming she didn't have to go (the DOE overruled her) and refused to pay Amy for days that she saw her NYSUT lawyer to prepare her defense despite it being common practice to do so.

Amy's NYSUT lawyer, Lori Smith, did an outstanding job defending Amy by bringing up how her students academically thrived, that she compared favorably with the other 2nd grade teachers with similar students, the massive teacher turnover at the school once the Principal took charge, and intensely questioning the witnesses who were not qualified to judge Amy's teaching ability. This included the PIP+ person who it turned out had not taught in the classroom for fifteen years! Further, she only taught "gifted and talented" students, the cream of the crop. Moreover, the PIP+ person had no clue about the "balanced literacy" program or the "workshop model". The NYSUT lawyer felt confident that she proved her case that Amy was a quality teacher who was a victim of a Principal that wanted her out of the school by any means possible.

Shockingly, the Arbitrator had decided that the PIP+ person was an "expert witness" despite the PIP+ person's lack of knowledge about the "balanced literacy" program or working with Amy's student type. Amy was terminated for incompetence. The Arbitrator's decision was unfair and wrongheaded and he ignored all the glaring inconsistencies that the NYSUT attorney had identified. What we all did not understand at the time was that the many Arbitrators who hear incompetence cases appeared to have decided if the PIP+ person is credible, the teacher is as good as terminated.

In Amy Woda's case I can only say "bad things happen to good people" and that fits Amy to a tee, personally, and professionally.

P.S. Amy Woda is a very pretty women and the picture they took without her approval does not do her justice. Please read untamed teacher for more information on who were really the incompetent ones.
Posted by Chaz at 7:53 PM

As usual Chaz, you do not beleive there is a poot teacher in the entire New York City system.

Get your head out of the sand!

Listen, DOE drone--I personally know Amy Woda and can attest that she is a perfectly lovely and intelligent woman. She is a classic example of a Bloomberg machine victim. Bloomberg, under whose aegis the infamous "Rubber Rooms" tumefied like the bloated, infected pestilence that they were, an affront to basic human rights. Amy was no more incompetent as a teacher than the moon has fallen from the sky. Her protracted agonies over the incredible number of hearings she had to suffer through would have raised red flags from Amnesty International, had it been people of another country.

Tell us, O Head Up Your Butt--how much is Emperor Bloomberg paying you to post your inane, unknowledgeable drivel? Do the world a favor, go green and save us all some bandwidth.

I am glad to see chaz has a friend that also does not believe there is a poor teacher in the entire New York City system.

I was afraid chaz would get lonely being the only one with his head in the sand.

You really are a piece of work. It was only last month I wrote about some "bad teachers". I must assume you are either a Tweed or Bloomberg flunky who fails to read the entire body of work on my blog.

Why don't you crawl back into the hole you came from. I wary of your one-sided and unintelligent comments.

Anonymous said...
This comment has been removed by a blog administrator.
6:15 PM

Anonymous said...
This comment has been removed by a blog administrator.
10:29 PM

It is one thing to disagree with me. Its another when you make assumptions that are not only untrue but malicious.

I do not delete commentors who disagree with me, only those that launch personal attacks and outrageously false comments. That is you.

What was false about my comments?

That you enjoy these little followers who kiss your ass all day?

That I never talk about "bad teachers" for one. An outright lie.

Furthermore, I find your arguments without merit as you never seem to have an intelligent comment worth discussing.

You admit that there are only a few teacher total who are poor quality. In all actuality there are numerous bad teachers in each school.

You refuse to admit that poor quality teachers are part of the problem. You can pretend that it is not a problem all you want but it is a problem.

Anon 12:23 PM, that was an exceptional response! I particularly enjoyed the bit about "Bloomberg, under whose aegis the infamous "rubber rooms" tumefied like the bloated, infected pestilence..."
Thank you!

Chaz, thank you for your excellent and heartfelt piece!

Thank all of you for kissing Chaz's ass. I know how much he loves it.

Anon 11:20 AM/7:14 AM,
"This practice of having long fingernails is so pernicious, that it is forbidden even in witchcraft."

You really prove my point, instead of writing about why I might be wrong, you simply insult.

Of course there are "bad teachers" but they are protected by administrator or the DOE legal services make a deal with them for a fine and a course yet you simply ignore that fact. That is why I cannot take you seriously.

Why don't you simply admit that "bad teachers" in the classroom is the fault of the DOE and not the teachers' union. Maybe then we can have a real duologue.

Hello from a real HS teacher. Every NY classroom teacher knows that bad teachers are always protected by administrators. 3020a hearings are always personal. This is a fascist system .