Will The Bloomberg Administration's Hiring Freeze Be A "Game Changer" For Hiring ATRs Into Existing Vacancies? 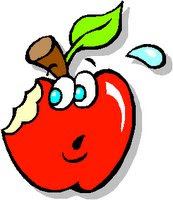 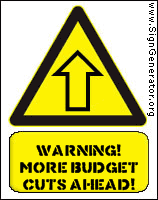 Yesterday, the Bloomberg Administration announced a total hiring freeze of new City employees as well as an across the board reduction of 2% for this fiscal year and an additional 6% cut next fiscal year. Apparently, this hiring freeze overrides the relaxation of the previous hiring freeze by the DOE over the summer. Moreover, the new citywide hiring freeze also applies to the so-called shortage areas of Physical Science, ESL, and Special education teachers, and principals can no longer request an exemption to hire an outside teacher. What is unknown is whether the hiring freeze will affect the new small schools that could recruit 40% of their teaching staff from the outside (almost all "newbie teachers") and the Chancellor's proposed middle school incentive that will replace 50% of the existing teaching force in the 50 targeted schools by using the entire "2012 recruiting class of "Teaching Fellows". The Chancellor's comments was reported in Gotham Schools, that the hiring freeze is total and no new staff can be hired from outside the DOE. Of course, let's see what happens during the summer of 2012 when the new schools hiring and the Chancellor's initiative goes into effect?

If we are to assume that the DOE will not allow any exceptions to the citywide hiring freeze (knowing the Mayor and his poodle, the Chancellor, an admittedly unlikely assumption, especially as the summer of 2012 approaches and look for a new LIFO bill from the Mayor) it may be a real "game changer" for the 2,000 ATRs. Already some "newbie teachers" are fleeing the classroom. In my friend's high school, two "Teaching Fellows" have already left the school leaving eight science classes uncovered and the Principal told my friend that he cannot find replacements for the classes. When my friend reminded him that there are ATRs who are Science teachers, the Principal frowned and said he might have no choice but hire from the ATR pool. With the hiring freeze, this scenario should be the rule with principals having little choice but to place ATRs in their vacancies.

The real question is whether the Bloomberg Administration will require the DOE to abide by the hiring freeze or will they allow the DOE to insert loopholes that make a hiring freeze meaningless. Only time will tell.

That leaves the union's role in this. The union most shake off their apathy about the ATR crises and demand, through the media, that all vacancies must be filled by ATRs to save money and ensure that a "quality teacher" is in the classroom. Furthermore, require that DOE to become fiscally responsible by cutting the Administrative bloat at Tweed and making sure that no outside consultants are hired during this time of fiscal constraints. It is up to our union to put the DOE's "feet to the fire" to ensure the dwindling resources are spent in the classroom and not on the already bloated Central Bureaucracy.
Posted by Chaz at 5:18 PM

You know that in order for the DOE to become fiscally responsible the following must happen:

1. Fire all district superintendents.
2. Recover missing millions from insider contracts.
3. Relinquish power back to community boards.
4. Sell Haggerty's house and use money for ATR defense.
5. Get rid of that poodle.

I expect that the "hiring freeze" will be lifted or relaxed from June - August, and then conveniently put back in place sometime toward the middle of September.

I also believe that this "hiring freeze" will be just as fake as the previous one, with waivers being granted to principals who simply call up the network office and ask for one.

If this turns out to be a game changer and a REAL freeze, well, I'll be checking the temperature in hell and looking out the window for flying pigs.

NYS law requires Superintendents in all School Districts. So #1 is out but the rest of your suggestions are fine with me.

We think alike. I also believe the hiring freeze will be loosened during the June-August period and then reimposed in September. I hope we are both wrong.

all political grandstanding, principals still play games even w/ a hiring freeze to get people in the system. it's a joke!

The law does the city respect the law they do not even respect judges orders. As we see in the FDNY case. The city refused to change it's hiring practices for 40 years and Bloomberg chose to fight until the bitter end. The class sizes lawsuit is another example of the law being broken. They do not respect anyone but themselves.

Isn't it true that many ATR are teachers, such as Chaz, who were convicted after a 3020-a or took a settlement?? Such teachers can still claim their innocence just like many inmates on death row.

Seems to me that many ATR are lucky to have a job. Don't you agree??

Once a jerk, always a jerk. You make assumptions and conclusions that are untrue or grossly exaggerated. You must really hate yourself.

Yeah we're lucky alright. Never know with all the cuts and Walcott's new middle school initiative you may be an ATR next year..then see how lucky you are!

the way i look at it, they want a sub, they got one. i'm not staying for parent/teacher night, faculty conferences, grade mts, etc etc. once the kids go, i go. that's what subs do!

I agree! Why am I staying or a faculty conference...I'm not faculty. I am a visiting sub!

we have been placed out of subject, out of license, are given programs 5 minutes before the kids come in. We don't know the kids, the 'real' teachers don't know or want to know what an ATR is(but they'll find out when it happens to them), and administration has no clue what to do with us. What a dumb system!