The 3020-a Process Revisited Since The "Rubber Room Agreement". 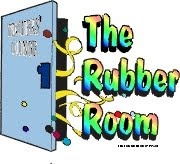 First, principals can no longer dump teachers out of their school and get them off their payroll in sixty days as before. Previously principals could remove a teacher based upon an unfounded accusation or frivolous actions. This is especially true of principals targeting higher paid senior teachers and the "rubber room" reflected this. Now the teacher stays at the school and may even continue teaching during the 3020-a process. This is a disincentive for principals to remove teachers since not only they no longer get budget relief but would have to hire a replacement to cover the classroom. The result is that fewer teachers are being charged under 3020-a. However, any "serious misconduct" as defined by the contract will result in the teacher being removed from the school.

Second, the 3020-a process is definitely moving faster. Most cases are done within 180 days, start to finish and the Arbitrators are seriously trying to meet the more stringent time limits.

Third, with no "rubber rooms", the free exchange of information has slowed to a trickle as both the DOE and UFT/NYSUT maintain absolute secrecy of the goings on in the 3020-a process. Therefore, the charged teacher is totally at the mercy of the NYSUT lawyer and is not informed enough to ask hard questions or take this advice.

Finally, with less frivolous cases concerning misconduct going to 3020-a hearings, anecdotal evidence suggests that Arbitrators are more inclined to terminate teachers. Remember, unlike the State, the DOE and UFT select a panel of Arbitrators who depend on pleasing the two parties if they want their position on the board renewed yearly. Since the DOE is more aggressive in exercising that right, you can guess that the Arbitrator decisions will lean heavily toward the DOE position. As for teacher incompetence? Nothing has really changed there with teachers who were foolish enough to take PIP+ have a 90% chance of being terminated.

It would appear, based upon the information above, there are less settlements and an increased termination rate from 25% back in June 2010 to close to 50% now if you take into account resignations and retirement. I would like to give you real numbers but the two groups keep everything top secret.
Posted by Chaz at 12:21 PM

I was originally reassigned on bullshit charges in the Spring of 07, went through the whole hearing process, and waiting for a decision since the closing argument in August of 2010. While still waiting for a decision for more than 14 months, I retired in the first two weeks of the school year. The DoE legal still insists to have a decision after the employer-employee relationship no longer exists to brunt my seperate legal challenge in the federal court. What A total waste of taxes and resources!!!