My Hero And Villain When It Comes To Teaching In the Classroom And Representing The Teachers. 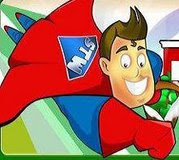 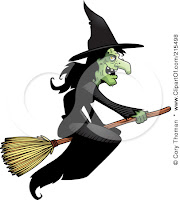 I opened up today's New York Daily News and saw that two teachers were expressing their opinions on Mayor Bloomberg's proposal to give bonuses of up to $20,000 for teachers that principals rated "highly effective" for two consecutive years n the proposed "teacher evaluation system". On one side was Bloomberg's "fifth columnist" flunkies, Education 4 Excellence (E4E). The "tools" for the Education Reform leaders. On the other side was a Chapter Leader for one of the largest high schools in the New York City Public School System and as an independent thinker is not a "tool" for anybody.

First, lets discuss the villain, E4E education reformer "tool" and "fifth columnist", Ms. Margaret Copollo, who represent an organization that consists of the "clueless" and "newbie" teachers who are unable and unwilling to see the big picture that their Mayor is trying to destroy the teaching profession not reform it. E4E is founded and funded by ed deformer groups and gets support by the DOE who conveniently gave this cancerous organization the DOE email addresses of all the teachers in the 33 restart/transformation schools. The E4E then emailed a highly misleading and inaccurate letter about the teacher evaluation system to these school 's teaching staff. Unbelievable, but true. Ms. Copollo didn't even pretend to understand the Bloomberg bonus plan saying that it is a salary increase. Either she is misreading Bloomberg's bonus proposal or she is intentionally misguiding the reader as the E4E letter to the teaching staff at the restart/transformation schools did. In either case, she fails to explain that the $20,000 bonus may come out of the school budget and few principals will be inclined to give even the best teachers two consecutive "highly effective" ratings if it comes out of their increasingly tight budget. Finally, just like all her E4E "fifth columnist" comrades, she blames the teachers' union and not the DOE for the failure to retain the best teachers when almost all teachers will tell you it is the DOE that has made the classroom an increasingly hostile environment, with test prep being more important than good teaching. Further, she gives a free pass to the Mayor who attacks teachers consistently refusing to give them a contract he gave others and then tried to layoff over 4,000 of us last year. Ms. Copollo, shame on you and your cancerous organization E4E.

By contrast, I bring you my hero, a shining example of a "great teacher". Mr. Arther Goldstein, who is an independent Chapter Leader of a great high school and is nobody's "tool". I have had the pleasure of watching him teach and how well the students respond to him. His classroom management skills are emulated by many, including me, and has represented his school with distinction. If anybody deserves a bonus it is Arthur. He has time and again disagreed with his union and Administration and lets then know when their actions are contrary to the members interest. Furthermore, Arthur is an advocate for his teachers and unlike E4E, practices what he preaches by representing all the teachers in his school, regardless of their opinions. I doubt Arthur will ever get a $20,000 bonus since he is a great Chapter Leader and advocate for his staff and the students of the school. Therefore, I do not believe his Principal (who is a good Administrator by the way) will be giving Arthur two "consecutive highly effective" ratings anytime soon since, as a Chapter Leader, he can be a "pain in the ass" to him and take a badly needed $20,000 out of his tight budget.

Margaret should go and teach monkeys in the circus how to juggle. Finally, a moment of sanity, clarity, and reality - thank you Arthur.

Thanks very much for your kind words, Chaz!

No one believes those flunkies from E4E....just themselves. So let them make an AXX of themselves wherever they are given capacity to speak out their nonsense....So as long as they dare not to proclaim that teachers in general support their point of view.

It is such an honor for me to be his union sister.

I teach at a transformation school and got the email you mentioned from Brian Erickson of E4E and let me tell you, no one was buying their nonsense. He got back many, many replies to that email, all in opposition to their anti-teacher, union busting tactics.

Hero and villain? Come on, Chaz. I count Arthur as a good friend and hero but to characterize E4E as villains is unnecessarily muddying the waters. I have worked with some of the E4Es and believe that my time with them (they were all TFA's and left shortly after their commitment) had a profound affect on them and their thinking. After all they will, in the near future, probably have an impact on education policy.
Stay away from the name calling!

Teachers, you are about to be sold out by your union. An agreement is in the works to rate teachers on students test scores as well as other criteria. (It is my understanding that student evaluation of teachers will also be part of the package).If this is allowed to happen I expect to see as many as 30-40 percent of all teachers receiving U ratings.

They are what they are, the enemy plain and simple.

They are villains and a cancer to us all.

E4E is the enemy and the cancer!!!! As for the union news....we all have heard about their plan. Tell us something new....

E4E...mostly privileged yuppies, or yuppy robots who are here to get into "the business" of education...if the economy was good, most would do their TFA time, and be in law,med, or other lucrative career...making the most of "their time teaching poor black kids in Brooklyn"....