Well, Well, Even Chancellor Walcott, Has Finally Admitted That The Small & Screened Schools Did Not Take Their Share Of Students With Disabilities. 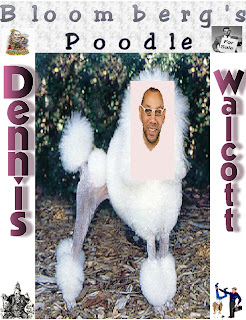 After years of Mayor Bloomberg and Chancellors Klein/Black/Walcott ignoring the very obvious statistics that showed that the small and screened schools excluded many students with disabilities and English Language Learners, the Chancellor is now facing the inconvenient truth that the Mayor's favored schools have failed to represent the communities they reside in. The Chancellor has issued an email that all schools, except the specialized schools, will have a student body that reflects the neighborhood they are located in. According to a New York Daily News article, Chancellor Dennis Walcott, has emailed the principals and told the small and screened schools that if their student body does not reflect the neighborhood the DOE will do it for them.

It is about time that the Chancellor addresses the inequalities associated with the school selection process. Why should the DOE be allowed to dump the many students with disabilities and English Language Learners in a school and then claim that the school is "failing"? If the Chancellor is serious (I suspect it will be all talk and no action, just like the cheating scandal) maybe this will level the playing field and stop the DOE from targeting the few remaining large comprehensive schools. If the Chancellor forces the principals to take their fair share of students with disabilities, will he also require that the amount of self-contained students are also proportional to the neighborhood schools? Knowing Tweed, I highly doubt that will be the case.

I suspect that the principals of the small and screened schools will take only those students who need "resource room" and are reasonably well behaved (still screened). The DOE will than look the other way when parents of self-contained students with disabilities find that their children were excluded from the schools and complain. All the while the Chancellor will falsely claim that his edict was followed and the schools represent the communities they reside in.

Success for the Chancellor as he made sure students with disabilities are accepted in the small and screened schools. Success for the small and screened schools as they take no self-contained students and limited amount of English Language Learners. Success for the DOE as they fool the mass media time and again with their phony student placement policy. However, a failure as the self-contained students with disabilities and English Language Learners who have serious educational needs are still excluded from these schools and are dumped in large numbers to schools targeted for closing in the near future.

To me it will end up as just another example of Tweed's "children last" policy. Especially, when it concerns the most needy of the students in the public school system.
Posted by Chaz at 4:52 PM

small schools simply rewrite IEPs all the time. Self-contained gets erased and CTT gets filled in. Problem solved. What happens when all the small schools start failing - many already are but teachers face a lot of pressure to pass everyone and anyone anyway they can.

Rewriting IEPs occurs in large comprehensive high schools as well. That horrendous SESIS program now mandated can be accessed by supervisors and changed to fit new "standards" whereby the school gets more "points" for putting kids in the ICT classes, removing them from the smaller self contained classes, and at the same time destroying the special education department. The children involved have yet another opportunity to fail, since ICT is a sham and educationally very unsound.

As a city-wide mentor for several years I was in re-organized middle schools that were screening out troubled kids. Principals confirmed it with me. At the time I accepted it as "the policy" to get these schools up and running. The DOE enabled it and parents were ignored. It was a PR stunt just like Bloomberg's released test score results and graduation rates. Reporting by NYTIMES on 1/27 @ Schoolbook shows a 13% college readiness rate. Shameful!

I work in a small school. Regents come around and teachers with integrity are excluded from the grading process while those who "know" what their students really mean to say on the Regents are allowed to fluff the numbers. No chance of any big changes to that in the near future

So the small schools rewrite the IEP's putting children in a least restrictive environment. These students' have their disabilities miraculously changed! ICT is a joke. Students who are mandated for self-contained belong in self-contained. Small schools cant handle it.