Humiliating Teachers By Publishing Their Scores Based Upon Faulty Tests, Will Result In An Exodus Of Teachers And Hurt Student Academic Achievement. 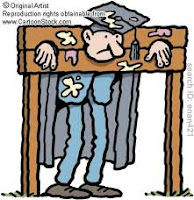 The news media has had a field day in attacking New York City teachers by publishing their bogus TDR's despite the large errors associated with them. The errors associated with these TDRs are so large (53 for English and 35 for Math) that makes the TDRs meaningless. Worse, the maximum TDR error was calculated to be to be 87 for English and 75 for Math, yet the news media think these numbers actually mean something. Furthermore, the latest school year used for the TDRs was for 2009-10, almost two years ago. Yet the News media has jumped on the teacher bashing bandwagon by publishing articles like this. Now that all teachers will be receiving a numerical grade for their evaluations starting next year, look for the news media to FOIL the scores of every teacher in the State since a precedent has been set. Yes, the UFT and NYSUT claim that these numbers cannot be FOILED but don't count on that to be true.

Imagine, all teacher scores, which are a work in progress, will now be published by the local newspapers and open up the educators to ridicule and shame despite the flawed, and questionable assumptions used in the score. Just look at today's New York Post.The result will be that many teachers will flee the profession and as the economy recovers, there will be few people who will want to work as a teacher, knowing that their grades will be published for all to see. What sane person would work in this "climate of fear"? Look at the great article that nyc educator wrote about this issue. Better yet, read the article that Carol Corbett Burns wrote
about the consequences to students in poor and resource starved school districts.

It is hard enough being a teacher, now it will be worse as we will be"teaching to the test", try to select students based upon attendance, and behaviors, tutor only our own students, and refuse to accept difficult students from other classes, least we get artificially low scores and be humiliated in the media. More importantly, look for an increase in cheating as teachers look the other way while their students copy off each other. I guess Mayor Bloomberg will eventually get his way as the New York City teaching profession will be a low-paying, temporary position with very few getting tenure and only a select few actually getting a pension while the children that need "experienced quality teachers" will never get them and suffer academically.
Posted by Chaz at 10:23 AM

And besides being meaningless, these scores are beyond the control of the teacher. I can tell my students that the test coming up can and will affect their ability to walk during graduation. I can point out (with out names) the friends they have who will not walk. And I cannot make them take the test OR the test prep seriously.

If it were my test, I have control - about how and when and how much I study.

Add administrators who think the time to tell you they want to rearrange your room (?) is DURING an observation - or to critique the material you use (again during the observation and when the county provides nothing in resources). I have to ask myself why anyone would want to teach.

Everything you say is true.

Darker now that our unions have caved to an evaluation system just as error-riddled as the one used in the TDR's.

We have only ourselves to blame, however (I mean teachers in general, not you and me...)

Teachers have been very complacent in the face of reform after reform that has eroded protections, rights, autonomy. And instead of fighting test-based "accountability" that uses an error-riddled VAM, teachers have either remained willfully ignorant of t what is coming or have shrugged and said "Oh, well, what can you do?

I tried to educate people in my building about the new eval system the Friday before break. Most people didn't know anything had changed, those who did didn't think anything bad about the changes, and a few just repeated the horseshit they had read in Mulgrew's morning email.

Only one or two knew about the change from S/U to 20+20+60= ineffective/developing/effective/highly effective.

Depressing. But I guess that's kind of what has happened to our society as a whole.

Everybody is too busy watching bullshit on TV to pay attention to the ways the corporate/financial/political elites are taking them to the woodshed.

Outstanding blog. You could not have said it any better. When the economy improves in a few years, NYC is going to have to start looking for teachers overseas again just like in the 90's. The only "good" I see out of all this is that I think there may be a stronger relationship between principals and teachers as we are all now in the same boat. Principals are going to be rated just like teachers and they are not at all happy with the massive amount of data/observations/pressure that will be placed on them when the law goes into effect. There are still many old school principals who know who the "good" teachers are in their schools and I think they may be left alone as administration will have bigger fish to fry with other things.

This past week the AFT endorsed president Obama for another term. Randi Weingarten also allowed the political might of the UFT to be swayed to grant mayor Bloomberg another third term. Those acts by Weingarten are the major reasons the anti-teacher, anti-union reformers have the ability to attack teachers nationally as is the case with the release of the flawed TDR's. I always expected the other side to push their agenda and reforms as I disagree with most if not all I cannot help but place the blame on teacher status today upon Randi Weingarten. Her common ground posturing has led the teaching profession to be as you point out in your post today under ground in the very near future. Randi and the UFT leadership should be ashamed of their inability to fight off this attack upon the profession many had fought to preserve under UFT presdidents, Cogan,Shanker and Feldman. Many old timers are probably heart broken by the current leadership who have sold out the members with agreements that have led to the current state of public education in New York and the nation. Shame, shame.

Your post title is the exact aim of the privatizers. They want a mass exodus of teachers, especially the more "expensive" ones so they can eventually institute distance learning, a true disaster for education.

Chaz,
First, I'd like to thank you for taking the time to observe, analyze, and relate your thoughts regarding important issues. It is highly appreciated.

Second, I am an 8 year teacher formerly from corporate U.S. (management consulting and the dot.com industry). I changed careers via the teaching fellows program,and I found it odd that in the education field individuals were utilizing corporate buzzwords. (students are not widgets) I found it frightening and waited to see where this was going. Well, as I predicted the education field is there.

I agree with reality based educator, teachers are to blame. I travel to different countries and I see that the moment the local, state, and/or federal gov threatens a removal of hard fought rights, they are on the streets protesting. We have a group of teachers, the majority of them, who think if I just keep teaching well and/or kiss up to the principal, all will be well. In my school the majority of the teachers wrote an oath of loyalty giving up their rights to per session and other rights.(the principal is constantly violating the contract) I'm surrounded by vassals. I have tried to educate and am viewed as a "troublemaker"
How do we counter this self distructive mindset?

Finally, corporate U.S. believes it has no other economic model to compete with, so they can take back all of the employee rights that were fought for in the past. They are doing it swiftly, and with vengeance!

There is a reason history is not given its importance in the U.S.

I regret very much having to agree with you. There is an awful lot of money in education, and folks like Gates and the Walmarts want as much as possible in private hands. That's why faux Democrat Cuomo lets millionaire's tax slide and comes out swinging against pensions. These are sad days.

Thanks for the kind mention.

I believe it best to work accordingly here as the writing is on the wall for internet education in the near future.
Whether or not you agree on the evaluation system or not, the implementation certainly will help,much more than hurt.
The free ride is over and it's bout time!

I take it you are not a classroom teacher?

This will backfire as the public will slowly realize the wacky math involved, the idiotic margins of error, and the incompetence of those in charge of calculating the TDRs.

Distance Learning...my stomach hurts from laughing. Half of the students will not be able to read the material and the other half will be playing video games...the majority of students do not want to learn that is the problem..not the teachers.

The American public are the result of an education which is anything but that. They will believe what they are told to believe, meaning "teaching" where the teacher was able to teach freely with the intent of the students coming out a better adult are over. The days of teachers helping teachers are over as the competitive game is about to begin.

The release is a sinister act. I truly thank those who have endeavored in a statistical analysis of the data, but the "deformers" are not interested in the childrens' education. This is all about tranferring wealth from the bottom to the top, the redistribution of wealth.

Also, In all the discussion, absent has been the mention of grade inflation during the sampled years, which renders the data, again irrelevant. The following is an interesting paper on NYC's test inflation