Does The DOE Really Dump "Low Achieving Students" Into The Large Struggling Schools? You Better Believe That They Do! 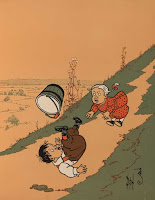 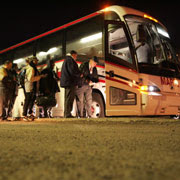 I am now in one of those large struggling schools that Mayor Bloomberg has threatened to make a "turnaround school" and eliminate 50% or more of the teaching staff. However, unlike the real "closing schools" the Mayor and his poodle the Chancellor wants to retain the students and the Administration, To me it appears to be a bluff or a sham. I personally don't believe he can do this and if he tried it will probably end up in court. The real question is how did these schools end up struggling in the first place? Much of the cause can be blamed on the DOE's policy that eliminated neighborhood high schools and that allows many of the small and themed schools to exclude students with disabilities, attendance issues, and behavior problems forcing these already struggling students to travel long distances to schools that already struggle with an increasingly challenged student population.

My school is located in Northern Queens and mass transit to the school is somewhat limited. However, when I was going over the address lists of my students I was shocked how many of them came from far Southeastern Queens. I even had one from Far Rockaway! Not surprisingly many of these students travel two hours or longer to get to school and are having trouble academically achieving success. I wonder why? I spoke to two of those students, I will call them "Jack and Jill". They informed me that none of the small schools at Campus Magnet and Springfield Gardens would accept them. "Jack" admitted to me that he hung around with the "wrong crowd" and didn't show up to the middle school all the time and his grades reflected it. "Jill" told me that she was an 'English Language Learner" in middle school and she had a tough time learning English and was placed in an English speaking class with only a hour of language training a week. Therefore, she did poorly on tests. I'm sure if I asked the others, the ones who show up, I would get similar responses. "Jack's" mother even went to the local District Office when no school selected him and was told to reapply to the large high schools in Queens since that was his best chance and he ended up traveling over two hours each way, to get to school. "Jill's" parents simply did as was told by her middle school and she ended in a school that makes her take two buses and a train and takes almost two hours to get to school. Is it any wonder that many of these children are sleepy, tired, frustrated, and feel abandoned by the school system? What responsible entity forces struggling students who had problems in their middle schools to travel long distances and in the dark just to go to a high school that accepts them? Yet that is what the DOE does as they eliminated zoning for the neighborhood high schools and sentenced many of the most vulnerable students to long commutes and dangerous conditions just to get an education.

I am sick and tired of hearing and reading the propaganda on how the Bloomberg /Walcott Administration is improving the schools when the truth is quite the opposite. In fact, they are leaving many struggling students behind. While the DOE's slogan may say "children first" their actions show that the all the struggling children are being left behind in their "children last" policy.
Posted by Chaz at 4:12 PM

Read the NY Times story back in 07 or 08 by Sam Friedman about how the closing of Lafayette HS caused major problems for John Dewey HS(2 avenues away) now set to close. The story is typical of what has been happening throughout the city under Bloomberg & Co.

I can confirm what you say and have seen certain high schools be dumping grounds for those hard to place groups mentioned in your post. This has been going on for more than 10 years when they started creating small schools within the small building. Andrew Jackson was the first one. As they lowered the overall student population in the building and replaced one principal with 4, 5, or 6. Other schools received the overflow and have one by one been targeted and restructured. The successful schools under the last decade plus of school reform, centers around screening or getting rid of enough students to keep your numbers where they keep you business. It has never been about educating all the kids.

The small schools are NO BETTER and often worse for their lack of security and their lack of choices and their lack of just about everything. Most of them actually don't get enough applications and take 100s of over the counter kids - I think the kids you wrote about did way better by ending up in your school - academically at least. Obviously the commute sucks and yes that is once again Bloomberg's fault. HE IS A DISASTER AND THE SYSTEM IS GETTING WORSE EVERY DAY UNDER HIS CONTROL

At the school I quit, the Principal was writing us up if we didn't pass more than 80% of the students- whether they were passing or not.
And the few students we were allowed to fail were given NCs, which allowed them to take BS credit recovery classes and pass those classes anyway in a few weeks.
All this to inflate the graduation rate, so the school wouldn't be closed.
As it turned out, the school is going to close anyway.
Amazingly, the criminal Principals get to keep their jobs, when they're the ones responsible for the school failing in the first place.
Is there anyone left in their right mind that would want to go into this joke of a profession?

Problems relating to the operation of the NYC School System should be publicly called directly to the attention of Chancellor Walcott and the members of the Panel for Educational Policy.

If they refuse to rectify the problems, the matter could be publicly appealed to the Commissioner of Education under Education Law §310.

If the Commissioner dismisses the appeal, the next step would be to file a CPLR Article 78 lawsuit in the NYS Supreme Court, Albany County, should the petitioner wish to challenge the Commissioner's decision.

What would be so terrible if each UFT Chapter Leader were to write to Mayor Bloomberg, Chancellor Walcott and all the PEP Members on a weekly basis, letting them know what problems the school faced, and requesting some sort of relief or action?