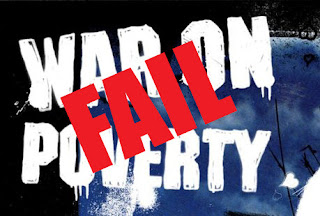 Education reformers have this myth that great teachers and schools can overcome the ravages of poverty.  This propaganda has been spouted by the likes of Ex-Chancellor Joel Klein, Michelle Rhee, Mayor Bloomberg, Bill Gates, Eli Broad, and many others.  If only  schools were allowed to" hire and fire" at will could principals get "effective teachers" and turnaround students who came from poverty. However, the reality is so very different.  Take a close look at Camden, New Jersey which the State just took over the school system last week.

Camden, New Jersey is the deadliest and poorest city in the country acorrding to 2012 statistics.  The city had a record high of 67 murders in 2012 and had the highest percentage of murders per population than any other city.  Moreover, the average household income was $21,191 and 42.5% of families lived below the poverty level.  Violence was everywhere in the city.  Camden recorded an astonishing 2,158 incidence of violent crime in 2012.  Add that figure to the 4,573 incidents of property crime, the total crime rate was 6,731 in a city of only 77,000 residents, the highest in the nation!Worse, 56.7% of the children were in households that lived below the poverty level and 76% of these children lived in single parent households. In fact, Camden has the highest percentage of single family households in the country at 66.8%.

The City of Camden has over 200 liquor stores,  180 gambling dens, and not one movie theater or new car dealerships.  In the entire city there is only one supermarket and no restaurants.  Block after block there are boarded up and dilapidated houses and unrepaired roads.  The city's entire infrastructure needs repair and there is no money to make the necessary repairs.   Finally, it is downright dangerous to walk the streets of Camden at night and nobody does.  That brings me to the Camden schools.

The Camden schools are the worst performing schools in New Jersey with 23 of the 26 schools as designated as "low achieving".  Even the Charter schools, who try to eliminate "high needs" children from their schools, are part of the group.  Teachers and principals come and go all too frequently and it matters little how good these educators were or are, the results were disappointing.  Academically, few students graduated (44%) from the three high schools that have no screening requirements and the "college and career readiness" rates were close to "zero".  Even the two screened high schools have a "college and career readiness" rate in the teens. 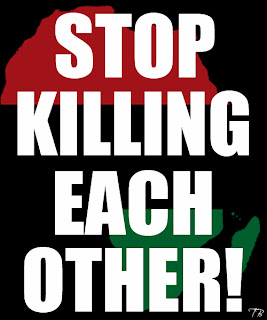 Camden is a laboratory that shows that children of poverty will end up in low performing schools not because of poor educators but because of the deep poverty, violence, and lack of a family unit that retards a student's academic development.  What sane adult would allow their 12 year old to walk a mile to a library, play in a park withour supervision, or walk around the neighborhood in violence-prone Camden?  Is it any wonder that the a city that experiences epidemic poverty and frequent violence and where there is a 19% unemployment rate, has resulted in low-achieving schools?  New Jersey Commissioner Christoper Cerf (an education reformer himself) stated the following:

"That the idea that public education can be an agent of change in people's lives despite the circumstances of their birth, is a great big lie in much of urban America".  He called the Camden schools a "human catastrophe".

If schools are to improve without addressing the effects of poverty on the students than those schools would need to follow the "Joe Clark" approach where he removed 300 "troublemakers" from his Patterson school.  In fact, his school did improve without the 300 "troublemakers" but now you had 300 kids on the streets with nothing to do all day but commit crimes and the majority ended up in jail.  While Charter schools do the same thing as Joe Clark did, at least those students can return to public school and not the streets.  Obviously, schools cannot do the "Joe Clark approach", therefore the State must attack the route cause of the schools low achieving status by bringing the surrounding community jobs, family intervention services, and proper housing and most of all safety.  That with wraparound services at the school for the students is the answer to school improvement.

To me "children first" means improving the social-economic problems in the community and wraparound services in the schools and the student academic improvement will follow.

They will take what little Camden kids do have, and replace it with something far inferior.

And in Camden they are taking a shot at all of them at once.

One can't help but agree with your quote, "children first" means improving the social-economic problems in the community and wraparound services in the schools and the student academic improvement will follow."

What takes nine months to create, takes a second to destroy. A child's whole self - the intellectual, physical, emotional, social, spiritual, intuitive self - should be first. Even in the "best" of families, this doesn't happen completely.

So many children come from violent, dysfunctional "families." How can these children, perceived as future criminals, succeed. Every time I see a student who behaves less than expected, in any degree, I visualize this person as someone's baby. It doesn't make the behaviors any less tolerable, but it reminds me that the student wasn't born to be disruptive. The cycles of poor parenting continue. And who is blamed? The teachers. We are the whipping boys and girls.

Blooming idiot - Bloomberg - is the spoiled "prince" who should stand up to his punishment. Spend 45 minutes with a 16 year old who spits and curses at you or a 5 year old who can't sit still for more than 1 minute. I guess it must be the stupid teacher's fault. Oh, there is more than one f-word after all. Fault you Mr. Bloomberg.