Breaking News - Our Union Sells Out Their Active Members Yet Again! 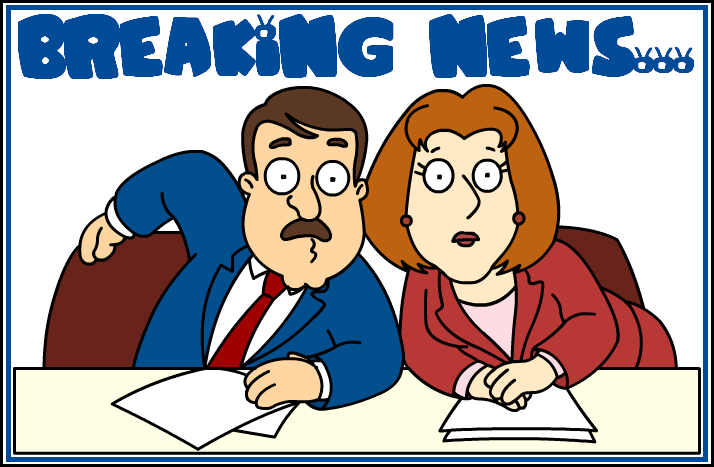 The ICEUFT blog broke the news that the UFT leadership has quietly agreed with the arbitrator on how to give the retirees their retroactive raises, immediately, which is good but unfortunately, the active members will foot the bill.

To pay for the $60 million dollar shortfall, because the union and City didn't anticipate the large amount of retirements, the contract will be extended an additional month, until November 30th, 2018 instead of October 31, 2018.  Moreover, the final raise of 3% will be delayed six weeks, from May 1, 2018 to June 16, 2018.  This will reduce the annual raises from 1.43% to 1.42% for the life of the contract.   It may not sound like much of a concession.  However, our already inferior contract becomes more so for the active members.  Interesting how it became public on Friday afternoon, just as a week long holiday begins?  I also noticed that the UFT did not mention it on their website or as a press release.

Good job Mikey in screwing the members yet again!
Posted by Chaz at 11:33 AM

I am an ATR. I begged every person, in every school to read and understand how bad the contract was last year. I got spit on by UFT leaders in each building. Well, here we go, even worse...

The city certainly raked in the interest over the 8 months that they waited to pay those who HAD retired. What is the interest rate on $180,000,000? Let's see....and who gets to keep the interest?
This was the plan all along. No one is going to tell me that the number of possible retirees had not been studied and reviewed umpteen times. The UFT and city had very careful calculations about this, and wrote the contract to maximize their gain.
The goal was to screw us all, retiree and in service member alike, while bringing more union dues to the UFT and lower paid newbies to the DOE. Win/win for them. Lose/lose for us.

These new teachers are being screwed also. The thing is that they are getting absolutely nothing from the union. (As opposed to us, who at least had some representation in the past.) They are the ones who will end up decertifying the union.

When it comes to the desperate need for a raise and an extremely inferior contract, Groucho Marx said it best.

“While money can't buy happiness, it certainly lets you choose your own form of misery.”
― Groucho Marx

While rotating around schools as an ATR (last Spring), I got up at every UFT meeting warning the rank and file about the contract; no one cared...they wanted their annul 1.8 % raises for the ten years.....raises that did not keep up with inflation.

I have no sympathy for them.

How is the contract even still valid? Experts have gone on record saying the way the retro is being paid is illegal, you cant pay retro in the future and all not pay it to certain people for certain reasons. And now they just extended it and changed dates of pay, after the vote last year.

What about pension reform? Will it effect retired and current employees or will the reform be for new hires?

I also did my Paul Revere thing while rotating around on my ATR rounds last year. I carried with me MORE and ICE literature I had printed out and left strategically on tables in teacher lounges. I brought up how bad the contract was at every conversation. I was treated as some sort of diseased pariah dog (even worse than the usual ATR pariah dog treatment). Newbie-doobies looked at me as some sort of mentally deranged weirdo, smug in their invulnerability. None of them had ever sat across the desk from their principal or AP yet, being accused of something they never did. Some of the older teachers, being old hands with the perfidious DOE and UFT, told me they intended to vote NO on the stinking contract. A few veteran teachers told me they intended to retire soon anyway and why not give themselves the money, and the hell with anyone left behind.

This current UFT has utterly destroyed any sense of camaraderie, solidarity, any sort of connection between members except for some of the babyteachers hooking up for Friday night drinks.

They richly deserve what their stupidity and snobbery brought them. It's just too bad we have to go down with their pathetic ship.

Does anyone know when the pensions will be adjusted to reflect the retro? We were originally told it would be immediately and now the union seems to know nothing. Nor do they seem to care. Why aren't the retirees fired up about this ?

UFT members retired last June based on the belief that they would receive their retroactive money in one lump sum. But when there were more retirements than anticipated, the amount of money set aside in the contract to make those payments to eligible retirees fell short. For us, it was imperative that everyone — both in-service and retired —receive every penny that they were entitled to, back to Nov. 1, 2009.

Given the scope and complexity of our contract, we included a provision that any dispute would automatically go back to the arbitrator. When the Department of Education refused to make up the shortfall, we went to binding arbitration in search of a solution.

The arbitrator has now ruled that the DOE must begin processing the full lump-sum payments immediately for our retirees. To pay for that, the arbitrator made two adjustments to the current contract for in-service members:

I wish you all a well-deserved rest over the mid-winter break. Thank you.

Lets keep this in perspective. Bloomberg left the city in the red while bragging it was in the black. DeBlasio should not be blamed for attempting to rectify the situation.

Pick an four letter word that begins with "B" or "C".

The recently retired teachers have waited patiently for their full retroactive monies, but now it will come. Those who would draw a schism between the old and the new and not so new members would do so because they are not in the position of power that they covet so madly. The city was left zero for contracts after the last mayor, so the task of pleasing all unions was a daunting one. That said, the new mayor tried to give us something from a bare cupboard. Remember: those who hate this Union play directly into the hands of our enemies. Thank you, Dr. John Marvul.

To 2:18,
A bare cupboard? That was an outright lie. I don't covet power, only representation. With friends like the UFT, who needs enemies?!

I am a recent retiree-and I feel bad for in-service members-as this contract was really only beneficial for recent retirees (June 30 and before). Mulgrew's crew did a terrible job at the negotiating table by claiming they were unprepared for a higher number of retirees. What in the world were they expecting to happen!!?They were warned by Stringer that the city only had a $180 million payable amount for retro retirees. Mulgrew was just more interested in showing Bloomberg that he could get a quick contract-with the new city leadership and also get those two 4% retros from 2009-2010-- that Bloomberg denied. However, this contract is 'very complicated for all in-service members' (Mulgrew's own words) and he wanted to ram this contract down members throats with his propoganda webcasts Q'A's- that included a 'carrot stick' fall retro buyout for June 30 and before retirees(now delayed till late Feb) with recalculations of pensions-and no one is sure when that will happen. It's simply a very poor agreement as it doesn't make sense for RETRO payments to paid out in the FUTURE over a 5 year period. I also understand that the health/medical part of the contract-can still reopened for negotiation by the city. Who knows what other 'minor adjustments' in this contract-could occur down the road. Mulgrew got lucky with this arbitrator-as it actually could have been a much harsher decision instead of a 'minor adjustment'(Mulgrew's own words). There are people who suggest that we should not hate the union. Many of us have always supported the union and still do. But I think there is a serious disconnect with current head of this union-- along with other large unions and their own membership across the country. A larger part of the rank and file have to get in involved- and seriously consider a change and new direction in UFT leadership in 2016-maybe even sooner, if possible. By the way to Anon 2:16-- I've heard that "the cupboard is bare" line much too often during my 40 year career. This current 10 year contract-now extended one month-is really less than fair and would not come anywhere close to bankrupting this city.

New Visions is such a powerhouse. MULGREW is on the board of trustees. No wonder!!!!!!! CHAZ, anytime you want to do a story on New Visions, you'll have a ton of comments. True pieces of shit. CEO Robert Hughes, and his entire staff are disgusting. Who the hell gave them so much power?