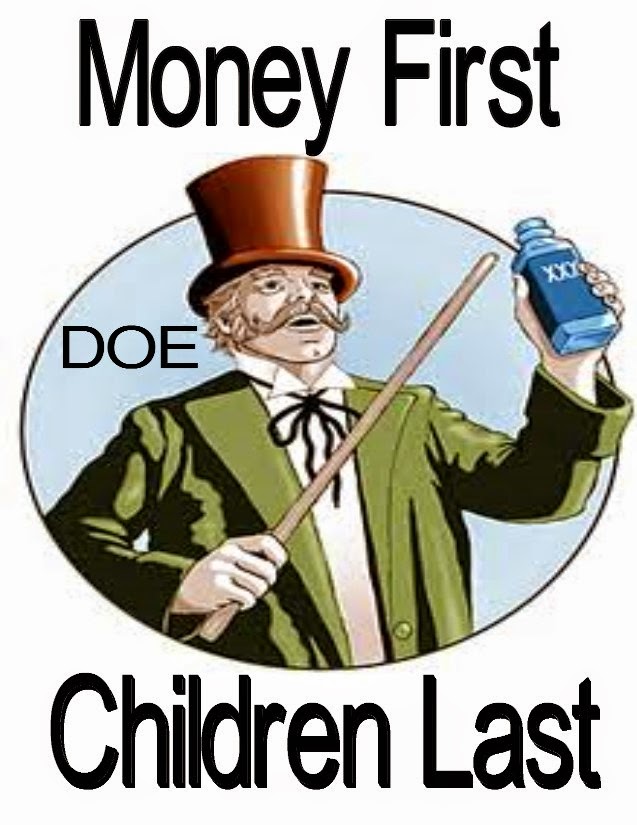 One of the most important factors for children to maximize their academic potential at school is to have a "quality teacher" instructing them.  While the various interest groups can differ on what makes a successful student, they all agree that a "quality teacher" is instrumental in student academic success. Yet, when we look at the New York City Public School System, we find that their hiring practices and policy discourages the schools from selecting "quality teachers" and forces them to hire the "cheapest and not the best teachers" for their students.  Is it any wonder that the New York City Public school students continue to struggle academically?

While external forces shape the majority of the child's academic development, like poverty, family, and community.  A teacher can make up anywhere from a 1% to 14% difference in a child's academic outcome   Therefore, if a school system really wants to maximize the child's academic potential, they should provide "quality teachers" to these students.  However, in the New York City school system, its "education on the cheap" and the only hiring being done are the "newbies".  For example, there were 6,000 teachers that left the school system last year.  However, few ATRs were hired for these vacancies.  Moreover, experienced teachers who wanted to transfer from their school and had ten or more years of experience, found that other schools were not interested in obtaining their services, despite their stellar record or reputation.  Instead the schools hired "newbie" or untenured teachers, who have a steep learning curve to achieve "quality teacher" status, to fill these vacancies.

The education reform groups and their media allies demand that all teachers be "quality teachers" but when they are presented with the clear evidence that the New York City Public School System is only hiring the "cheapest and not the best teachers" for their students, they remain silent. Better to ignore the inconvenient truth than to address the hypocrisy

The bottom line, until the City requires the DOE to revise their hiring practices and eliminate the "fair student funding" policy, its "education on the cheap" and continued poor student academic outcomes. Just like a snake oil salesman, the DOE will claim its "children first" but in reality its all about the money and not about what's best for the students.

Why isn't our union demanding this? Or at least using it as leverage when picking our pockets for the city? Its all about money.
How are kids going to pass Regents when they have Math teachers teaching Global studies, or English teachers teaching Math?

How many times are you going to write the same posts? Yes an effective teacher helps. But experience and knowledge are not the same thing. You always mention experience....not knowledge or competence.

How about focusing on solid home life. If a good teacher can increase student learning by 14 percent then a stable homelife makes up the vast majority.

You want to help the system? Make parents accountable.

CHAZ, possible to do an open thread about names in the DOE currently? My principal is screwing the head security agent at my school and everyone knows, and they don't care. Open thread Thursday's!!!! How bout that. Let's put the names out there, fuck it.

Chaz has written about the value of a solid home lifer, you tool. We know, you're too good to be excessed.

If you've gone through the DOE hoops you have to have the base knowledge. If you've survived, you have to have the competence. The only teachers I see on my travels without experience, competence or base knowledge are new teachers who are placed (via some waiver) and seasoned teachers ,who have been forced to teach out of license. How are teachers going to make parents accountable? There's tons of kids out there who don't have anyone, or at most one. What Chaz brings up is something that can easily be done. Something that will help students, teachers and schools. Saying hold parents accountable is a utopian ideal, very much at odds with our dystopian reality.