Investigators Bury Accusations Of Cheating. What Else Is New? 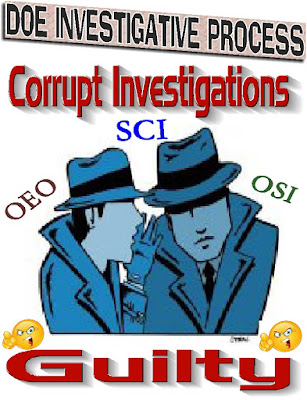 It is not surprising that allegations of academic fraud has risen substantially over the years as schools were under pressure to increase their graduation rate and credit accumulation.  However, in far too many cases both were increased by cheating, be it grade changing, bogus credit recovery schemes, or simply giving out free credits. The first time this became a media issue when it was reported by the New York Times back in 2011.  However, this problem has been around for almost a decade and I reported as far back as 2008 that the DOE's "credit recovery" program was simply a bogus credit accumulation scheme to artificially boost the graduation rate.  What's more disturbing according to Chalkbeat, is that despite the rise in accusations of cheating reported to the Special Commissioner of Investigations (SCI), the agency only bothered to look at 3 of the 300 academic fraud charges in 2014 and didn't substantiate any of the three!  That's correct, SCI didn't find any cheating worthy of filing charges, unbelievable but true.  No wonder, whistleblowers who report cheating to SCI believe that its a waste of time.  The facts unfortunately bare that out.  Some cases were refereed to the DOE's Office of Special Investigations (OSI) and disappeared as favored principals were protected by Tweed and their cases seemed to drag on until the spotlight on their misconduct moved to other issues and the OSI investigation was closed or buried in the depths of Tweed. Already this year, 300 cases of academic fraud were refereed to SCI and they have only decided to look at only 10 of these cases.  Any bet they find all 10 unsubstantiated?  However, if this was about a teacher you can bet the outcome would be very different.

It certainly appears that the SCI and OSI investigative units aid and abet the academic fraud that has been a problem since the Bloomberg years and continues with Mayor Bill de Blasio.  SCI's failure to take whistleblower complaints about cheating seriously and OSI's questionable investigations that are subject to pressure from Tweed, make any investigation suspect.  To me, both investigative organizations are corrupt and do not take allegations of academic fraud seriously.  Is it any wonder that principals have little fear of getting caught since there appears that the DOE rarely takes any action against them, except when the media presses the issue like at John Dewey High School.

The bottom line is that despite the change in administrations, its still business as usual at the DOE with politically motivated investigations and academic fraud still part of the landscape at the New York city public school system.
Posted by Chaz at 8:54 AM

How is it that Ms. Elvin, the justly disgraced former principal at Dewey, a once truly great school, is not facing RICO charges? She ran a corrupt raquet, using tax payer $ in a fraudulent scheme or artifice to further her own career, pad her own statistics and advance her personal reputation, all while using her position to bully innocent,real educators like Mr Klimetz and Mr Goria to unwillingly participate in her deceitful practice. She should be held liable for all the per session $ paid for her scam EZ Pass program X 3 under RICO her husband has the cash, trust me. Meanwhile, I wonder what the "Strongly Disciplined" ASSistant principals really got for rolling over like trained monkeys and browbeating educators at Ms Elvins command rather than having eh, lets just say 'what it takes' to stand up to a nobody nothing pos like her. Likewise, every real educator who endured this outrage should be commended publicly. Also,when Is the DOE going to correct the schools' online profile? Obviously the School Report Card, Progress Report and Annuals are all skewed and based on fraudulent data.While I hold my breath, lets all say a little prayer for the poor kids,and their parents, who are as usual, the unwitting victims. Having been blessed with 2 amazing kids,who both won berths in Specialized High Schools, I cannot imagine the heartbreak a parent of a Dewey student must feel.

You're so right about the corruption of school cops.
I blame the UFT which abandons members to these creeps.
Our advocates sit in silent witness during OSI/OEO
interrogations and refuse to share notes, if they
bother to take them. When we are charged and passed
on to NYSUT lawyers, we learn fast that our defenders
won't hit known rogue investigators hard or pursue
perjury complaints against lying DOE witnesses.

Has anybody noticed that Mulgrew sat out the Dewey
cheating scandal and is never heard on the matter of grade-
fixing? Seems our Leader just can't stand the truth that teachers
and principals cheat, and more so in the dark age of accountability
that he has hastened to establish to our detriment.

To Phil,
Mulgrew will never say or do anything to jeopardize his severely accommodating relationship with Farina and DeBlasio. If teachers are fired, harassed, or arrested- well that's collateral damage that he can live with. No one, of course, cares about the students. Mulgrew/Weingarten will be responsible for the death of the UFT, if dues become optional.

Hey Philip, what about yer good buddy Louis Scarcella.? An exception I suppose. Kills your credibility, no?

After all these YEARS, Arundel has been shamed into sending out an email to the lowly ATRs! Not to explain our rights or explain why we don't need a chapter - just to let us know what we've already been informed of - mandated interviews.

If dues become optional, the politicians will lose a big source of funds---the UFT, CSA, DC-37, etc etc. because these unions' revenues will drop like a stone.
So, I don't think they will allow this to happen. Although they want the money the union-busting hedge funders dangle, the Union money is tried and true.
Chaz, what do you think?

to anonymous 1:39 pm. Actually, by law, dues money cannot be used for supporting politicians or political campaigns.That is what COPE is for. Many years ago a local politician was running for City Council. He was a good guy and the UFT got teachers to work for him - checking petitions, making phone calls at no cost to the candidate since the teachers "volunteered" their time. The UFT would provide dinner - big deal.

Bringing back the Community Districts would be a big mess.