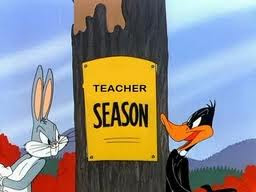 If you read the New York Daily News or the Post, you would think that the reason many high schools are struggling is because they have "ineffective" or bad teachers.  However, the truth is that too many of the high schools in the renewal program suffer from high teacher turnover, few veteran teachers, and have poor administrations.  Moreover, the student body of these schools contain a large percentage of "high needs students".  A recurring theme for the renewal schools are a large number of students in deep poverty, coming out of incarceration, and "over-the-counter" students.  In addition, many are homeless or need special services and were level 1 academically when they left middle school.

While I have been extremely critical of Michael Mulgrew and his love affair with Chancellor Carmen Farina, I must congratulate him for a very good article in which he exposed the real causes for the renewal schools and you can read the entire article Here.  Some of the most interesting things he touched were as follows:

More importantly were the statistics Michael Mulgrew included in the article and they are shocking to say the least.

In my own experience Flushing High School has had 5 Principals in 5 years and such instability at the top has sapped the morale of students and staff alike.  August Martin and John Adams High Schools  are so reviled that they led all schools that students tried to avoid going to. Furthermore, other struggling schools like Richmond Hill, William Cullen Bryant, and Flushing High Schools are being investigated for academic fraud.

The bottom line, all these schools suffer from poor or changing leadership, "high needs students", a demoralized staff, and veteran teachers leaving these schools due to retirement, resignation, or finding more welcoming schools.  Michael Mulgrew is correct its not bad teachers but poor leadership, lack of resources for the students, and poor working conditions that are the primary causes for the problems associated with these struggling schools.

I'm in an awful school. All these young enthusiastic teachers teaching 90 minute periods to students that openly disrespect them. I was in a 10th grade class of 30, where the kids were on a third grade reading level. A second teacher quit Monday and I have the misfortune of picking up the program. Everything is given to the students: notebooks, pencils, pens, calculators, and the kids have no respect for any of it. I understand they are poor, but when you give them everything for free they regard it as garbage. The students roam the halls, especially the basement in packs. They go into the classrooms of any teacher they don't know and trash the room. Being an ATR is getting increasingly difficult and dangerous. I thought this ATR bullshit would be history by now. If Mulgrew and Diblasio hate Bloomberg so much, why have they left all his people and policies in effect? It's destroying kids, teachers, schools, and NYC. The kids aren't learning, the teachers will all leave and NYC will be populated by unemployable zombies and billionaires.

Bryant HS has lost 75% of their staff because of this psycho that is running the school. It would take five decades to get hat experience back.

".......when you give them everything for free, they regard it as garbage".

Sadly, this is true, as evident in the business/commercial/free market world of Mike Bloomberg/Jeb Bush/et al. We live in a fascist world. Buckle your belts brothers and sisters, it's going to be a wild ride!

Yesterday I was showing a video that the teacher had left for the class. I kept having all sorts of trouble with the Smartboard and the video that I hadn't experienced in the other classes when some nice girl clued me in that the jackasses in the back of the room had somehow gotten hold of the remote for the smartboard. I tried on my own to get back the remote but of course they weren't cooperative. The dean was called who called security who called the principal and assistan...t principal who told class that it was a theft and they could be searched. They all left the room and told the class to somehow make the remote appear...anyway another nice boy told me that something had been put in one of the workbooks. I open the book and it is some type of blade. I show it to the principal and guess what? He leaves the room with the blade and NOTHING was done to find out who's knife it was. Such a JOKE!!!! Oh the remote was found in the trash can. Nice. I told him later that I won't be responsible in those classes for laptops, smartboards or videos so please have the teachers leave only book work. Alternative school or Riker's Prep?

After all the curriculum changes which were supposed to result in better students...I was assigned to be the warden of the SAVE room in Campus Maggot. I asked a girl why she wasn't doing her math homework, which was very simple. Answer: she didn't know how. I am the farthest thing from a math maven, but I decided to give it a try and help the girl. The problems revolved around coming up with a formula to predict how many blue edging squares there would be around a square made up of smaller white squares edged by a row all around of blue squares. There were 2 examples of completed problems. From there, I was actually able to derive a formula to predict how many blue squares there would be for any number of white squares. I looked over to the girl, having asked her for the answer for 8 squares. I almost fell out of my chair at the sight: the girl had to do the subtraction part on her fingers! Yes, on her fingers, and she STILL was making mistakes! She got 10-2 wrong! I asked her what grade she was in. She replied "10th grade". So good G-d, this girl had managed to be promoted to the 10th grade lacking even the math skills of an elementary school child. This girl had been smack in the middle of the Bloombutt machine of educational destruction. I had to wonder whether those policies and baby teachers had been responsible for this appalling display of prehistoric math.

Yes, low quality curriculum for both literacy and math has been the name of the game for years now. Add to the mix all the veteran principals and teachers who were pushed out or chose to leave the insanity and what do you have? The illiterate students you now see in high school today.

All part of the plan to privatize public education. With UFT/NYSUT looking the other way in exchange for cushy pension plans for their leaders.

I am one of the two remaining veterans at banana kelly, been there since 2002. I have seen it all and it's unfortunate so many amazing teachers left which has impacted the school greatly. Can't blame them after all the nonsense that has gone on at the school.