Do Statistics Lie? When It Comes To The Regents Passing Rate The Answer Is Yes. 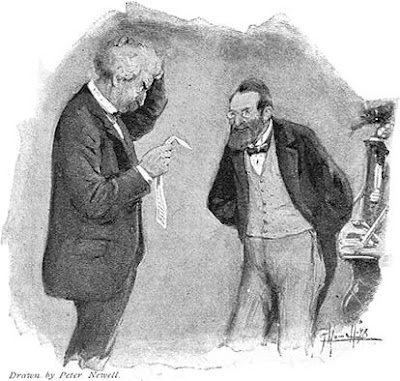 During my 20 years of teaching in the New York City schools, I have worked with many Science teachers.  Most of them I can say were caring, nurturing, and had the best interests of their students at heart.  However, there were a select few who did not particularly care about their students and I wrote about one colleague years ago, who is now a rotating ATR and loves the fact that he doesn't need to know his students.

Why doesn't the Assistant Principals confront these teachers?  Because the Regents passing percentage is part of the school report card and teacher evaluation grade.  Therefore, its not how many students were in Regents classes but the percentage eligible to take it!.  Hence, the reason the school administration will look the other way when these teachers exclude large number of low performing students from taking the Regents and the easiest method is to encourage them to ignore the lab requirement.

Do statistics lie?  They certainly do.  Just ask Mark Twain who was quoted in saying the following:

Figures often beguile me, particularly when I have the arranging of them myself; in which case the remark attributed to Disraeli would often apply with justice and force: "There are three kinds of lies: lies, damned lies and statistics."
- Mark Twain's Own Autobiography: The Chapters from the North American Review
Posted by Chaz at 5:57 PM

It's very easy to use statistics to say whatever one wants. Change the population, or a variable of the population. The DOE uses it continually to prove whatever it wants - increased grad rates, high suspension rates for minorities (don't count Asians as minorities and ignore that the fact that majority of all students are minorities), failing schools, subpar veteran teachers, etc. Unfortunately most people have never taken an introductory course in statistics and don't understand what's being done. Some people demand statistical evidence, not realizing that the demand is moronic on a very basic level.

Reminds me of the miracle stats Moskowitz produces.

I agree with both of you.

Same weeding out process is done with AP tests and with SATs whose average scores count for the school. If Regents, AP, and SAT scores also showed participation rates (what % of kids in the classes took the Regents or AP test or what % of graduates took the SAT), this process is exposed. BTW, same kind of thing is done to boost grad rates for the small schools and the 6-12 schools. They harass out the struggling kids and push them to transfer out for 9th or 10th grade. These kids come off the cohort of the small or 6-12 and go onto the cohort of the school they transfer into--Specialized high schools do the same. Whenever you see small specialized schools with 95%--100% graduation rates, you can bet their starting number of kids was far larger than the number of kids graduating and that their rejects are gumming up the stats of some other school.

Hey....AND the Principals receive hefty bonuses from DOE ultimately if their numbers are REALLY good...!

My specialized HS does not get rid of kids and we have 95-100% graduation rate. We take in a different group of students than most of the population of most city schools, therefore our results will be different. I have plenty of weak kids and kids with issues, but we (the teachers) work very hard to help them. However, we have little admin support (in fact they often make it very difficult for everyone) so it really comes down to the teachers, kids and parents.

What would Jesus say about the Department of Education? He'd probably call it a "whited sepulchre" as in Matthew 23:27:

"Woe to you, Bloomberg, Klein, Farina, and you, too, Special Commissioner of Investigation Richard Condon. You are hypocrites! For you are like unto whited sepulchres, which indeed appear beautiful on the outside, but are full of dead men's bones, and of all uncleanness within."

The Jesus I know would condemn the DOE's institutional corruption (e.g., scrubbing, credit recovery, phony stats, false grades and graduation rates, topped off by cover-ups) and punish all those administrators and investigators who washed their hands of these abominations.

But currently He's busy greenlighting miracles for Mother Theresa's sainthood run and dealing with an uptick of prayers for carpet bombing ISIS.

I agree that specialized schools do not remove weak students. However, what you may consider weak at your specialized school, would be the higher achieving students in most other schools. Further, the student body is focused on high grades and peer pressure raises expectations for the weakest students to do well academically.

While I will not dispute your statement about the teachers at your school you must remember you have the top students in the city who can probably teach themselves if need be. Go to one of the schools in Southeast Queens, Central Brooklyn, or the third world schools in the Bronx and work with the level 1's and see how easy it is to work with that student body.

There's are some statistics that the DOE is keeping to themselves, even after numerous and aging FOIL requests. Those are the statistics of ATRs who are permanently placed vs. provisionally placed. The numbers would be proof positive of massive discrimination, especially coupled with recent statements that there is no economic disadvantage to a school for hiring ATRs.

Do NYC principals get any sort of "bonus" for good stats?

At a Fulbright reception I met a guy who worked in the Bloomberg DOE's "Office of Accountibility." We were all good and saused, so I asked him, "why don't you guys give us our data in a timely fashion? Like when we can actually use it to do something with our students?"

He said to me, "because it isn't ready yet." I looked at him quizzically. Ready? He didn't hesitate to explain, and said to me "look, you and I both know that you can make the data say whatever you want. Sometimes that takes a while." He took a sip of his martini, and then found someone else to talk to. What a douche.

In the school where I first taught, the Principal insisted that all students take the Regents. When I asked the AP why we didn't try to skew the numbers in the way described above (I was just curious), I was told that any students who don't take the Regents also makes the school look bad. Also, in the end that means a lower graduation rate. So is the scam really as simple as this article states?