In Defense Of A Great Teacher. 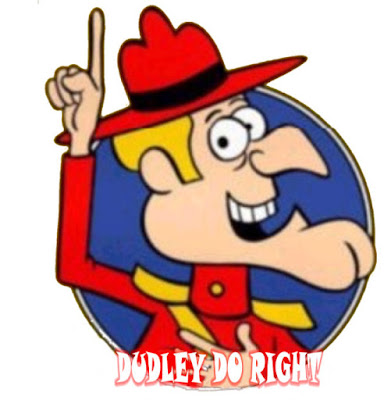 I have read the unfair and inaccurate twitter criticism of teacher Arthur Goldstein by failed educator and journalist Alexander Nazaryan who couldn't last five years in the New York City Public Schools and believe it's time to defend Arthur Goldstein as the great teacher he is.  This started as a twitter battle between the two.  Arthur Goldstein took offense that Mr. Nazarayan called Arthur a shrill for the UFT, which Arthur quite correctly pointed out as being ridiculous.  Mr. Nazaryan then decided to attack Arthur personally and showed his true colors by disrespecting the entire teaching profession.  Mr. Nazaryan said the following on Twitter to Arthur.

"People like you is why teaching is not respected anymore".

Now I worked with Arthur Goldstein back in 2011 and 2013-14 school years and covered  for him while an ATR in 2011.  I can tell you that his students genuinely respected and missed him when his Chapter Leader duties required him to represent teachers or meet with school administration.  Arthur teaches ESL and his students have recently arrived in the country with little English skills.  Yet by the end of the school year these students, who can barely speak English and have no English reading or writing skills, have developed into proficient English speakers and are on their way to successfully pass the English Regents.  Most of their success is attributed to Arthur Goldstein gently prodding these students to success by using a combination of academic instruction, joking, nurturing, and stern lecturing,  A hallmark of a "quality teacher".

When I covered three ESL Earth Science classes in the 2013-14 school year, I asked the students which teacher helped them the most to acclimate to our culture.  Universally they told me it was Mr. Goldstein who helped them the most.  Arthur, works with the most needy students in the school and  is loved and respected by his students who end up becoming productive adults and a real asset to their adopted country.


By contrast, we have failed educator Alexander Nazaryan who back in 2012 disparaged the high needs students and  staff of the South Bronx schools while praising his students and Principal at the high achieving specialized Brooklyn Latin, before he left teaching altogether.  Read my 2012 post Here.. 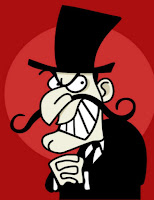 Now Mr. Nazaryan has written another article, from the view of a failed teacher and an education reformer in Newsweek.  At first, Mr. Nazaryan;s article seemed to present both sides of the education issue but then he wrote this.

Paradox alert: The people who know our public school system better than anyone, the ones who suddenly have it back in their hands, were the very ones who allowed American schools to sink into mediocrity, so much so that the most powerful nation in the world does markedly worse than Slovenia in educating its young. The reform movement, after all, would have been unnecessary if previous generations of public educators had done their jobs.

Mr. Nazaryan with the above statement is showing his education reformer slip if you ask me. Moreover, he cited the badly flawed MDRC study that is pro small schools and and ideological in nature as proof of the small school success.  However, please read my post on why the MDRC study is crap.  There are more in his article I disagree with but while, on the whole his article appears somewhat even handed, its obvious his personal opinion is very sympathetic to the education reform movement and his twitter response to Arthur Goldstein shows a clear bias against the teaching profession.

I only have one question to my readers which of the two people would you want your child to be taught by?  A great teacher who works miracles yearly with high needs students new to our country or a person who left teaching and couldn't wait to leave his high needs students in his first school? I believe the answer is obvious. Its Arthur Goldstein

Thanks for your kind words, Chaz.

On another note, so simple for a tenured teacher to get terminated. Watched 2 tenured teachers go through their 3020a's and both be terminated. Tenure means nothing. Walk the straight line because at any point if a child even hints that you said something inappropriate (true or not), that OSI investigation will be the reason why any following issue results in termination. Any substantiated OSI case will automatically terminate a tenured teacher who is, let's say late once in a while. The lateness compounded with the OSI piece will result in termination. I just saw it, twice.

Dwarka and her minions are evil

It is absolutely untrue that an OSI investigation can get a tenured teacher terminated at 3020-a. A sturdy cross examination of the investigator and any witnesses to the "incident" will always unravel the lies and frame-up. Sounds to me, anonymous, that the 2 teachers you mention did not have a good defense. There are NO automatic terminations unless someone allows it and does not prepare to challenge the DOE on the so-called "proof"