The DOE Tries To Lowball The ATR Pool Number And Costs As The ATR Buyout, Once Again, Fails. 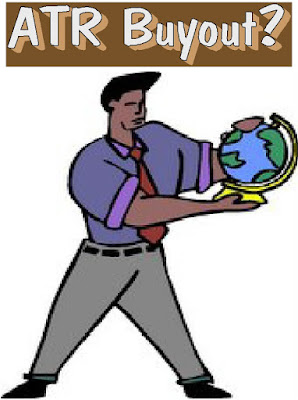 The Independent Budget Office (IBO) crunched the numbers dealing with the ATR pool and found that the DOE spend $151.6 million dollars on the ATR pool as of October 2016.  This is over 50% more than the DOE supplied figure of $100 million dollars that is sent to the media.  Moreover, the IBO report uses the actual ATR number of 1,304 and not the 822 that the DOE and UFT use to show a fictitious reduction in the ATR pool.  Every knowledgeable educator knows that, once the long-term leave replacements and provisional hires are sent back to the ATR pool during the summer, the ATR pool will be back at the 1,300 member level.

He noted that the ATR is a problem inherited by Mayor Bill de Blasio from former Mayor Michael Bloomberg — and not an easy one to solve. Still, he added, if the city is already paying as much as $151.6 million, it should consider instead passing a buyout plan with higher incentives for teachers than the $50,000 in severance pay the city is currently offering.

I cannot agree with Mr. Bloomfeld more.  Maybe after this ATR buyout is officially deemed a failure and principals find ways not to hire veteran ATRs thus upcoming school year, the DOE will actually come out with a buyout incentive that ATRs could take and really reduce the ATR pool.  Of course, I'm not holding my breath for that to happen.

For the record, the DOE should have an ATR buyout of a minimum of one year of salary along with a year of pension credit for the incentive to get ATRs to retire.
Posted by Chaz at 1:00 PM

Go back to centralized funding of schools - problem solved, period.

Mark my words, the worst is yet to come for both ATRs and veteran teachers. Why? Think about the "retro" payment schedule. Instead of 100% back pay/retroactive/legal-cover-cattchphrase, it was split up. 50%-50%? No. 25% for 4 years? Of course not. Instead we get 12.5%/skip/12.5%/25%/25%/25%. Again, why? Why split up 25% AND put a skip year in between? As nutty as it sounds, it was done to get the DOE to force ATRs/veteran teachers off the payroll as fast as possible. Veterans as defined by having at least 10 years. This way, there will be fewer 25% payments to give out. And if some retire early, I'm sure the retros will be pro-rated. The amount of 3020a charges have risen against these two groups, and yes, retirements are up, which also will help out the pension $$$ for the city. This year it will be the second 12.5% payment. How many members will be around for each of the remaining payments of 25% each? But back to the main point of this comment. Principals and Failed Supervisors will be doing everything they can in order to put pressure on teachers to quit or retire early. ATRs will probably be placed in a school for the year - and that will only make things worse. Beacuse in addition to a failed supervisor, you will also be under the eye of the Admin, from principal to all the APs who have to justify their jobs. Throw in the rats and lapdogs of the school's admin, and life will become more stressful.
Thank God I only have 2 more years. Keep up the good work Chaz, it's only because of you and James of ICEBLOG that any of us find out what's really going on. BTW, is it true Queens Principals will be holding Rona's testimonial dinner?

The core of the problem is the ATR pool itself! Excessing rules must change now!

Until we see changes there will always be a group of people in limbo called ATRS!

Chaz what's your prediction on our next teachers contract ? Not what you want but think will happen . I heard 4 years 2.5 per year .
Thanks

My gut feeling is that yo0ur idea of a 4 year contract seems sound but the 2.5%, or 10% for the four years is optimistic with our UFT leadership negotiation crew.

Look for a 7.5% raise at it simply meets the inflation rate and it will be back loaded to look like this.

At the very least, to resign,buyout shoud have been 50k, plus retro, plus a small annual amount until retirement age. City still would have saved a ton on salary, medical, and would pay much smaller pensions to those who quit.

I agree with you regarding a workable buyout.

I would think the idea of including pension credits in a buyout would be a no brainer. The reason why this buyout is failing is folks can't afford to stop working (even with 50K) without immediately moving to a pension.

50k taxed equals 25k. Then you immediately have to start paying your own medical, and you immediately lose the next retro payment you would get 1 month into the school year

I agree with you. Our union leadership will try to curry favor with the Mayor and award him another cheap contract at the expense of the members. However, I wouldn't be surprised if the first year is 0% with a $1,000 bonus instead of a 1% raise.

It shows how pathetic Mulgrew is that he thought ATRs would take 50k en masses and split. It's pathetic that he even presented it.

Did anyone see this:

The reports said 2 dozen parents protested ATRs being forced into schools. Out of the 24 so-called protesters there were only 5 parents. The rest of the protesters were actually ATRs. I was there protesting along with them. I was the one screaming the loudest. I am not going to be forced placed. No way - no how.

took the buyout with early retirement. feel like heavy weight has been lifted off my chest. had to run to 4 different places to accomplish this. uft, bank, trs, then 65 court. even in the end the doe doesn't make it easy. before I left 65 court I met a young man who was getting his picture taken for his ID. the irony blew me away. he asked if I had any advice. I told him "don't let them take away your dignity" he said "who, the students or the administration" I told him "both". we shook hands and I left. my journey is done in the bronx I'm glad because I needed to be around professionals who cared about people. only met a few like in my district. like an abusive relationship I hope I can get over this. come September I wont shed a tear for any of you because your getting what you deserve!

@6:32 congratulations on an excellent well done job... you did great work!!! enjoy your retirement.

my dream buyout off for all NYC DOE employees:
20/50 retirement buyout for tier 4 - 40% (FAS) with immediate health care coverage

They would save zillions because our pension are based on years and final salary and go forever, as does our medical, if they got us to leave right away. It is so worth it for them to give us an offer we cant refuse.

UHHH OHHHHHHHHHH!!!!! Say bye-bye to the Leadership Academy. Wow! Get rid of this waste already!

@11:23 No way are they getting rid of Leadership Academy. There is too much money involved and too many people getting kickbacks. The leadership academy will fight back and say ATRs cost the city millions. Carmen will do nothing.

Thanks for this and other articles about the a.t.r. The uft should never have agreed to this 'severence package' and should not in good faith have attempted to shove it down our throats. I've deleted all emails regarding this topic and they continue to flow in. It's an insult to our intelligence.