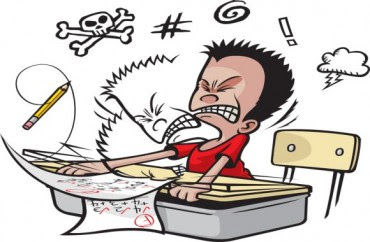 Mayor Bill de Blasio has weakened both school discipline codes and school safety rules since he took control of the New York City Public Schools.  Under the Mayor, he has made schools increasingly unsafe.

First, he allowed students to carry cellphones in school and this has proven a distraction to classroom learning.  Especially, in low achieving schools.

Second, he reduced suspensions by schools by requiring principals to get DOE permission before a school can suspend a student.

Third, he drastically reduced students carrying weapons from being arrested or suspended.

I feel sorry for parents who have academically proficient students and must suffer the distractions, chaos, and safety issues that Mayor Bill de Blasio has brought to the New York City Public Schools.
Posted by Chaz at 6:15 PM

DeBlasio doesn’t care about anyone but himself. He has big aspirations. Cell phones have destroyed the schools.

Chaz, you "feel sorry for parents" who have to deal with this policy? How about the teachers in the trenches who have do deal with violence and chaos on a daily basis?

You right 7:42.
But the whole purpose was to destroy the traditional public schools.

Yes, cell phones have been a disaster.

Admins blame us if the kids use them, yet the 'system' allows them to have them on their persons, and like any drug, these kids are addicted (dopamine release from 'likes') and use them whenever possible.

it getting closer and closer to the new school "nightmare". your whining is getting louder and louder. better you than me, I joined the suburbs where teachers actually have control and for the most part respect. phones are put away and smiles are more prevalent than frowns.