Will The District 15 Middle School Integration Plan Work? I Doubt It. 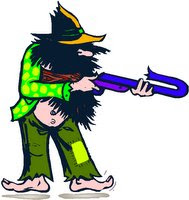 Count me as being skeptical that Brooklyn's District 15 middle school integration plan will help disadvantaged and English Language Learners become academically proficient as they mingle with middle class White students.  Why do I think it won't work?  Let me count the ways.

First, many of the disadvantaged and English Language Learners come from the low achieving elementary schools and are academically behind when entering middle school.  Only people blinded by their ideology cannot see that these students will never catch up at this late age and might actually get frustrated and fall even further behind academically.

Second, these same elementary schools have no "gifted and talented" programs that can be a source of minority recruitment to diversify the middle schools and that is a major factor in the low minority student body in the "screened" middle schools..

Third, it could spark an exodus of middle class White families to the suburbs as their middle schools receive an influx of academically low achieving minorities, thereby, defeating the purpose of integrating the middle schools.

Finally, if the White middle class students flee the middle schools, look for the best teachers to transfer from those schools since teacher turnover is high when it comes to middle school teachers. If the student population becomes more difficult to educate, then these teachers will leave for a better teaching environment.  Consequently, these middle schools will end up with an inexperienced and short-term teachers who lack classroom management skills, curriculum knowledge, and lack of teaching skills.

I see the District 15 integration scheme to be a failure and will backfire.

Read more at Chalkbeat and the New York Post.
Posted by Chaz at 8:47 AM

I don't think parents will sell their multi-million dollar houses and leave behind their favorite neighborhoods so easily, though it could happen. More likely there will be a political battle, and maybe even renewed interest in charters.

Carranza has made racially divisive remarks against White parents. Parents will take their kids out if they can afford to do so. The schools will become even more segregated. There will then be very few White students left to blame.

More than likely the reason behind this genius plan is to make more people uncomfortable and disgusted.
Some parents will send their kids to private school. Others will go to a charter school.
No one is really interested in helping poor, disadvantaged children. This is a ruse.
Another plan to break up the public schools.
Now watch how people squirm and find another place to send their kids.

It seems as though people are running from the hoodlums evident in this story and also in our specialized high schools. Constantly making exceptions for the sake of political correctness and diversity - ingredients for a shit hole school filled with wild beasts running around the classrooms while the intelligent kids shake their heads in disbelief.

Water down the nyc schools even more and then blame the teachers..ha ha ha fell off my chair. Oh wait I have a solution! Lets call eva moskowitch and ask her how she gets those kids to score high on standardized tests! I guess it must be the diversity there success academy.

I guess you’re too young to remember Brownsville,
East New York and the Grand Concourse

White kids are only around 15% of the NYC student body now.

50 years ago they were the majority. Now they are a small and dwindling minority.

Still they talk of 'segregation' and 'inequality' and all that.

When the Left runs out of white kids and white people to blame for every problem in the world, they will be surprised when the more accomplished and wealthier (on average) Asians ignore blacks/browns and stick to their own and do what's best for them, as they have been demonstrating.

Why is it only whites are referenced when the word 'segregation' is mentioned? If a school is mixed with blacks, latinos, asians, south asians and other misc, why is that called 'segregated' when it is obviously multi-cultural and very diverse?

Are non-blacks considered non-humans or non-diverse? Why don't black dominated schools ask for more Chinese students, who have higher achievement rates than whites, or Indian students?

Are white kids required for some magical purpose? What is it?

shady 2.0 here people, in my so called other non-sensical rants about nothing and all things stupid especially my son (if he really is mine) duhhshawn I would like to turn over a new leaf. I think we should start a school system that caters to only minorities and from the inner cities. the standards will be low and passing will be a 45 and above. cell phones will be allowed and being on time is optional. the dress code will be urban sloppy. you don't need up to date text books or school supplies except the most cutting edge phone and sneakers. wait we already have that? never mind.

Chaz, off topic but something some might be interested in the future - sabbaticals. Would love your in and outs to them. I searched the index for them on the front page of your site but didn't see anything listed in terms of sabbaticals. Just a thought on my end. I'm sure the readers and myself will be better informed from a post on this subject. Thanks.

It’s not fair !! people want safe neighborhood schools where they can buy coops , condo or brownstone and stay in a safe area where they can raise their children in great schools !!
Our phony and moronic Mayor did it !! What a hypocrite
I feel bad for the families In this district

Fisrt, to assume that poor minorities are not smart is stupid. However, I agree this plan won't work. The reason being that District 15 is not a diverse community to begin with. The chancellor and mayor said they are doing this because they want the DOE to be equatible. If that is true, why is it that Red Hook doesn't have a middle school? Sunset Park has only one building with two middle schools in it. Why aren't schools being built there? M.S. 442 was located in Carroll Gardens and they had to relocate. Where did they move? Park Slope/Windsor Terrace. This location is near M.S.88, M.S. 839 and M.S. 443. Why didn't they move to Red Hook or Sunset? When M.S. 839 was built, why was it built in Windsor? Why not Sunset? It's called "Institutional Racisim" Now, the DOE wants to be equatible? BULLSHIT! Families won't move out of the hood but they will leave the DOE. Private as well as Charter schools are salivating!!!!