Proof The DOE Does Not Care About Studemts. 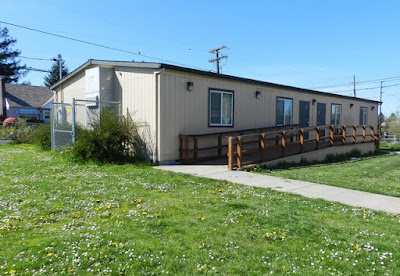 The DOE claims that they care about students but the truth is the DOE only cares about themselves.  If the DOE really cared about the students, the DOE would fully fund the schools, reduce class sizes, and eliminate school-based fair student funding that forced principals to "hire the cheapest rather than the best teachers" for their school..

In addition, the DOE had a 2019 budget of $25,6 billio dollars and according to  the City Council..  in their report,  Despite less teachers hired, the DOE headcount went up,  Some of the increase was due to an expansion of Special Education services but the headcount at the Central Bureaucracy also increased.

The DOE has shortchanged students and teachers:
The Department of Education’s $15.8 billion PS budget supports a budgeted headcount of 133,021 full-time equivalent employees (FTE). Most DOE staff work in public schools, and most staff are teachers. Since Fiscal 2015, headcount at DOE has increased by 11,131 positions, for a total of 133,021 budgeted full-time positions in the Fiscal 2019 Preliminary Budget. However, the percent of teachers has steadily declined. In Fiscal 2019 budgeted teacher positions account for approximately two-thirds (64 percent) of all school-based staff but 58 percent of all DOE staff. Most of the headcount increase at DOE includes titles such as literacy coaches, special education support staff, social workers and universal pre-kindergarten teachers, all of which are not listed as teacher titles at DOE. The figure below shows DOE’s overall FTE headcount since Fiscal 2015 and the total number of teachers. However, we may see this trend begin to reverse as the Four-Month Actual headcount for Fiscal 2018 in the PMMR is indicating an increase of 152 teacher titles.

It appears the DOE rather spend money on headcount, especially in the Central Bureaucracy, rather than spend it on students and schools.  A prime example id that instead of building more classrooms, students are crammed into trailers that had only a life of ten years and now have toxic black mold. Here's how the DOE responded to parents about moldy trailers.

How many students get sick because they are being put into trailers that have lasted long past their lifespan?   The New York Post identified the problem and yet the DOE has done little but claim they are working on the trailer issue.  For the DOE its all talk and no action at the expense of the students and teachers who must suffer the consequences.

Out trailers are full of mold and leak when it rains. Nobody does anything about it.

Contact the board of health and tell them that putting the children at risk .
Contact CBS News . It’s hot but be careful they don’t come after you .

What the hell you talking about

all the money that trump put into the pockets of his corporate friends couldn't help those kids! most are stupid with 1 parent who is stupid. parents wont back teachers. schools have become a place for a hot meal and free babysitting. that trailer is better than most of the places they already live in. get real!!!

I believe you’re at TDA once you pass 55 and working and withdraw
money from the TDA you don’t pay city or state tax.
I believe the City for 457 pass 55 and working you would withdraw
only the first 20,000 is city or state tax free.
Now you put that 457 into your TDA. It will be a wash no tax.
One advantage I see if you Take out 40,000 from each account the TDA is Not city
or state tax above but 20,000 and your 457 will be taxable for 20,000 .
Since you’re not paying city or state tax on the 20,000 it’s like adding another 10% which is city and
state tax in your pocket. So a guaranteed 7% +10% is 17% , only if you withdraw more than 20,000.
You can also do this with stock market returns .
Also the city for 457 has a Roth but you already go to pay taxes before you put it in .
Remember always check with your accountant I am not an expert but this is common sense .

You know, In my old school Richmond Hill High School there were trailers for quite a few years. The school was built in the early 1900s with the assumption that there would never be more than a certain amount of students in the building. Well that number tripled and as time went on, trailers were built to address the overcrowding issue. At the same time the school also had a lease with another building down the street. Following year, the school lost that lease or bid (whatever it was) and those students returned to the main building. At the same time the moronic principal Neil Ganesh wanted to expand on the school's athletic division by building a field in place of having those much needed trailers. All of those students returned to the main building as well. It was an absolute nightmare. All the teachers had extremely limited amounts of space. No teacher's lounge anymore, every single classroom was full. They even moved the weight area to the boys locker room.

Guess who is back people....you are correct its Mikey Bloomberg who officially became a democrat today and is considering running for president. Just when you thought it was safe to go back into the water here comes the self proclaimed God Mikey Bloomberg trotting out onto the stage. You know, I would love for Bloomberg to go head up against Trump as Trump will send this midget mike squealing like a pig back to his town home on 79th street.

A quick vote here if people had the choice between bloomberg or trump who they would go with.