Mayor De Blasio Backs Away From Eliminating The SHSAT 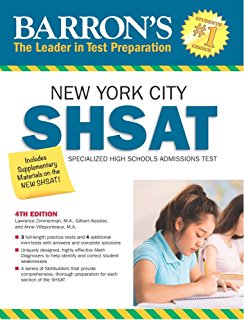 The Mayor is not giving up and he will try to come up with a diversity plan for the specialized high schools that is acceptable both to the State and the various racial groups. This time he will include the East Asian community that he deliberately excluded previously.  As expected, the Chancellor, Richard Carranza, was mum about the Mayor's changing his mind about the specialized schools but he is very unhappy since diversity is a top priority of his administration.

More bad news for the Chancellor and Mayor is that District 15 has delayed their school integration plan due to parental pressure and it looks like it will not be implemented until the 2021-22 school year, if at all.  Further, parental resistance to the ill-advised and  proposed District 28 diversity plan has forced the Superintendent to back down and asked for parental input.   Finally, District 3 has also quietly reexamined their proposed diversity plan as there is a fear that they will lose their middle class students if they are bused into Harlem,

With Mayor Bill de Blasio becoming more and more unpopular as his 0% for President showed,  his already difficult job to diversify the public schools becomes almost impossible to fully realize his diversity plan..
Posted by Chaz at 12:01 AM

I say keep the specials schools special and not diverse. These schools are for special students not diverse students

"This time he will include the East Asian community that he deliberately excluded previously."

lol uh huh. Chaz you should look at this - https://chalkbeat.org/posts/ny/2019/06/12/mayor-de-blasio-invites-asian-advocates-to-gracie-mansion-as-shsat-plan-hangs-in-balance-in-albany/

But Wai Wah Chin, president of Chinese American Citizens Alliance Greater New York, said she’s not aware of an invitation from the city for this meeting. It’s possible, she said, that a member of her group is attending and is being listed as a representative from her group but is attending in another capacity."

Sure... he'll now "include" the East Asian community Chaz. And I have a bridge to sell.

With Carranza's rhetoric now contradicting de Blasio and his disdain for Asians from San Francisco where he came from, he's gonna double down.

Chaz -- What does this mean?

"Finally, District 3 has also quietly reexamined their proposed diversity plan as there is a fear that they will lose their middle class students if they are bused into Harlem"

What's happening in District 3? I've seen no coverage of this.

counting the days until we have a new mayor and chancellor - set your timers! Then we will have a new set of irrelevant things to implement.

Diversity used to mean 'less whites' but in a place with already few whites, it is ratcheted up to 'less Asians.'

I cannot see ANY Asians on board with any changes, as it is they who will have fewer seats in any deal.

Thanks so much for sharing such valuable information. I am very depressed by the current state of the educational system and the attitude of our government towards it. I wonder, I am the only one here, for whom it is obvious that the government has a clear intention to destroy the current education system? First, the school does not have enough places, then there is no budget for repairs... A logical question arises, why bother to have children at all, if there are not enough schools and school seats for them.