No Change In The Gifted And Talented Programs This Year 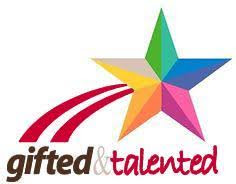 The existing gifted and talented programs have only a 21% Black and Hispanic component, despite the two minorities making up 85% of the City's student body.  Finally, the 10 gifted and talented programs are found in the more diverse neighborhoods, like Districts 2(Manhattan),15(Brooklyn), and 26 (Queens) where there is enough middle and upper income families that attend the public schools to fill the classes. 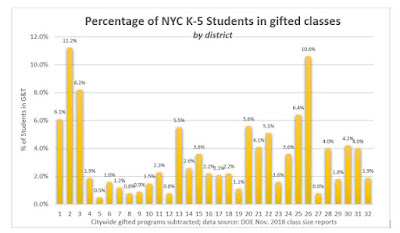 If the City eventually adopts the crazy proposals by the diversity advisory group  that wants to eliminate the gifted and talented program and diversify the Borough's schools, upper and middle class flight would follow.  Just imagine you live in Little Neck Queens and the City forces your child to be sent to South Jamaica by a 2-hour forced busing to integrate the school.  You would either sell your house and move to Long Island or send your child to private school and who can blame them?

I highly doubt that Mayor Bill de Blasio will agree with the diversity advisory committee's recommendations but you never know since the Mayor is more progressive than practical.  However, I do see that the City will try to increase the gifted and talented programs throughout the City but the question is how?
Posted by Chaz at 12:56 PM

ah Chaz, de Blasio's politcal base will never allow him to permit more gifted and talented programs to be implemented, they HATE anything that resembles tracking. Watch, de Blasio and Carranza are likely going create some sort of campaign to paint the low-income Asian communities who want G&T and screened programs as racist by January, just in time for another push to get rid of the SHSAT to force them to attend low-performing neighborhood schools.

de Blasio will likely broker some deal with Mulgrew and the latter will pull back his support for G&T for favors on the next contract.

Sorry Asian kids and families, you need to move aside for "equity" and just accept that your expectation of a rigorous public education from the NYC Dept of Ed is an antiquated notion... it's all about differentiated "enrichment" in classrooms of 36 kids now.

“Let's cut the number of participants” - what an original solution! And why am I not surprised by such a policy? Besides, only Manhattan, Brooklyn and Queens, right? Why don't they look for talented children in Detroit? I am sure they will be impressed by such a find.