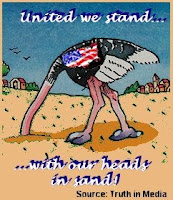 Previously, I wrote about how the "rubber rooms" are filling up again as Principals have resumed pulling teachers out of the classrooms since the DOE has ignored the July 2, 2008 agreement with the UFT. However, more ominous is which teachers are being removed and sent to the Queens "rubber room". They are senior teachers that are over 40 years of age that are the primary inhabitants in the Queens "rubber room". In fact, a very recent survey of the age distribution of the Queens "rubber room" inhabitants found the skewed data analysis listed below. The increase in senior teachers at the Queens TRC seems to be attributed to Principals being given the go ahead to have senior teachers removed without DOE questioning the Principal's motives. What follows is the age distribution of the inhabitants reassigned in the Queens TRC and other offices throughout the borough. This data does not include teachers removed from the classroom but have not yet been sent to the "rubber room" while 3020-a charges are being prepared by the DOE legal Office.
The percentage of inhabitants in their 40s or older reassigned to the Queens TRC is an astounding 82% and 58% of those inhabitants at least 50 years of age! Any reasonable analysis of the data shows that the DOE is practicing age discrimination. However, the union seems to fail to see this. Like an Ostrich, the UFT appears to put their head in the sand so as not to address the ageism issue. Why is the union ignoring the ageism issue is puzzling. However, the union must take quick action and start a major age discrimination lawsuit against the DOE practice of reassigning senior teachers while younger, and inexperienced teachers are given a free pass.

The union's failure to protect their senior teachers is disgraceful and for the UFT to allow Tweed to practice ageism in the teacher removal process is aiding and abetting the DOE practice of age discrimination.
Posted by Chaz at 6:31 PM

Excellent Work - this is almost unbelieveable. Given the ages I assume they are mostly there for 'pedagaogical incompetence' accusations rather than misconduct which makes DOE's actions all the more transparent.
As per your recent cost analysis, it appears they have been targeted because their removal provides the most 'bang for the buck'

Those statistics are scary. Thanks for making them public.

I admit I was surprised how screwed the data was. I do not know if this is only occuring at the Queens TRC but I suspect it is a pattern throughout the city.

Great job, Chaz. What a truly disgusting situation. It no more nor less than am attack on tenure and senior teachers. I can't help but wonder where the UFT is on this. Why isn't there a massive lawsuit to return these teachers to the classroom?

You can bet that the other rubber rooms have similar stats. Numbers this skewed aren't a coincidence, but a pattern of discrimination.

The ratio by estimate at the Staten Island TRC is about 30% under and 70% over age 40 among over 100 teachers and paras there. I will try to do a more accurate survey sometimes next week.

I heard from an AP in my district that this past week administrators were told that teachers could be removed with only (1) unsatisfactory yearly rating for performance (observations). This is contrary to the policy of at least (2) YEARS OF U RATINGS BEFORE REMOVAL. This may account for the spike in teacher assignments to the rubber room.

We don't need a weatherman to tell which the way the wind is blowing!

Justice-policy and practice can be presented when and if 3020(a) charges are presented. Blow that out your rear...

The AP is wrong. The DOE's TPU now has a procedure to remove unsatisfactory teachers and it requires two (sometimes three) consecutive "U" ratings.

What your AP might be referring to is that the Principal can now have teachers removed by simply claiming teacher misconduct and not have DOE questioning the Principal's decision.

Why aren't people filing Education Law §310 appeals with the Commissioner of Education about this deplorable situation?

Forgive my ignorance but can you tell me how filing an appeal under State education law 310 will help here. This is the first time such a law was cited and is associated with ageism.

Can people take informal surveys in every rubber room and post them to Chaz so we can get a rough citywide count?

For 4 years, we have been screaming about the glaring issue of attacks on senior, tenured, experienced and over-40 teachers at the Chapel Street detention center! Nobody seems outraged, except people in the euphemistically named TRC's! What will it take before the rest of the city and it's employees see that this is a grand master plan to destroy the unions and resistance, as well as to intimidate all workers and to economize off the backs of people who have paid their dues (in more ways than one)? It is union busting in a sneaky and wicked way! They get 2-fers for every over-40 as the newbies get to come in without any guarantee of job security! What a steal of a deal! What a scam! What a sham! It's a flim-flam man educational ponzy scheme! And Joel Klein and his Bloomers are right behind the Oz facade!
Do we have laws on the books to stop the monkeys? (Sorry to give monkeys a bad name.)

PS: The Chapel Street ratio has been consistently about 80% over-40 for the past 3 years!

Shame on the scumbag watchdogs that never did a thing!

Klein created a prison-like atmosphere and prison-like culture at the Rubber Rooms across the city by keeping large groups of idle people together for months and for years. I personally witness the people changed and deteriorate over time at the rubber room. This is psychological abuse in its worst form.

wonder why no one stands up and organizes a class action lawsuit against DOE?

I suggest that the laisons in each "rubber room" take a survey and publish their numbers in my comment section.

It is difficult to file a lawsuit of this nature without the support of the union and they seem not to care about what is going on.

Chaz, did you carefully look over the website of the NYS Education Department Office of Counsel?

"Education Law §310 provides that persons considering themselves aggrieved by an action taken at a school district meeting or by school authorities may appeal to the Commissioner of Education for a review of such action."

There are all kinds of interesting Commissioner's decisions posted on the NYSED counsel's website.

For example, here are some decisions involving "unsatisfactory" ratings:

Why would the UFT do something about this atrocity? Get rid of one senior teacher, get two newbies in his place, get double the union dues.

Turns out that there is no index number for the alleged age discrimination lawsuit. This is simply because our dues collecting operation AKA the UFT patronage mill, never bothered to file it. I wonder why? Could it be that the idea that they were actually going to do something that a union should do was planted to assuage us?

The information on the demographics of the Relocation Camps still needs to be collected and the suit still needs to be filed. It just seems like it will have to be done by those already interned. Don't send any money to COPE. We have a hard time coping with our colluding/collaberating "Union". Spend it on the suit instead. Also, the realization that we have been lied to by the union about this suit should help make them "accountable" to us. Isn't it all about accountability? The mayor the union and the chancellor are never accountable to anyone. Perhaps it time that those who are truly responsible, be held accountable.

Sick of it all.

UFT never seriously considered to file an age discrimination lawsuit against the DOE by the fact that it let the notice of right to sue expired within 90 days, it was just a public relation trick to fool discontent teachers into the belief that UFT has been doing something about age discrimination.
Actually it is much more expensive for the UFT to service senior teachers than newbies, no need to pay lawyers and arbitrators, no grievance cost, nothing to be done but to keep the dues.

Chaz said...
This comment has been removed by the author.
9:08 AM

I never thought of that. Two newbie teachers give the union $100 more a month than a senior teacher.

This doesn't surprise me a bit. The UFT was never serious about filing an age discrimination lawsuit. Their charade of getting a NYSUT lawyer to take statements was just a farce. Shame on them fr allowing the DOE to practice ageism unchallenged.

Chaz-the AP was clear they were told by someone at the ISC that (1) U rating for performance and the teacher can be romoved.

You are assuming that the person at the ISC is correct. Many of them are as clueless as the Administrators about the teacher removal procedures.

As to the class action lawsuit of ageism, it is much easier said than done. 1) it is going to be very time consuming and expensive lawsuit, it can easily last several years and costs tens of thousands dollars. No big law firm wants to take on the cityhall; 2) Even you have a group of teachers to initiate class action, it will be very difficult to keep the group together as evidenced by the previous lawsuit launched by Teacher4action, DOE, and UFT will do what they can to sabotage and divide the potential group of teachers, especially through the private lawyers such as someone like Wolfe, Krinski and others; 3)I am pretty certain that judges will do anything they can to dismiss the suit unless the case is ironclad.
It is not impossible to start a case, it will demand very strong leaders and strong supporters to go deep in court.

This is why the union most take the action. Only the union has the money, and legal expertize (through NYSUT) to start an age discrimination lawsuit.

The problem with the Teachers4action lawsuit was that it was not focused on specific actions and was not well put together, despite the merits of the lawsuit.

What I have to say is that DOE or UFT for this matter, still has big enough stick and quite a few carrots to stamp out major lawsuit like what is suggested here, What they have trouble controling are individual lawsuits by grieved teachers, even though these individual lawsuits, pesty as they are, do not hurt them as much.

I am really disappointed on the lack of data from the liaisons from the other TRC's. Maybe that is why the union can ignore the reassigned teacher since the TRC representatives seem not to care.