Blommberg & Klein's Decision To Cancel School At The Last Minute Was Disgraceful & Dangerous For Parents, Students, and Teachers 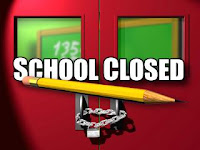 We all know that the Politicians use the New York City Public Schools as a "babysitting service". However, Bloomberg & Klein, knowingly allowed parents, students, and teachers to prepare for school when all other school districts cancelled their classes either last night or by 4am the following morning. It wasn't until 5:55 am when WCBS radio announced the closing. Later for other radio stations. If you were waiting for the TV to announce it, that didn't happen until almost 6:30am, too late for many affected school staff who already started their trip to school. Further, many parents and students were unaware that the schools were closed at the last minute. Fox interviewed a high school student going to school who had no idea that the schools were closed.

With up to 8 inches of snow already measured in the City, and below freezing temperatures making the roads icy and dangerous, (all the news reported were accidents all over the Metropolitian Area) to allow children to travel in such hazardous weather conditions is illogical and life-endangering. While Bloomberg & Klein eventually did the right thing by cancelling school, they did it for the wrong reason. I do not believe the decision was made based upon the Sanitation and Bus companies. Rather the decision was based upon that they were pressured to cancel school because few school staff were prepared to show up and risk their lives on the road just to supervise students in an auditorium and making them watch a movie. Therefore, the very late decision to close the schools.

The DOE must stop putting themselves first and the schools last. The decision to close schools during a major snowstorm is a "no-brainer" Compared to all other school systems , only Tweed doesn't take student safety in consideration and their failure to acknowledge student safety concerns is the major reason for Tweed's failure to close the schools in a timely fashion.

Actually, we've had to go to school on much more difficult snowy days, but you're right about Klein's decision-making: absurd to let it go so late.

I had already made my trek to school in an outer borough when I found out. Wouldn't have known at all if I hadn't asked someone to call me back about something I needed to know and they left a voice mail that I got when the subway came out from underground. If not for that message, I would have schlepped all the way rather than only two-thirds of it.

These people at BloomKlein cannot find their way out of a paper bag. Remind me to write something on the word paskudnyak.

Their arrogrance and dictatorial bent is evident for all to see.
I wonder for how much longer we will have to put it up with this.
My rights and the rights of many others are being violated and no one does anything--especially my union.

Now that we have a decent human being in the White House I am hoping for a change like the rest of the world.

I wonder whether Klein can access the Sub Central records before making these decisions. If he can, we should all be urged to call in from now on to shut down the schools.

I gotta say, I was shocked they closed the schools. I've gone in on worse days.