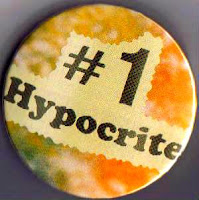 Joel Klein always claim the reason that teachers are removed from the classroom is that they are a potential threat to the children. However, when it comes to the Principals Tweed looks the other way. Now the New York Post reports how a NYC public school honor student showed up at a Brooklyn meeting with Chancellor Joel Klein, gave him a letter and pleaded for a safety transfer, as she was threatened with physical violence from a gang of students, only to be brushed off by the Chancellor and his minions. The girl wrote 25 e-mails to Joel Klein and did not receive a single response from Tweed. Eventually, she was jumped and beaten up and suffered serious neck injuries. Only then did she receive a safety transfer. If a teacher failed to take action and the girl was physically assaulted, the teacher would be removed from the classroom for failure to protect the safety of the child. However, Joel Klein's failure to protect the child goes unpunished since he is the Chancellor. In other words Joel Klein does not have to follow the Chancellor's regulations and violating his own regulations does not result in any consequences.

It seems that student safety is only a concern at Tweed when an accusation is made against a teacher. However, when it comes to physical threats against a student by others it is ignored by the DOE. "Children Last" continues unabated at Tweed.
Posted by Chaz at 4:36 PM

Just goes to show how Klein won't get his hands dirty dealing with the things that we deal with every single day. If any one of us had shown the same blatant disregard for this child's safety, we'd be sitting in the rubber room. I suggest that Klein educate himself by reading his own disciplinary code- particularly the pages about bullying.

I hope this family gets a ruthless attorney and gets a ton of money from the DOE.

Derrick Townsend an assistant principal at PS 154X District 7 has at least six corporal punishment allegations against him this year. They are:

Two of these instances seem to indicate a criminal investigation. Joel Klein and District 7 superintedent Yolanda Torres are well aware of these allegations. The last allegation was witnessed by two teachers and 25 students, yet Derrick Townsend remains untoucable. When will this stop?

I have to say that the Post has guts in printing this story. However, they totally ignored the Friday protest in front of the Fordham High School for the Arts this past week.

How many students have I seen like this young lady that has been assulated? Countless! When the parents came in I had to keep my mouth shut because the thuggish principal would have assualted me had I gotten involved in informing the parents of their rights!

It might be a signal that Klein's reign is close to ite end. The things of this nature have been going on every day of the week and every week of the year for last 8 years, all of sudden media starts to pay attention to Klein and to something like this.

Don't hold your breath on that happening.

isn't it great to be untouchable.

It's good to be king.