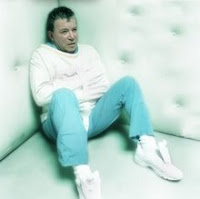 Randi Weingarten of the UFT with much fanfare had vowed to close down the "rubber rooms" by signing an agreement with Joel Klein to have the DOE legal Office offer settlements to teachers subject to 3020-a charges and to seriously question the Principal's motives when they remove teachers from the classroom. For a fleeting moment the July 2nd 2008 agreement appeared to have had an impact. It did seem that many teachers were offered settlements and Principals appeared reluctant to remove teachers. The "rubber rooms" were slowly emptying out. However, since the holidays there has been a dramatic reversal on all fronts. The first teachers who were subject to the PIP+ process and allegedly found incompetent were no longer offered deals under the newTeacher Performance Unit (TPU). Only resignation or retirement were allowed. Further, Principals, under increasing budget restrictions and knowing that teachers are off their payroll in 60 days, would have senior teachers who are eligible for retirement, removed from the school after the Principals realized that the DOE legal Office was not serious in questioning the motives of the Principals' removal process. Moreover, the continued biased investigative arms of the DOE, the Office Of Special Investigations (OSI) and the Special Commissioner Of Investigations (SCI) assume teacher guilt and aids the Principal in railroading the teacher out of the classroom.

Obviously, the union has been caught sleeping at the switch as the much promised reforms and fairer treatment for "reassigned teachers"has been disregarded by the DOE. Furthermore, the DOE and the Principals are discriminating against older teachers and are using "ageism" in accounting for the increase in 50+ year old teachers sent to the "rubber room". Therefore, as the "rubber rooms" are filling up with older teachers the union just looks the other way. Where is the discrimination lawsuit now that the DOE has shown their hand and are actively engaged in removing senior teachers? based upon previous actions, don't count on the UFT to do the right thing and bring an age discrimination lawsuit on behalf of the senior teachers. Why do we pay outrageous union dues if the union does not advocate for us and stop the DOE's abuse of power?
It is very discouraging how the union keeps dropping the ball and lets the DOE get away with abusing teachers.

I just ask that the union live up to it's requirements and protect the teacher from the abuse of the DOE. So far, I am disappointed on the union's lack of aggressive action to counter the DOE.
Posted by Chaz at 4:51 PM

When Randi spoke to me about 2 years ago and I told her what my bum of a principal was doing to have me set up and put in the rubber room she essentially told me to ride it out.

Her reasoning was that Bloomberg would be out of office and these policies of harassment and discrimination were going to end.
Now that I am in the rubber room
I feel that the union is basically telling me(us) to be happy we have a job in these times. Now that my second U rating has been upheld regardless of the fact that the bum who gave me that rating refused to testify I hold no hope that the UFT will defend any veteran teacher that gets into trouble.

The question remains what will happen to us in the upcoming contract talks between the UFT and the City. I predict that you will see a number of things:

1. The New York Post and the Daily News villifying rubber room "inmates" at an increasing pace.

2. Public outcry that teachers are earning salaries for doing nothing.

3. Randi proposing again that they put us to clean tiolets and scrub floors.

Will we(rubber room "inmates", many who are political prisoners like myself)be sold down the river and stabbed in the back? My gut instinct tells me yes!

It seems to be true that more senior teachers have been reassigned from what have been going on in the Staten Island rubber room.

Chaz, again thanks for the update.
In your final sentence -- there's no "just" about your asking. Ask it, demand it, on behalf of us all.

About a year ago I asked Mendel at the D.A. about the rumor that 2 mos. in the rubber room and you're off the school's budget. I perceived it as a direct threat to teachers and a vehicle for unjust removal.

Not expecting the question, he murmured something about 3 months. No, I said I was told 2 months. Then he fumbled his way through the rest of the response as if to say it was not going to be used as a weapon.

I also asked some DRs about a principal's using this method to trim their budgets: trump up something against a teacher, stick 'm in the rubber room and they're out of your hair in 60 days. The DRs both said they never heard of it happening.

Now, a year later. So much water under the bridge.....

Katrina comes to mind, and every other disaster manmade or otherwise. Deals are made under the table, contracts are abandoned by both sides, laws are broken.

The press is silent. I take that back. The press IN ITS SILENCE takes sides.

I always had my doubts about the "rubber room" agreement and so did ICE. However, due to both the budget crisis and Joel Klein's problems with parents and teachers, it looked like it was working. However, it is clear that the DOE has decided to go after senior teachers once again.

Since there is a lack of enforceability in the agreement, the union is either unable or unwilling to do anything about it.

You're way too kind, I think.

Some of us guessed and have never been proven wrong that the union is collaborating. Anyone who doesn't see this has not studied the terrain.

I have to agree with Woodlass. The UFT is complicit here. The city and the NY papers have successfully painted RR victims as losers, and Randi does not want to get her hands dirty here. Instead, she pushed through a meaningless compromise that will most likely result in more spaces for more senior teachers.

There should be real penalties for principals who abuse the RRs. And what every happened to that age discrimination lawsuit that the UFT said they would pursue? The truth is, the RRs are a de facto early retirement system. If it isn't stopped, no one will reach 55/25 anyway.

I'd love to see the data regarding age representation. Is it available?

I have been told that out of 145 members in the "rubber room" in Queens, over 100 of them are 50 years old or older. That is about 70% of the RR population.. I hope to get exact statistics and will publish them if I can.

I am in the Manhattan rubber room and we are seeing more teachers who are senior teachers being sent there. Even the site supervisor commented on how ineffective our union is to allow the DOE to get away with this discrimination.

anyone think that maybe some of these teachers are fed up with the class room and want to spend some DOWN TIME reading the paper, going on line, playing chess and checkers in the rubber room and receiving the SAME paycheck

Mayor Bloomberg, stop leaving your comments as "anonymous". We already know you don't respect teachers, nor the children and parents of NYC public schools. Just sign your name correctly, we understand.

If you really believe what you said then you fit one of these categories.

A. A Tweed lackey.

D. All the answers above.

What you obviously are not is a classroom teacher.

Randi, WHERE ARE YOU? I think it is time for the older teachers to get together for a class action suit based on age discrimination. This is a federal offense and there is enough people to prove it.

My school is closing in JUne. I have 22 years and just turned 50. A very good friend who is a principal said Face Facts- you will not be hired, you are just too expensive." And I call her friend but it is the sad truth. Our Union continues to do nothing , not even responding to email.