My Response To Alexander Nazaryan 's Opinion Column In Which He Bashes The Union And Supports Bloomberg's Teacher Evaluation System. 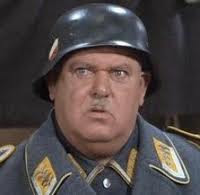 In today's New York Daily News a four year teacher (I think, is he even tenured?) named Alexander Nazaryan blasted the union's position on the "teacher evaluation system" and supported Mayor Bloomberg's position in his opinion piece. Worse, he went on to praise his school Brooklyn Latin and the Principal while he insulted his previous school. He went on to compare his school with the schools in the South Bronx and actually blamed the union and the teachers for their poor results. After reading his disgusting and self-serving article about how great he is and how his Principal is god, I almost puked!. I also deplored the way he demonizes a Caribbean Assistant Principal and women in general in his old school in which me lasted a mere year in. Therefore, I decided to compare his school, Brooklyn Latin with a South Bronx High School Samuel Gompers and found these not so startling differences.

I would not be surprised to find out that Alexander Nararyan is a member of that fifth column, Educators4Excellence since he, like the group blame the teachers union and teachers for the problems in the schools. No where in his article did he blame the social-economic problems affecting the student academic outcomes or admit that his school is part of the 1% of City schools that require a specialized entrance exam. His article is disingenuous and self-serving and he should be ashamed of himself to be used as a stooge for those education reformers who just want to destroy the other 99% of the schools.
Alexander Nararyan reminds me of Sargent Schultz since he sees nothing, knows nothing, and says nothing of importance when it comes to the New York City Public Schools.
Update: According to Gotham Schools Alexander Nararyan is now a former teacher. If true, I guess he couldn't even last five years. What a phony.

A lot of the teachers at the "highly screened" or test required high schools are under the misimpression that they are better at teaching than those of us who deal with every kind of student at the large, zoned high schools.
I think a switch of staff once in a while would be wonderful.

Goggle him he's a writer and lives in Bushwick.

He's on the editorial board of the Daily News
Google him

Excellent response Chaz. What a steaming pile that opinion piece was. The misogyny and racism is strong in that one. I doubt anyone from Brooklyn Latin would last a week at my school.

Alexander is a sc*mbag plain and simple. What really makes me so angry is that the rag press is on a daily mission to portray NYC teachers as horrible people. I teach in the South Bronx and have been there for many years. I can count on one hand the number of teachers that were not a good fit for the job. (And most of them were TFA'ers who left after their time was up) The fact is that the vast majority of NYC teachers are hardworking folks who must thrive under very difficult working conditions. I wish some of the good work that we do would be reflected in the press. The good news is that most surveys indicate that NYC parents are satisfied with not only their child's teacher, but their school in general. We all know that the press is just a propaganda tool run by the corporate goons who want to privatize education.

Great point, anonymous 10:09 pm. People need to teach in a variety of settings every 3 to 5 years. No one wants to admit this, but there's a difference between townsend harris hs and working in south jamaica.

I'd love to see this kid blogger be called every name in the book by kids and put his hands in his pocket and not do anything b/c if you do something, then you get in trouble as the teacher

If teachers were treated like employees, we all would be a lot better off. The problem is that they have tenure protection. No one else has that protection, so why should teachers???

Brooklyn Latin is in the same school building - PS 147 - that I taught at for 27 years. In fact they occupy my old room on the 4th floor. All he has to do is go downstairs -- maybe in his free time -- and work with kids that might not just get into Brooklyn Latin. In fact we should ask the Brooklyn Latin kids to tutor some of the PS 147 kids. But Alexander is not really interested in children first but has a political agenda.

Obviously, this guy's got an "in" to get this job.
The snob, he thinks American writers shouldn't get the Nobel Fiction Prize

Every single day the Daily News and the Post have to post their daily teacher bashing article and editorial - it is really incredibly disgusting and frankly getting a little repetitive!
Isn't there anything else they can write about ? Oh I don't know the election or Afghanistan? Their readers aren't smart enough to handle real world issues and I guess these rags really do believe that their readers are so dumb that they will believe the crap they print. sad

I read Mr. Nazaryan's piece while visiting my parents over the weekend. I have to admit as one who was raised in Brooklyn and Queens and having been brought up with the kids in the neighborhood that I was raised with that my first thought was the find this guy and kick his ass. But none of that. I would invite Mr. Nazaryan to my self contained classes in the high school I teach in. Now the guy might be as passionate as me, he might use all the tricks he knows, he might be as funny and enteraining as myself, he might be just as street savy, he might even know how to motivate as much as myself. The guy might have enough energy as I do, he might even have been born knowing just how to get students who don't believe in themselves or are hungry or have had guns pulled out on them to even attempt to try the work. But one thing I know is that is not better than me at those things. Do me a favor Mr. Nazaryan - STFU!

I first read Mr. Nazaryan's piece while visiting my parents over the weekend. I have to admit that my first thought was to find this guy and kick his ass. But none of that. Mr. Nazaryan, I know one thing is for sure before I get ready to sleep tonight. You might be just as good as I am in motivating a self contained class of high school students to do work. You might have the same energy as I portray everyday in the classroom. You might even be able to bring your street smarts into a classroom and find a number of ways to connect to the kids. Mr. Nazaryan, you might even be able to use all your tricks in the bag to make kids who admit hating life or feel so alone and desperate to smile - even make them laugh and get them back on track and on task. You may even be able to demonstrate you are trying so hard that the class recognizes your effort and actually applaudes - not in jest but in sincere thanks. You might be just as good as myself and countless others who teach these at risk kids. But don't ever consider yourself better. Do me a favor Mr. Nazaryan - STFU!