The Bloomberg/Walcott Agenda Is To Destroy Tenured Teacher Due Process Rights. 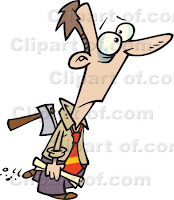 Lost in the furor of Chancellor Dennis Walcott's release to the newspapers of sixteen teachers that he believed should have been fired for sexual misconduct but weren't (the reason was that there was no sexual misconduct but that seems to have escaped Dennis Walcott and the news media's attention). However, their real agenda is the elimination of tenured teacher "due process rights".

It is no secret that the Bloomberg Administration wants to replace the 3020-a system where independent Arbitrators weigh the evidence and come up with fair and reasoned decisions (in most cases). To this end, the Bloomberg Administration campaigned for an end to "LIFO" (last in, first out). However, they failed to get it past the State Assembly in 2011. Next Bloomberg and Walcott tried to eliminate the 3020-a requirements in the proposed teacher evaluation system for teachers rated "ineffective" two straight years. In this, they were mostly successful as they managed to doom 87% of the teachers to an Arbitration process that puts the burden of proof on the teacher to prove that they are not "ineffective". An almost impossible hurdle for the teacher to meet. However, this left the issue of teacher misconduct for the Bloomberg/Walcott Administration to tackle.

Back in the bad old Joel Klein days (not that it is any better now) he proposed an elimination of the 3020-a process and install an "arbitrary & capricious" standard, with the hearing officer being a city employee very much like the "U" rating process is now. We all know how the "U' rating appeal has turned out for the teachers. The DOE proposal has changed little, except that the City agreed to let the city-appointed OATH judges decide the fate of the teachers. Furthermore, the final decision on the teacher's fate would still be left in the hands of the Chancellor even in the rare instances the OATH judges ruled in the teacher's favor. You can guess how that ends, that's right with the teacher terminated!

Since the teacher evaluation system will not address the teacher misconduct issue or change the 3020-a procedures for teacher discipline, the Bloomberg Administration and the DOE decided to start an offensive against the independent Arbitrators that hear educator 3020-a misconduct cases. This included opening up closed cases of over a decade ago and falsely accusing teachers of sexual misconduct where no sexual misconduct was found, questioning Arbitrator decisions without fully understanding the facts of the case, and worst of all, using faulty & biased investigative reports as if the accusations in them are proven fact rather than what many end up to be, unfounded, or not credible.

Let's not lose sight of what the Bloomberg/Walcott Administration wants to do. They want to see tenured teacher "due process rights" eliminated and "hire & fire" at will. They apparently won that right for the unfortunate 87% of the teachers rated "ineffective" two consecutive years. With that win in their pocket, they have set their sights on the teacher misconduct issue. Thankfully the union has stayed strong on the use of independent Arbitrators and any changes must be approved by the State Legislature. Therefore, as much as Bloomberg and Walcott wants to change the process, it is not happening, unless the union does the unthinkable and actually is willing to eliminate tenured teacher "due process rights". I may be naive but I can't see that happening.
Posted by Chaz at 8:54 AM

Chaz,
How can you say that you do not see this happening when, as you correctly point out, they already did so with respect to 87% of the incompetency cases in the TPU unit. As you correctly also point out, they are now focusing the attention on the ATU unit which are the misconduct cases. I have a bridge to see you if you do not believe that the union is going to give in. For years, the Union insisted that the U rating appeal process was due process. What a joke.

This issue goes back to 2000 when Randi Weingarten allowed a change in the wording of the 3020 and 3020a language. It has allowed NYC teachers to be judged differently than the rest of NY State, and that wording has led to the tremendous number of teachers being brought up on charges. She allowed much of what the city can now do to teachers and staff.