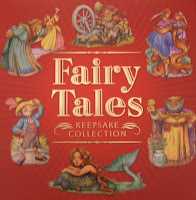 We all know that "fairy tales" are simple stories that are not based upon fact but on myths and legends. For example "Jack and the beanstalk" or "little red riding hood". It is not just parents and teachers reading "fairy tales" to the pre-schoolers or kindergartners, the DOE has their own offices that writes "fairy tales" as well.

OEO & OSI are completely controlled by the DOE while SCI are semi-independent of the agency (the SCI salaries are paid out of DOE funds). While educator wrongdoing should be investigated, the investigation process should be fair and neutral. Too often the investigators of these three offices assume a presumption of guilt by the teacher (not administrators in the ever continuing double standard) as they start their investigation. This means that before the investigator even starts to interview witnesses the investigator already has a potential script and it is up to the witnesses to fill in the details and if it turns out that the square peg does not fit into the round hole, they will simply make the peg round.

In many cases the investigator will use third or fourth person hearsay to help substantiate the accusation and to "pile on" charges against the teacher. Many of them are eventually dismissed by the 3020-a Arbitrator due to lack of evidence. These "add on" charges that the investigator has helped make the DOE's case for termination are simply "fairy tales" , in other words they have no factual basis and weaken the case against the teacher. If I was an Arbitrator and I found many of the charges lack credibility, I would be very suspicious of the severity of the charges that had some evidence associated with it.

Why the news media would believe that the investigator's report is always truthful and has no agenda associated with it while ignoring the actual evidence found by an impartial Arbitrator is simply wrong and smacks of bad journalism. Then again juicy stories sell newspapers the truth doesn't.
Posted by Chaz at 9:44 AM

Great insight and so true.

Looks like the strategy worked for the DOE. They knocked a lot of people- including you- onto the defensive and off the subject of school closings and privatization.

Looks like the strategy worked- the DOE got school closings and privatization off the front pages and refocused everyone's attention on bashing teachers.

Thank you for the information though. I'll be checking your blog more often to know more about this.