The Mayor's Poodle, Chancellor Dennis Walcott, Deserves An "F" In His First Year In Office 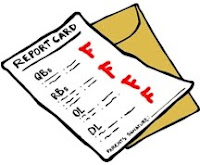 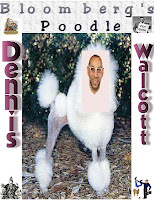 Chancellor Dennis Walcott has completed one year as Chancellor for the New York City Public School system and I have graded him an "F". Why has his tenure been so unsuccessful? Let's breakdown his lack of accomplishments as Chancellor since April of 2011.

Independence From The Mayor's Agenda:

The Chancellor has shown not one ounce of independent thinking and follows the Mayor's commands without question. He has proven to be the Mayor's "lap dog" in deed and thought. His unquestioned support of the Mayor's highly unpopular education policies is disgraceful. The Mayor's legacy as the "Education Mayor" is just a sick joke with the ever widening racial/income achievement gap, low "college and career readiness rates", rising class sizes, reduced school staffs, and a bloated DOE Central Bureaucracy where high priced consultants and wasteful technology rule. Moreover, the Chancellor has supported the Mayor's actions to circumvent the union's "collective bargaining rights" and to support the layoff of 4,666 teachers last year! It is little wonder his job approval ratings are so low?

Time and again the Chancellor claimed that he will make principals accountable for any cheating or bogus "credit recovery programs". However, to date, the Chancellor has been "all talk and no action". Even the New York Post has questioned the graduation rates. Where was Chancellor Walcott and his investigators when the New York Post exposed the phony credits given to students at Washington Irving High School? How come we haven't seen any results of the claims that the Chancellor made about investigating the various principals that teachers emailed him by way of Michael Goodwin? I know the investigations are ongoing ZZZZZZZZZ. Wake me up when those investigations are complete sometime 1n 2014 as being unfounded . However, when it comes to teachers that were found innocent of serious wrongdoing by impartial Arbitrators he still wants the teachers fired because the Arbitrators, who had all the evidence, were wrong and the DOE, which is known for their faulty and biased investigative process was right. I guess the Chancellor believes that a lack of relevant evidence does not matter in declaring teacher guilt. The Chancellor would make a great judge if this were the "Salem Witch Trials".

Under Chancellor Walcott, teacher morale is at a low, while he and his staff continues to demonize and scapegoat the classroom teacher. Dennis Walcott seems not to understand what rising class sizes, lack of resources, and failure to enforce student discipline does to classroom teaching and student academic achievement. He follows in Joel Klein's boots in blaming the student ills on the teachers and like his Mayor only wants the "best teachers". Of course the definition of "best" is temporary, young, controllable, and inexpensive. He has taken the lead in eliminating half the teaching staff of 26 "Turnaround Schools" or approximately 1,500 teachers. He made sure that many experienced teachers would not get jobs and be dumped into the ATR pool by lifting the City hiring freeze for the three month summer hiring period. The result was there was over 1,300 ATRs that had no classroom assignment at the beginning of the school year.

In his second budget, the Chancellor has frozen the Public School budget, which is a reduction when inflation is taken into account, while increasing the budget for Charter Schools. Here again he has failed to public school students and parents. When asked by Fox News today why the small and Charter school do not take the same amount of "high need students" that the closing public schools do, he lied and said they do.

The bottom line, the Chancellor's grade is a well deserved "F".

Excellent summary of how this administration has dealt with education. All the kids lost will be Bloomberg's biggest legacy when everything is said and done.