The Mayor Loses Yet Again As A Judge Refused To Issue An Injunction Stopping The Rehiring Of Teachers In The Turnaround Schools. 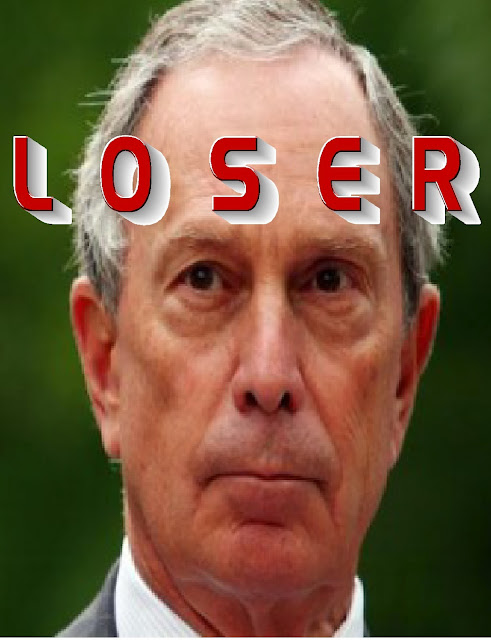 The Mayor loses yet again as a Supreme Court Judge refused the City's request to issue an injunction to stop the rehiring of teachers in the 24 "turnaround schools" that the new principals "pink slipped" .  According to Gotham Schools, the judge, Joan Lobis of the New York Supreme Court ruled against the City and her refusal to issue an injunction was based upon the City failing to meet the two requirements that allows for the issuance of such an injunction.

According to the judge, the City failed to meet the requirements for issuing an injunction.

To win an injunction, plaintiffs have to prove two things: that they would suffer “irreparable harm” while their case is pending and that they have a strong likelihood of ultimately winning their case. Lobis said today that she didn’t find the department convincing on either point.

The Mayor's third term has been an educational disaster.  First his educational miracle on student academic achievement turned out to be "smoke and mirrors".  Second, his claim that the graduation rate has improved was based upon massive and bogus "credit recovery programs" and a "college and; career readiness rate" of 20% and only 11% in the small school he created.  Third, he lost on the "last in, first out" where his LIFO bill died in the State Assembly and ignored by the Governor. Now it is his sham turnaround schools policy as the courts have ruled against him.

The educational legacy of Mayor Bloomberg will be as a loser!
Posted by Chaz at 9:36 PM

Agree completely with your post. The more he fights this the more he looks like a fool. I am amazed at how the UFT will not anticipate their next move but only react. In the end the emperor may get a part of what he wants.

It has always been the UFT method once Shanker left. The UFT never is pro active but reactive and never seems to press their advantage.

Plan B is to do nothing until the school year is about to start and then blame the teachers when the school fails to improve amid the chaos caused by Tweed,

Check out Gotham schools as the ELA test scores for lower grades from 06 to 09 are now in question.

It appears the Mayor has givin up, at least for now, and all the teachers are back into their positions with principals that don't want them.

This will be an interesting and chaotic year for those schools and staff to say the least.

But responding to Any 5:18 PM, I doubt that they are giving up, they will follow the same model of the phase out schools that escaped near death in 2010. Make a assumption that these schools are failing, send the goons into the buildings with predisposed ideas and give them an F. Prepared the black list and simply firesquad them in the final hurray of the Supreme Leader's PEPs.