To Be An Effective Teacher You Need The Proper Resources, Administrative Support, And Most Of All, An Enforceable Student Discipline Policy. 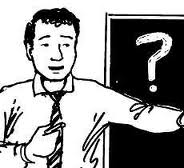 I keep hearing the Emperor, Michael Bloomberg, and his poodle, Chancellor Dennis Walcott claim that they want "effective teachers" in the classroom.  However for a teacher to be "effective" the teacher must have the necessary tools to achieve that designation and that is the problem.  What the Bloomberg Administration fails to do to is to provide the tools to make a teacher "effective",  The City fails to provide resources and support to help the classroom teacher to become a quality teacher.  Even the usually Mayor friendly New Teacher Project identified the many failures of the Mayor's education policy in the New York City Public Schools.  According to the TNTP report the following problems were found and need to be addressed.

Mind you, this report is by a pro-reform group and even they could not ignore the failures that the Bloomberg Administration has brought on to the New York City Public School students.  The report could, and should have added the following problems that hurt student academic achievement and they are,

Of all the problems listed above I find that the failure of the DOE and school Administration to enforce the student discipline code is the most serious obstacle for effective classroom teaching. When students realize that the Administration will not back up the teacher, the teacher is then handicapped and it is unreasonable to believe that a teacher in a low preforming school with high poverty rates and large percentages of Special Education and English Language Learners would be able to achieve high test scores without these children getting extensive wraparound services and a zero-tolerance discipline policy.

Teachers who work with the academically-challenged population must have not only Administrative support but his or her student's family must receive professional assistance and the student should have after-school programs and services to  help them academically as well as behaviorally.  Presently, the City does not offer adequate wraparound services to these children, instead it it easier for the Mayor and Chancellor to blame teachers for the student's failure to behave and succed academically rather then provide the necessary wraparound services for student academic achievement.

The best method to improve student academic achievement is to enforce student discipline and get these disruptive students the help they and their family needs so that the teacher can become the "effective teacher"  that the Mayor and Chancellor claim they want/  All other strategies fall behind the most important factor and that is a peaceful classroom where students can learn without disruptions from a behaviorally-challenged student.
Posted by Chaz at 5:02 PM

Absolutely Chaz, and this continues because it provides THEM with ammunition against teachers who are to blame for everything wrong with the NYC school system. I can still hear the words in the auditorium, "...remember, if you fail So and So, YOU will have him back in your class next year, so let's move him on ...he is college and career ready!"