Why Doesn't The Union File Expedited Grievances When Selected Teachers Are Reassigned Out Of Their Borough? 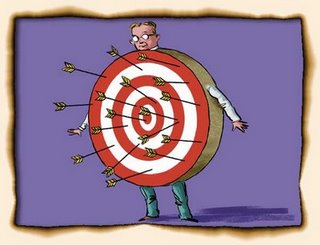 There seems to be a misconception that there are no more "rubber rooms" and teachers mo longer spend many months and even years out of the classroom.  While most of these teachers will find themselves in their local CFN offices.  However, for some selected and targeted teachers that the DOE have singled out, are send to the far reaches of New York City.  To me, this is simply vindictive and presumes guilt even before a decision is made.  In one case I know of the teacher wasn't even charged and still was sent to a different Borough! According to the UFT contract and Chancellor's Regulation C-770, a teacher who is removed from their school will be placed in the District Office and for the most part the DOE abides by that interpretation of the contract. In fact, here is what the DOE wrote about reassigned teachers.

It should be noted that, during the period of suspension, all individuals are expected to
perform duties appropriate to their regular assignments, insofar as possible. The duties
will depend, of course, upon the circumstances surrounding the suspension.
Suspended employees are to be assigned within their own districts or divisions. Requests
for a temporary change of assignment because of extraordinary circumstances must be
directed in writing to the Executive Director of the Division of Human Resources, with
supporting statements for the request. The Executive Director shall confer with the Office  of Legal Services regarding this request. The employee is not to be reassigned from the district or division until written authorization has been granted.”

However, for those selected and targeted teachers, the DOE has chosen to make their life as difficult as possible. Let's look at two examples of what the DOE has done to two different teachers. 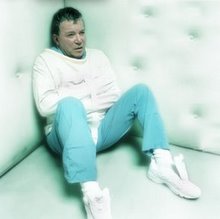 Example 1:  A District 26 middle school teacher in Queens was sent to Staten Island while waiting months for his 3020-a decision,despite the DOE's own written policy.  The teacher asked the union to file an expedited grievance to get him reassigned to either his District Office or local CFN.  Instead, the UFT representative filed an ordinary grievance that could take a year or more to be heard.  The teacher has now left the DOE and his grievance has still not been heard.   You would think the union would continue to pursue the grievance to make sure that the DOE's vindictive action would no longer be allowed and other teachers would not be subject to abusive travel conditions.  As far as I know the union might have dropped the grievance since the teacher no longer is employed by the DOE.

The question is why hasn't the UFT followed through with the grievance?  I would think that the DOE's apparent violation of the contract and their own policy is worthy of a grievance that the union should follow through with.  Is it not the union's duty to represent all their members?  Does the union buy into the DOE's policy of the teacher being guilty if accused?  If not, why the inaction in allowing these selected and targeted teachers to be subject to outrageous and costly commutes?

The bottom line is the union has a responsibility to protect these teachers and not buy into the vindictive actions of the DOE.


Well how about the High school teachers in district 76 who have to travel all over Brooklyn and Staten Island for their weekly assignments?? And anyone who has filed a travel hardship was told that the ATR situation is different and is not covered in the contract for travel hardships! How is that allowed???????????????

Any word on who the next UFT V.P for high schools will be? Good bet that Tom Bennett, husband of Jackie Bennett a UFT leadership darling may receive the nod.

What is an expedited grievance? Is that term defined in the contract. Any grievance can be "expedited" by just following the time limits in the contract. The bottom line is that the UFT created several tiers of union representation and has relegated rubber roomers, ATRs and other disfavored types to the lowest tier.

Tom Bennett???Oh no! He is useless!

I had my Step 1 Grievance in early May and it was denied. Still waiting 2 boroughs away.

a. Subsequent to a recommendation to Discontinue.....

b. How long does a Rating Officer have to hold a 31 Circular on corporal punishment? is there any time limit?