Why Doesn't The DOE Punish Principals Who Hide Their Vacancies? Because They Do Not Care To. 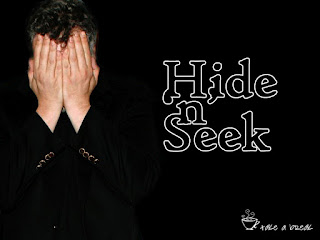 The actions by Principal Ann Chester at Fort Hamilton High School has spotlighted that many principals  refuse to hire ATRs for their vacancies, not because the principals believe that the ATRs are lousy teachers but because the school would need to pick up their salaries.  Instead, the principals will hide the vacancies and pick up long-term substitute teachers who will cost the schools one third the salary of an ATR and do not have tenure.    Since the DOE has shown little interest in going after the principals who violate the ATR Agreement with the union, the practice is widespread and has resulted in far more ATRs than there should be.

Gotham Schools wrote a great article about how Principal Ann Chester circumvented the rules and underpaid many substitute teachers to save money.  Of course, that also meant that no ATRs needed to apply for the vacancies since the Principal falsely claimed that they were covered.  In the Gotham Schools article an anomoynous Principal said the following.

It is not uncommon for school leaders to skirt the hiring rules from time to time to ease in favored candidates, according to the principal of another large high school. But the principal said the skirting usually happens only in very limited circumstances, such as when the school wants to hold on to an excellent student teacher for a year until a position opens up. Informed that Chester might have hired at least 14 teachers in this manner, the principal expressed shock, saying, “Everybody does it, but nobody has done it to this degree.”

Of course, Anne Chester is still Principal of Fort Hamilton High School as the SCI Investigation is just about finished and since the DOE has failed to take any real action against her, look for other principals to thumb their collective noses at the DOE and refuse to hire ATRs to cover their vacancies to save a few coins.

actually, the DOE lifted the hiring freeze in selected districts in Brooklyn and Queens as well as all of Manhattan and the Bronx.
Now principals are able to hire 'whoever' they want outside the system.

It also looks like the hiring freeze will be lifted in the remainder districts at some point before Aug 31. Principals all over are beginning to interview candidates outside the system.

They all do this. Two years ago, when I was first excessed, I was doing a SS vacancy in my license area etc. The AP in charge did not observe me or interview me(even after I had asked for both) and told me that based on 'speaking with students' I was teaching that I was not the proper 'fit.' ie they did not want to lose my 25 free coverages a week.

This same school has a vacancy now for Social Studies and will not even return my email or phone calls. At least now the turkey that is my 'supervisor' cannot say I did not try.

you may find a few answers in this youtube clip.

Not to excuse it but principals hid vacancies forever -- back in the days when UFT members could use seniority transfers. We used to wonder how Staten Island which was so desirable for teachers who lived in Jersey could not get transfers from Brooklyn while the SI schools were filled with young teachers (often connected). The attitude was that they didn't want "burned out" teachers or have to take people they didn't choose. Klein used this and the UFT helped him end seniority transfers as if the 600 people who applied each year were the biggest problem facing the schools. Before 2005 they always complained but the UFT handed them the grenade.

It's always cheaper to hire a sub instead of an ATR. Many principals told me so when I asked why not hire me if you need a teacher...yes, they do talk to me because I worked with them before I was excessed. They would rather go with a long term sub....it's cheaper. Do the math. If a regular teacher leaves in October/November it's way less money to pay $154 per day than $92K per year. This is a breach of the UFT contract but Mulgrew does nothing. Many have said ATRs are the new rubberized misfits who will not go away until the DoE makes it ridiculous to stay. So screw them..stay...they don't want experienced teachers. I'll stay and babysit for $92K....with benefits.

What about the subs like me who have a masters and a teacher certifaction but they won't hire me because they claim there is a freeze and/ or won't even give me the proper money fr a full time vacancy because then they will get in troble for not hiring an ATR I've been looking for a job since I graduated. For 5 years I've been screwed over. I wish I was an ATR.