Just Another Case Of The DOE's Double Standard. 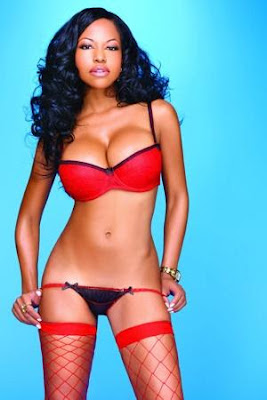 In Sunday's New York Post there was a story of a highly regarded high school guidance counselor, named Tiffany Webb, (37 years old)  who was not granted tenure because of her past history as a lingerie and underwear model when she was in her late teens (18-20 years old).  In fact, according to the article she was removed from the New York City schools and sent to the "rubber room" two different times for a year long stay during her teaching career because of those photos as they circulated on the Internet without her approval.  Eventually one of the students in her last school Murry Bergtraum High School found the pictures of the guidance counselor on the Internet and gave it to the now ex-Principal of the school who not only refused to give her tenure but  proceeded to terminate her.  Ms. Webb was forced to leave the school system, despite previously being a  teacher for ten years.  Apparently, her journey between elementary, middle, and high schools as well as a two year stay in the infamous "rubber room" as a teacher never earned her tenure protection before she became a guidance counselor.  .Now you know why tenure is so important!

This is yet again another case of the DOE "double standard" as administrators and managers get a pass for misdeeds while school staff are terminated for the most frivolous and innocent actions and in Ms.Webb's case legal employment that somebody in the DOE twisted and perverted into something seemingly evil. Which person would you rather your child be with Ms. Webb or these two DOE employees?  Here and Here? The answer is very obvious, Ms. Webb by far.
Posted by Chaz at 9:16 AM

great post, chaz, you can also add that it is also another case of the uft sitting idly by while the DOE imposes its will on a teacher.

Principals, APs, superintendents and other 'DOE people' do stuff that costs the DOE money in law suits all the time.

I wish this woman well and hope she wins a lot from the DOE.

Notice in the Post article that she was fired days before receiving guidance counselor tenure.

As a lesson to any teacher in the DOE, be careful what position you take as to it may involve becoming a probationary teacher again(ie you have tenure as a JHS teacher and a HS position opens means you give up tenure for 2 years). Do not switch your license or take a position where your tenure is compromised. This is what the DOE is looking for to fire you.

It's too bad this is allowed, the redo of tenure when a teacher takes on a different job. I don't see how she can prevail in court as it appears she was once again an "at-will" employee.

I believe she could still have been a teacher if she had obtained tenure as a teacher but it appears that her travels between the elementary, middle and high schools, as well as the stay in the "rubber room" she never gained teacher tenure despite her ten years as a teacher.

Also, correct me if I am wrong, but I do believe that if you are a woman and obtain tenure under your maiden name, then get married, change your name, then there is a stipulation where your tenure can be revoked if it was obtained under the maiden name.

Bottom line is our union wants us to think that everything is peaches and cream, that we should 'take things as they come' bla bla bla instead of making the members that pay union dues aware of what can and will occur in this system

Absolutely ridiculous.... No crime committed, no infractions on her part, fully disclosed her past to the DOE (even though she did mot do anything wrong in the first place), does everything right and gets her career destroyed anyway. Nobody is able to dedicate their lives to helping students anymore. I hope she wins big in court, gets a new modeling gig and goes on to make millions. Then she can tell Bloomberg and his acolytes where to go.

I never heard of that stipulation. I believe she never was in a school (elementary, middle high) long enough to get tenure before she became a guidance counselor. Therefore, she got screwed.

If Ms. Webb came into the system more than 12 years ago, then she should have gotten tenure by Estoppel after 3 years. The DoE stopped the Estoppel practice just 2 or 3 years ago. I cannot see how Ms. Webb did not get tenure as a teacher. I do understand the untenured status as a guidance counselor but she should have reverted to her teaching license. That's why it's very unfair what the DoE did to her.

Concerning Mr. Baranello, he also needs to be investigated for refusing to determine certain Freedom of Information Law requests in a timely manner.