Sorry Bloomie But Hurricane Sandy Is More Powerful Then You. 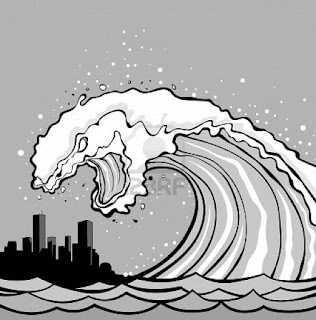 On Saturday Mayor Bloomberg was downplaying the potential  impact of Hurricane Sandy on New York City by claiming he had no intention of closing NYC schools. He further stated that when there was a transit strike, he kept the schools open, even if the Governor does shut down mass transit in the City.   He also said that he will be sending NYC workers upstate to help other communities, as if they are not needed here.  Finally, he claimed that Hurricane Sandy will have a less of an impact on New York City than a weakening Tropical Storm Irene of last year. Wishful thinking if you ask me Two days later, an intensifying and massive Hurricane Sandy, with 90 mile per hour winds, slammed into the New Jersey shore, near Atlantic City and caused tropical storm force winds from Massachusetts to Virgina, massive power blackouts, storm surges, and extensive flooding to New York City.  In response the Mayor was forced to close schools for both Monday and Tuesday. The Holland and Brooklyn-Battery Tunnels are closed, with many of the NYC bridges slated to close by 7pm. Sustained tropical storm force winds of 50-60 mph with gusts exceeding hurricane force are being experienced in the metropolitan area.  The Triborough Bridge recorded a wind gust of over 100 miles per hour!

I guess Mayor moneybags got it very wrong when it came to Hurricane Sandy's impact on New York City. It just shows that he knows just as little about meteorology as he does about education.
Posted by Chaz at 4:14 PM

Oh boy was he wrong.