Will Hurricane Sandy Close The New York City Schools? The Answer Is Yes!

It appears certain that Hurricane Sandy, now known as the "Frankenstorm" will impact the New York City metropolitan Area with tropical storm force winds of 50+ mph and torrential rains of 5"-10", along with major flooding.  The question on everybody's mind is "will the Mayor close the schools"? My best guess is yes for either Monday or Tuesday but not both days. 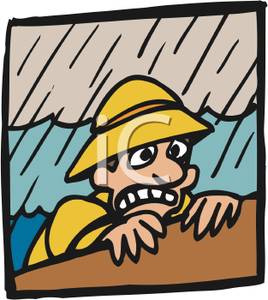 According to the Mayor, the MTA will close down public transportation when winds exceed 39 mph and that is an almost a certainty as the Hurricane reaches the Delaware/New Jersey coast on Monday.  Even if the winds don't reach tropical force in the morning, it will by the time school lets out in the afternoon.  The last thing the Mayor wants to be remembered for is how he stranded children in school with no mass transit to get them home. Therefore, it would appear that the Mayor will very reluctantly will close he schools on Monday but because he will not allow schools to be closed for two days.  The Mayor will make every effort to open them Tuesday and pressure the MTA to provide mass transit, despite the tropical force winds and torrential rains that will cause massive flooding throughout the City.  Alternatively, if the storm slows a little, the tropical storm force winds may not occur until after the evening rush hour.  In that case, the Mayor will keep the schools open on Monday and probably close them on Tuesday.

Interestingly, the Mayor in his 6:30pm press conference downplayed the storm's impact by claiming it will hit Maryland or Delaware not New Jersey as the National Weather Service's track shows and appear optimistic that the City will not be severely affected by the storm.  i did think he is crazy if the MTA shuts down and he expects the students to get to school in a hurricane but then it is money first and "children last" for the Mayor. I guess we will see as Sandy gets closer to the City.

Remember, the New York City schools serve two purposes,  The first as a "babysitting service" and second a "money machine".  Closing the schools cost the City money as parents must stay home to care for their children and the City loses funding from the State.  Therefore, it is in the Mayor's economic interest to keep the New York City Schools open. I suspect that the Mayor will not issue the order to close the schools until Late Sunday night at the earliest as he and many others hope that Hurricane Sandy miss the City.  Consequently, it will be interesting to see when and if the Mayor actually closes the schools or he will expose the children to the severe weather just for a few dollars.

To get the latest on Hurricane Sandy from the National Hurricane Center, it is here.

Update:  In his 11:24am press conference the Mayor realized he was too optimistic and has announced that the schools will be closed Monday and it doesn't look good for Tuesday either.

He just reminded us he left the schools open during the transit strike. So his team has already decided that schools will be open even if MTA shuts down on Sunday night.

Exactly the type of analysis I've been looking for all day! Thanks for brining clarity!! FYI, WNYC is reporting that if the MTA decides to shut down service, they'll start Sunday night at 7 (this is per an order from Andy (who is also looking to save money!).. So maybe we'll all know by the end of the night on Sunday.

I hope he does,either way i'm staying home for safety :/

I will stay home also because of safety reasons as will many teachers, staff, and children. I honestly can't imagine a parent sending his child to school Monday knowing the conditions. And the majority of us do not have the money for a car and driver to take us to work when the subways are not running. As for the transit strike, I get that. The mayor did not know how long it would last. What if it was a month? Kids out of schools for a month? No way. But a couple of days for a hurricane is not unreasonable.

how can the schools stay open, if they are used for shelters?

I live in nj and our school district closed for Monday and Tuesday. I have friends in ny with children and I cannot understand why bloomberg won't cancel now to give parents and families adequate time to make alternate arrangements. This decision would certainly be the RESPONSIBLE one for anyone who cares more about the safety of our children than money.

we need to think about should the state close schools due to the power out how would teachers recive reserch for their work when their is no power also any students possible might be abbsent because the parents cant drive their car out to the shcool. to whom it may consider would you let your child walk home though a hurrican?

In addition NYC has one of the highest no of school days 185-186. 2 days for safety reasons should not be a problem

You may be able to get to school Monday, but what about getting home? If the MTA shuts down, how will those who went to school on buses or subways get home? What about flying debris or loose live wires knocked loose by trees? I'm sure cabs will be scarce and very expensive. Besides, shouldn't everyone be at home to make whatever preparations they need to make? This man is a dangerous megalomaniac. The kids AND teachers will be in danger. The emergency services will then have to stretch that much more to rescue them if necessary. Close the schools for everyone's safety.

Notice how it says "Children First" on the NYC Department of Education...

(Incidentally, schools are hardly a "money machine." The cost of operating a huge public school system far outweighs any profits made by, say, textbook manufacturers or food service contractors.)

It's disheartening to see yet another citizen disparaging our public education system and downplaying its importance to society. I hope you will one day learn to appreciate how amazing it is have a system in place that strives to offer free and equal public education to all citizens. Just ask a young person living in any of the countless countries where public education for all is only an impossible dream.

It's an impossible dream in Brownsville, Brooklyn too.
By the way, that's not a citizen. It's a licensed, experienced school official. Curious as to your credentials.

Thanks.... for your blog you did really good work.If you want to know more about it services new york then please visit http://www.telxnyc.com/it-services-nyc-has-never-been-easier-with-telx-computers-2/