Why New York City Is Not Detroit. 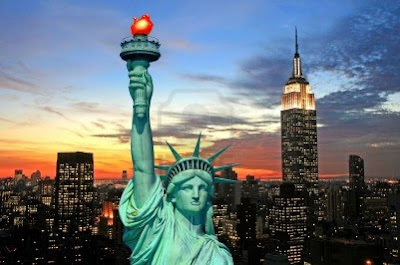 I read the article by "Ed the Apple" and must disagree that the bankruptcy in Detroit is a warning sign for New York City when negotiating with the unions.  The differences between New York City and Detroit are like "night and day" and here's why.

Unfunded Liabilities:  Detroit has billions of unfunded liabilities and when 38% of the budget pays 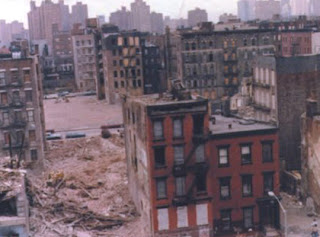 Economic Future:  New York City has experienced an economic boom with tourism at an all time high and the financial industry, while still losing jobs, providing the engine to power the City's economy.  Detroit, on the other hand is an economic wasteland with rows oi boarded up houses and long abandoned factories. Furthermore, New York City has a low crime rate and a booming technology sector while most small businesses are fleeing Detroit with its high crime rate, the highestin the nation, where it take an hour for the police to respond to calls for assistance.  In the misery index, Detroit finds itself one or two nationally, depending on the methodology.

Vibrant Middle Class:  New York City fared fairly well in the recession and are seeing many poverty ridden areas attracting middle class families and singles into the area.  Despite the ever widening wage gap under the Bloomberg Administration, the City has maintained  diverse middle class communities and has seen housing prices rise that has attracted ever increasing number of middle class families to the City.  Unfortunately, the same cannot be said for Detroit.  The middle class is almost non-existent.  "White flight" after the 1967 riots was followed by the auto industry leaving and along with them the black middle class.  Left was the poor minority class with high unemployment and low wage jobs, many of them living off government benefits to survive.

Public Services:  Say what you like about the Bloomberg Administration's policies, "good or bad", for the most part City services for the residents are top notch.  Good schools, police, fire, and sanitation are a hallmark for the City.  By contrast, city services are almost non-existent as police, fire, and sanitation is cut to the bone and response times are counted by the hours not the minutes.  As for the schools?  Over 75 schools are closing and the new schools are staffed by TFA recruits, the two year wonders, will take their place.  Will the Detroit  schools get better when TFA recruits replace the experienced teachers laid-off by the school closings?  Yeah when it snows in the Caribbean.

Comparing the problems in Detroit with New York City is like comparing "apples and oranges".  While they are both cities, one is losing population while the other is attracting more people, many with the skills that make them productive citizens in a vibrant City like New York.  The problems in Detroit should not and will not affect contract negotiations with the City.
Posted by Chaz at 10:39 AM

What do you expect from the Unity mouthpiece? Is he trying to tell us something?

I agree with you that Detroit has no impact on City/union negotiations.

Great compare and contract piece between Detroit and NYC.

Peter Goodman is putting out an advanced line from Unity to expect little. Softening everyone up. They will use Detroit to try to bludgeon people. Keep this analysis handy. It will be useful.

9 govaizeEd in the Apple is a shill for the union - they're looking to sell us out again next contract.

Good comparison. I think that Ed the Apple is a sounding board for the UFT and we need to let them know that New York City is not Detroit.

Thanx for this. We will need this information in the coming months as the Unity leadership, the Post, and others will make the case.

Your points are well taken and remind me of the 2005 contract with UFT reps stating that we should take a cold hard look at manufacturing jobs going to Mexico and accept the economic realities of this! I said, they cannot export our jobs to Mexico.

But, now there's Khan Academy. Going to a tech conference Wednesday at Murry Bergtraum. Let's see if there is any smell of using tech to outsource our jobs.

Yes Chaz. You make some valid points. NYC is not going bankrupt next year. But remember something: NYC almost went bankrupt in 1975. You're too young to remember that, but I do! In Oct 1975, before reversing himself and supplying loan guarantees, Pres. Ford said at the end of a speech to the national press club:

" ...we must never forget what brought this great center of human civilization to the brink. If we go on spending more than we have, providing more benefits and more services than we can pay for, then a day of reckoning will come to Washington and the whole country just as it has to New York City.
And so, let me conclude with one question of my own: When that day of reckoning comes, who will bail out the United States of America?"

It's funny that nobody remembers this, yet 40 years later that's just where we are.

And it's real funny to me that you look past the bloodbath that teachers are facing next year, with this new evaluation system, to worry about a miserable little raise. You should be worrying about what your pension will buy after it is cut, and inflation eats into it.

I agree also, Detroit in no manner is NYC. Fundamental economics:

Detroit was based on auto manufacturing.
NY shed much of its light manufacturing, but today, as for generations, the financial sector is as strong a factor in the economy as it ever has.

Even Michigan's (Republican) attorney general Bill Schuette has said that the snatching away of Detroit pensions is improper:
http://bluesunited.blogspot.com/2013/07/public-pensions-big-casualty-in.html

"...the bankruptcy in Detroit is a warning sign for New York City when negotiating with the unions..."

Detroit wasn't bankrupted by unions. Back when the unions were strongest, Detroit was at its strongest. And at that time, the middle class standard of living was rose dramatically. Detroit went bankrupt at a time when unions were weaker than they had been in decades.

Other factors in Detroit's demise were white flight, corruption at the top, and astronomically-wealthy CEO's sending jobs overseas and passing the profits on to themselves rather than to workers to spend in the economy.