Why Hasn't The Union Responded To The Media's Demonization Of The ATRs? 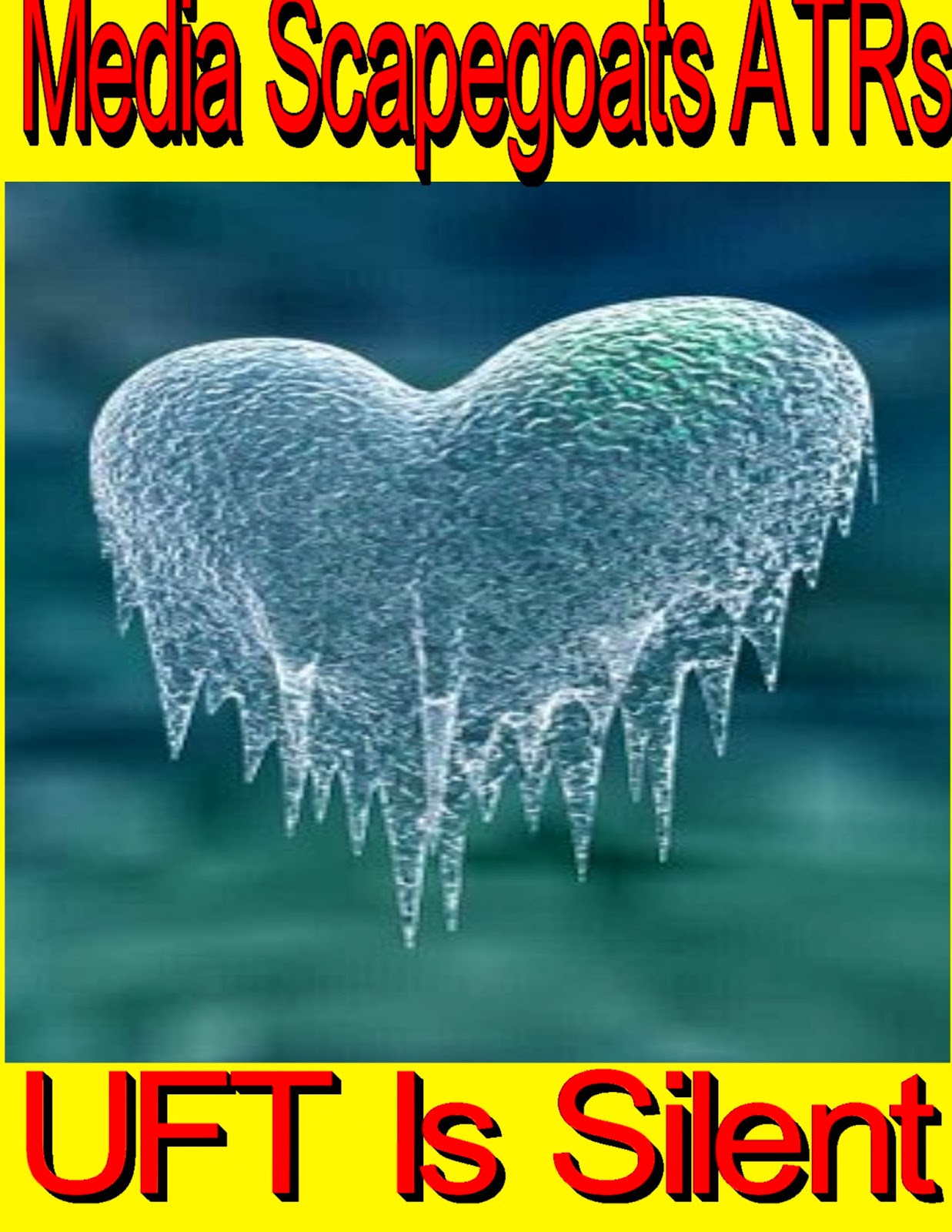 Over the last month the three daily newspapers in New York City have published articles and/or editorials that have demonized the ATRs while our union failed to respond to any of these inaccurate, and politically motivated attacks on their members.  The articles have a recurring theme that ATRs are "bad teachers", undesirables" and refuse to apply for the many vacancies posted by the "Open Market Transfer System".  In all cases they are demanding a "time limit" between six months to a year and if the ATR cannot get a position then  they should be terminated.  This ideological attack on the ATRs are all the same.  In every case these articles and editorials ignore the reasons that there are over 2,000 ATRs in the first place and that is the "fair student funding formula" and the DOE policy for schools to fund the teacher salaries out of their tight budget.  The result, as every real educator knows, is that the principals of the New York City public schools must hire the "cheapest teachers" and not the "best teachers" for their students.

UFT President, Michael Mulgrew, has always supported the ATRs and in internal discussions he has said many times that the union will not agree to a "time limit" but wants the ATRs put back into the classroom where they belong and are needed.  In fact, many union leaders have stated that if the union was willing to give up the ATRs by agreeing to a "time limit", the Bloomberg Administration would be willing to give the UFT their two 4% raises (not sure if it included retroactive raises) owed to the members for the 2009 and 2010 time periods. However, publicly. he has remained silent on the vicious media attacks on the ATRs. 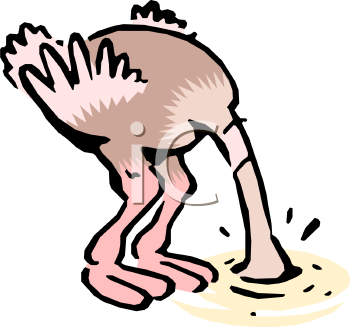 You would think the UFT would respond to these unfair attacks since they were complicit to the formation of the ATR pool in the first place by approving it in that terrible 2005 contract.  To compound their error on the ATR issue they approved the useless and demoralizing ATR rotation system that is a waste of talent, money, and does not help students to improve academically.  You do not see the police or fire unions agree to an ATR like program?  When a police precinct or firehouse closes, the policemen and firemen are assigned to vacancies in the closest loation to the closed buildings. The reality is that no other union would ever allow such a program after seeing how ATRs are being treated by the press and the City.  In fact, I'm sure that if the union allowed the City to impose an ATR "time limit"  the other unions would sue as a violation of Civil Service law.

In a related matter, the union must put a stop to these unfair and unjust field supervisor observations.  Many of these field supervisors are using unattainable standards to rate the ATRs and that's just not right.  How do you properly rate an ATR in a strange school with unfamiliar students, and with no training in the classroom technology or Common Core standards they seem to look for?  Many of the field supervisors are unfairly evaluating the ATRs as if they have ownership of the class (controlling their grade) and understand the academic ability of the students.  Moreover, quite a few field supervisors are demanding lessons that show rigorous techniques that smack of Common Core and to them Regents type questions are not rigorous enough.  How unfair is that?

Many of the ATRs  are being held to unattainable standards claiming that Regents based questioning and labs (science) are not rigorous enough.  The union must put a stop to this harassment and if necessary file a lawsuit, what are we paying our dues for?

I can only conclude this post by saying that Albert Shanker must be rolling in his grave to see how passive his union has become when it comes to protecting its member, especially the ATRs.

when of late has our union defended any member much less an atr?

Here's a test...
1) Go to UFT.org and click Search
2) Type in "Absent Teacher Reserve" with quotes
3) Sort by Recent News

....see what you have for ATR news

Chaz, I read your blog all the time and have had the great pleasure of meeting you while grading at my school last year. Can you answer a question for me that I do not know. Do in service members have to pay union dues? I seriously do not know the answer to this. Thanks again for all that you do!

I'm afraid that since the union claims teacher dues are not used for political purposes, you must pay the dues.

That's what COPE is used for.

Maybe my school has been unlucky but we have had about a dozen atr's work at our building. Half of them do not even report to work and the. Other half do nothing. If this was a corporate business a manager would fire them instantly

The UFT's position on ATR"s is simple: The UFT does care much about the ATR's because although most are not in full time teaching positions, they are still on the payroll and thus are still paying UFT dues. The UFT does not care what happens to the ATR's as long as they still are in they system. As much as I despise what the UFT has been up to in recent years, they will never agree to a time limit on ATR's. In the meantime, ATR's will still wander the halls of NYC schools.

Sure and I have a Bridge in Brooklyn for sale.

Most schools have between i and 3 ATRs and if the schools choose not to use them, who's fault is that. ATRs are teachers and if they don't show up then they are using their CAR time otherwise they will be fired for "time and attendance".

Finally, I must believe you are an Administrator in a terrible school who can't retain staff, that's probably the reason so many ATRs are at your school in the first place.

Hi Chaz,
It's all extremely frustrating. The only way we hear Mulgrew's views is second or third hand. Perhaps he's being overly cautious because of the media and Bloomy's goons? I do remember hearing he was constantly getting his office swept for bugs (listening devices). If he doing such things, he must have good reasons. Perhaps he's also treading carefully because he doesn't know who he's dealing with yet, in the form of DeBlasio and Farina. He should however, in my opinion, assuage our (ATR) anxiety concerning the future, current illegal observations, and media attacks.

To anon 7:20,
You probably are a pseudo corporate business manager put in an administrative position via Bloomberg. But guess what? Schools are not businesses and Bloomberg is out! It was incredible mismanagement on his part to hire you and your ilk to destroy the future of so many young New Yorkers. I remember looking at a study 25 years ago in which 5000 thousand people were asked to place schools on a vertical spectrum. On the left were churches, hospitals, nonprofits gradually moving toward small business, franchises, and large corporations on the right. The participants were asked to place schools wherever they felt they belonged. Almost 100% put schools with the social beneficial agencies. Yet Bloomberg ran them as businesses and met with complete failure. It is my hope that you, the leadership academy administrators and network leaders will be tossed out on your collective asses.
YOU couldn't make it in education and you definitely won't make it in corporate America.

What has the new administration fone to change things for teachers?

Same shit, different year. This new admin isn't doing anything and it will be the same come Seotember. I'm so happy this year is moving fast and looking forward to plenty more just moving by as well. I'm 46 and done at 55, less than 10 years. It's now turned into a sentence, like how much time I have left. We all discuss our jail sentences at work. "I got 8 years" how many more do you have?

terrible attitude to have but I totally understand. I unfortunately have ten years left on my sentence. One thing I hope we all try to remember is to keep positive for the kids that we see everyday> I hate working in a depressed environment and we have to fight through it each day