Most educators knew that the school grades assigned by the DOE do not represent the actual school learning environment and student academic achievement.  However, many principals were told how to "game the system" to achieve artificially high grades for their school.   A prime example is none other than PS 106 and  "Leadership Academy Principal" Marcella Sills who ran her school using questionable methods and had poor staff morale. Yet until last year her school received either an "A" or "B" for the years 2010-12 and was rated "proficient" in the 2008-09 school year.  I'm sure if it wasn't for the relocation of the school due to Hurricane Sandy, the school would have received another "A" or "B".    Yes PS 106 receive high letter grades from the DOE despite the numerous complaints by staff about Ms. Sills, the lack of a special education teacher for the students with special needs and no payroll secretary.  Add to that the high staff turnover rate also didn't seem to affect the school's letter grade and the failure to give the school's students Physical Education and Art was omitted in determining the bogus letter grade assigned to the school. If that wasn't bad enough the school library issue where money allocated to it was apparently diverted and the school administration was not held accountable to explain where the library allocated funds went to. These school letter grades are useless and not worth the paper it was printed on. 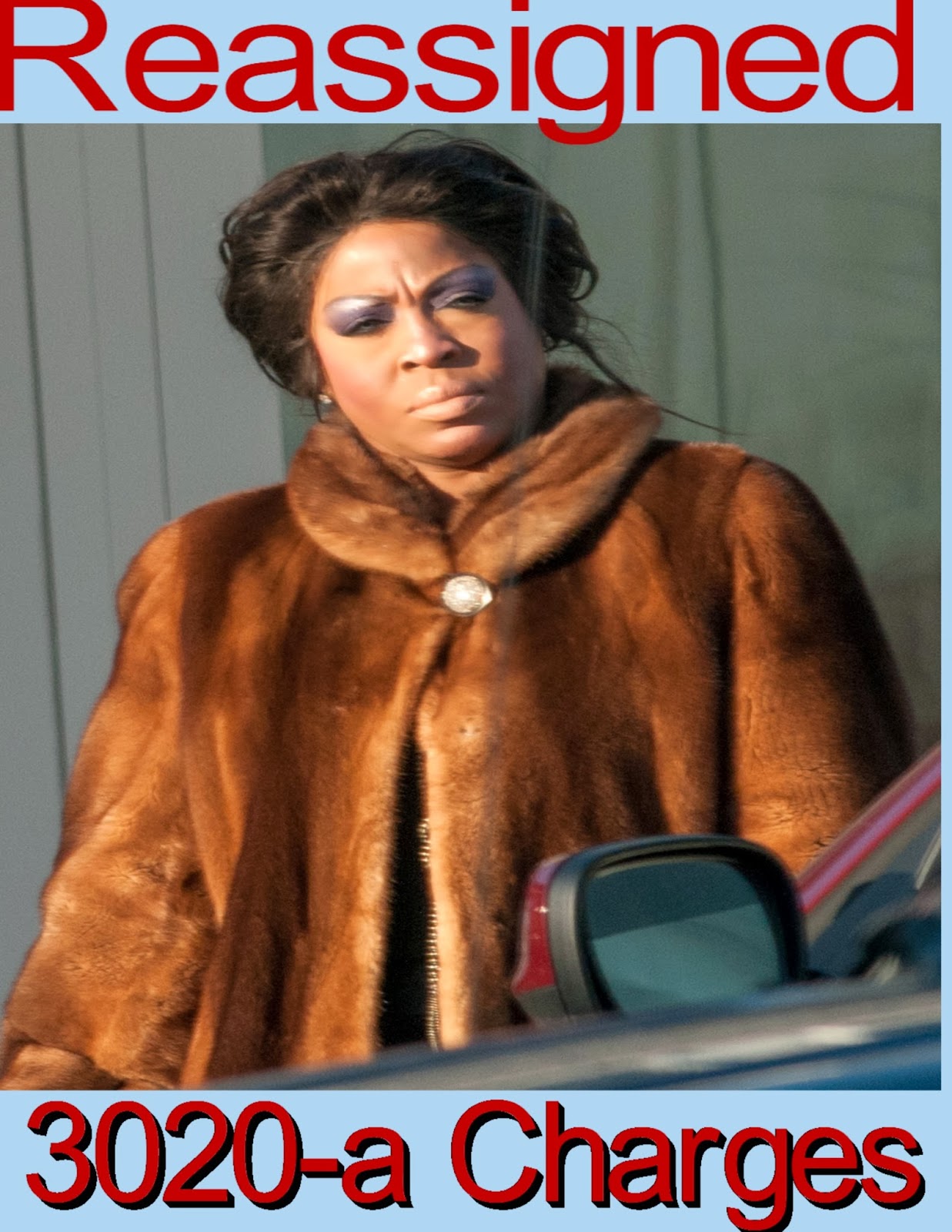 Veteran teacher Patricia Walsh wrote an article for the New York Post and described in detail how PS 106 deteriorated and what it was like to teach under Marcella Sills until she left the school in 2009.  Ms. Walsh's story just reinforces everything we were told about the horrible situation at PS 106 under Marcella Sills watch. The numerous complaints and actions taken against staff since Marcella Sills became Principal has been written about in this and other blogs as well by the New York Post and now that the Principal has been reassigned and faces termination under State law 3020-a.  The real question is why as these abuses occurred at her school the DOE still gave her school one "A" and two "B"s in the last three years it earned a grade?


Will heads roll at Tweed because of their failure to take appropriate action against the abuses that Marcella Sills was allowed to get away with at PS 106?  Of course not since only teachers are held accountable not administrators who allowed this travesty to occur and when alerted failed to take action.

"Children First"?  Only if you believe in the "tooth fairy" when it comes to these no accountable DOE administrators like District 27 Superintendent Lloyd-Bey, the useless and money sucking  Children First Network 531, and the leadership at Tweed.
Posted by Chaz at 10:28 AM

One important point -- the school ran better when she wasn't there.

Bloomberg is responsible for all of it. According to him, he turned schools around. He made them much worse. At least, he can be sure the kids in NYC will remain in poverty due to their lack of education. Keep the status quo, billionaires rule.

Hi Chaz, I agree with your writing on Ms. Sills and the letter grade. I worked in a school very similar to 106. I made reports to Richard Condon regarding nasty business that was happening in my school. When the investigators came to my school the administration continue to cover up. My school was PS 306 in the Bronx. I report a teacher, Mr. Tulise Singh who down load pornographic material on his classroom computer. Although I personally did not have any proof, with my own eyes there was enough reason to suspect he was inappropriate with the young boys in his care. He use to take some of his first grade boys home to his house for the weekend and buy them expensive gifts. I raised my concerns to principal Cythina G Riley. From that moment on my life became a nightmare. Too long to go into detail. This happened in 2007. In 2011 Mr. Tulsie Singh was arrested for the raping one of the boys from way back in 2007. He also lost his job at 306 in 2011 for his predatory actions towards another young boy. What is so sad about this ..... is if you look you will find reports were sent into Condon's office many in 2007 regarding the pornography. (Ms. Riley had the computer removed from Mr. Singh room so that when the investigators came they didn't find it.) Teachers were afraid to speak up. Ms. Riley's personality was very similar to Ms. Sills.

Do you have any thoughts on this?

I just read what they (Newark, teach for America and the Walton family) are trying to do.
Its an all out assault on teachers everywhere! Our pathetic union needs to get involved before we're next.

As I have said...Administrators do not get fired. No matter what evidence may be available and shown.

Chaz you have done an outstanding job covering this story. The writer of the article in the NY Post also mentions the union as being informed of what is going on in the school. Perhaps your next article could look into this. Thanks again.

As a rule, administrators DON'T get fired. My guess is Sills will take a resignation instead of actually going through the termination hearing, her statements to the contrary notwithstanding. The DOE has a pretty ironclad case that's easy to prove regarding the time sheets. There should be sanctions on her state license so that she doesn't get an educator job in another state.

Fariña is really turning out to be another waste. Sorry to say, but she's just the same ol' song. Her top 3 priorities are all going to be failures. Let's review them.
1. Pre-K. Everyone is making such a fuss like this is the most important subject in education. Like it's groundbreaking or something. Professional studies prove there's really no increase in anything due to Pre-K. It's fantastic for parents as they save on child are for a whole year. It's a babysitting service at best. 25% of the day is taking a nap after lunch. 25% is having snacks and lunch. 25% is removing jackets and gloves/hats and putting them back on at end of day. The unpacking and packing up totals over an hour easy. The final 25% is coloring and weather related crap. Maybe a song or two. Gimme a break with the Pre-K shit already.
2. Networks. Everyone and their mothers know that networks are destroying the system, choking school budgets (since they control the funds), and they exclude communities since they cross over miles and boroughs from their headquarters to the actual schools. They are useless, filled with high priced team members who report to 20-30 schools, which translates into non progress since you can't really help 30 buildings. It's so dumb. Fariña will leave the network system in place which is a huge mistake, leaving out the parents, again!!!!
3. Middle schools. Her focus in on the middle schools and improving everything. This is the funniest of the 3. The middle schools are out of control, filled with wild ones and no discipline. Good luck with #3 babe.

Farina is a huge disappointment. She's real crafty with talking shit and saying this/that and everything else. Who cares that she's in her 70's, she's the wrong choice. Too soft with no change. They talked all this smack and it's turning out to have been a political display of BS. Typical and not surprised.

Susan trust me, physical black & white evidence is not a guarantee, either. I have seen administrators not even get reprimanded for things where there was documented evidence of severe illegalities. So there is every possibility that Tweed just waits until the heat goes away, then just moves her to an office gig.

Not this time. SCI published their report and recommended termination. The DOE agreed to follow the SCI recommendation. The only choice Ms. Sills has to go through her 3020-a hearing or resign.

The publicity is too great to quietly place her in another job.

Yes, I am a Newark teacher and I am outraged. We need your support New York teachers.

Hi Chaz,
You should do a piece on what's going on in Newark. I'm a Bronx ATR and it infuriated me. Teachers for America are really hurting our profession and are an inferior alternative to a college trained, experienced professional. They are disposable teachers- cheap, use them up, throw them away; (while terminating us).

I will do just that but I need more info on the situation.