The Bloomberg Education Legacy Is One Of Failure. 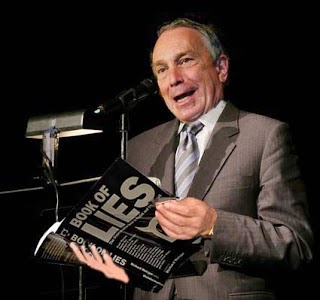 With the advent of a new administration who has struggled to change the educational landscape, its time to look back at ex-Mayor Michael Bloomberg's education legacy and see what has actually transpired over his twelve years in charge.

Student Academic Achievement:
In the twelve years of the Bloomberg Administration student academic achievement has remained basically flat, based upon the federal baseline test, the NAEP.  All the touted reforms by the Bloomberg Administration is all "smoke and mirrors".  At the high school level, the SAT sores also showed little upward movement in the twelve years of his tenure.

Racial/Income Academic Achievement Gap:
More disappointing is the actual widening of the racial/income academic achievement gap in the twelve years of overseeing the DOE.  That means that all his bragging about education reform resulted in no real academic improvement for the most needy of students.

Lack Of Parent Involvement:
Parent concerns were totally ignored and excluded from any decision making or policy issues concerning their children.  In fact, the establishing of the useless "Children First Networks" required many parents to travel to different Boroughs to find out what was happening in their school.   The Bloomberg Administration  was deaf to parent voice and only used parents when they wanted to deceive the media in supporting some of the Bloomberg policies.

Largest Class Sizes Ever:
Compared to the end of the Giuliani Administration, the class sizes are larger and are the largest in the State, despite the City winning a CFE  lawsuit to reduce class size.  The State money to reduce class size was diverted from the classroom to Tweed who used it for other purposes.

Teacher Morale Lowest Ever:
The Bloomberg Administration's attack on teachers is unprecedented in history of the City and if he had his way, the entire teaching profession would be composed of temporary workers who will teach for five years or less and have class sizes double the contracted limit.  The classroom environment has become increasingly hostile and incentives were put in front of principals to rid themselves of outspoken teachers by filing false, frivolous, or embellished charges, knowing that Tweed will remove them from the school payroll in sixty days.  At the peak there were over 800 teachers "reassigned".  Before the Bloomberg era it averaged about 125 "reassigned teachers".

Education On The Cheap:
The Bloomberg Administration policies forced schools to survive on ever shrinking budgets since 2007 and required schools to pay for unnecessary services such as the useless "Children First Networks", and all those "bright ideas" that turned out to be failures demanded by Tweed.  During the Bloomberg years the Central Bureaucracy has bloated beyond belief. Worse was the "fair student funding" which required principals to hire the "cheapest" and not the "best teachers".  Is it any wonder that student academic achievement has not improved?

The Bloomberg Administration convinced the UFT to eliminate the excessing requirements and combining that with the "fair student funding" and tight school budgets, along with closing schools, the ATR pool expoloted to 2,400 members and has stayed relatively consitant over the years.   Approximately 60% eventually land in a classroom for varying lengths of time as leave replacements or "provisional appointee's" but are back in the ATR pool at year's end.

The Gang Of 18 Non-Educators Running The DOE:
Surrounding the three non-educator Chancellors were the "gang of 18" non-educators (one or two at most had some classroom teaching experience) that implemented Michael Bloomberg's education reform rhetoric.  They exponentially increased the unnecessary paperwork that teachers and principals were swamped with by their "accountability measures".  Furthermore, the "gang of 18" hired hundreds of accountability managers and lawyers which were used to generate more data mining and paperwork at the school level with the lawyers used to persecute teachers charged with alleged incompetence and misconduct.  This group was responsible in diverting much needed funding from the schools to their pet projects and hiring high priced consultants.

Little Change In Student "Career And College Readiness" Scores:
At the end of the Bloomberg Administration only 22..7% of the students were ready for college or careers and I suspect most of them came from the top 33% of schools in the City.  His claims of improving education rings hollow when one looks behind the rhetoric. He also claims that quality teachers and not social-economic conditions are most important in student outcomes.  Of course, poverty does matter.

The Graduation Rates Are Bogus: 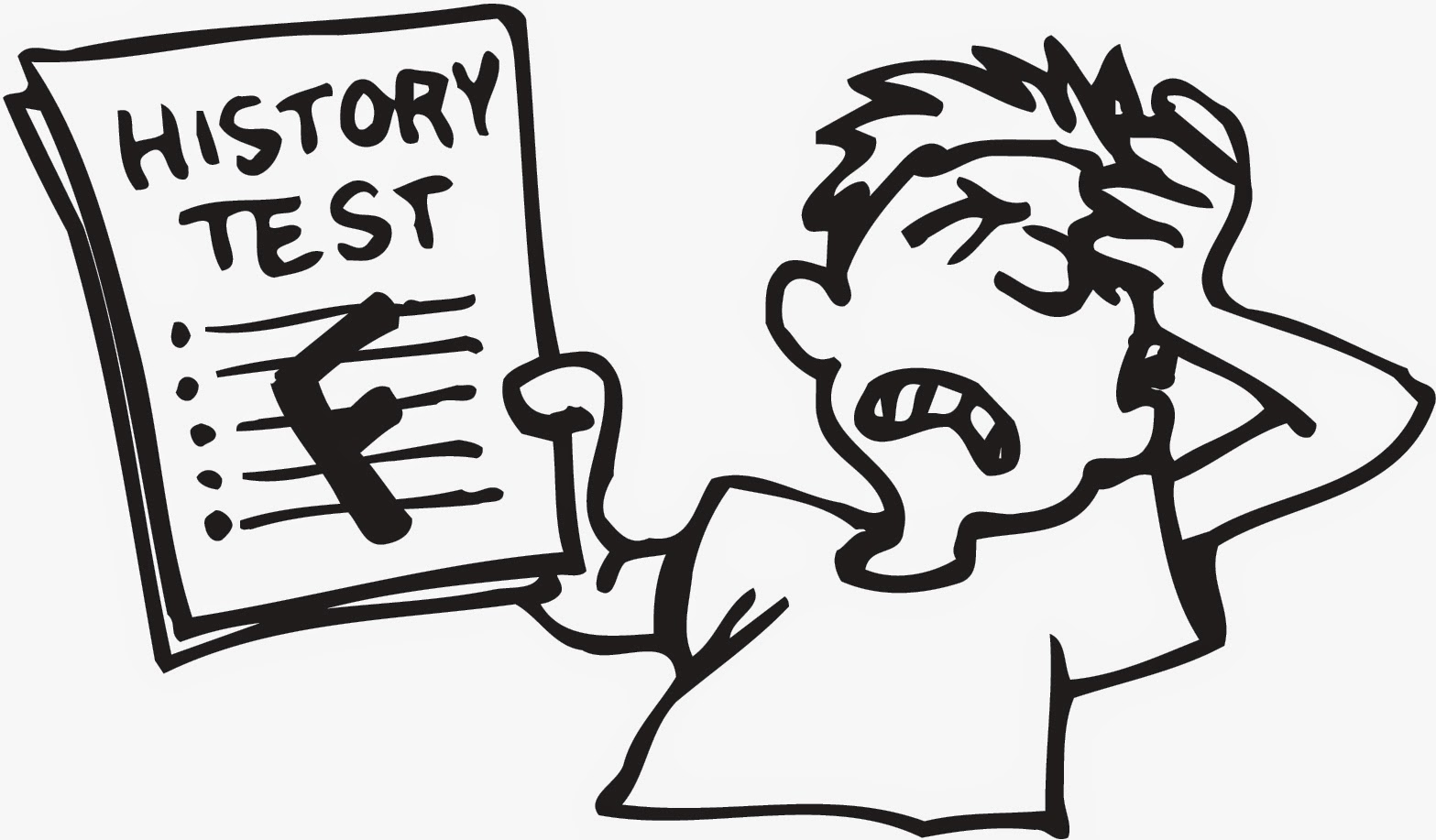 The news media claims the Bloomberg education legacy was a success because of the
graduation rates.  However, the graduation rates are bogus since it comes with large amounts of  phoney "credit recovery courses", principal pressure on teachers to improve the school letter grades, and a grading policy that allows a student to fail one semester but pass he other and get a passing grade for both. If it was truly a success, the abysmal "college and career readiness" scores would be much higher.

Closing Schools Do Not Result In Academic Improvement In The Long Run:
The Bloomberg Administration closed 163 schools, many of them large comprehensive high schools and made small themed schools out of them.  At first, it appeared successful since these new small schools were fully funded and more importantly,  they excluded"high needs students".  Therefore, the schools didn't take the students that struggled academically and the first few graduation classes showed superior results.  However, once these schools were firmly established, the extra funding was withdrawn and the small schools found themselves having to take "high needs students" and the Regents grades of these schools have fallen back to or even below what the closed comprehensive high school had.  Furthermore closing schools means excessing teachers and the small schools pick up very few of them, the "Bloomberg" small schools have "Leadership Academy Principals" and an untenured staff.adding to the ATR pool.

The Bloomberg years has irrefutably harmed the New York City Public Schools and his corporate reform approach has not showed any significant student academic achievement.  His education improvements are all "smoke and mirrors" and his legacy is one of failure.

100 of your finest atrs. And you defend them

They are, terminated teachers and NOT ATRS!!!!

I must question your intelligence if you can't tell the difference. Let me guess, you're one of the following.

Which one are you?

To Anom634,
How can one respond to such ignorance?

Not that i disagree with your comment to 634, but why is it everyone who disagrees with you has to be one of those 3 groups.

I like your blog but i find that people arent allowed to have an opinion other than yours. If they do it is just assumed they must be one of those 3

You can disagree with me and I do publish the comments but what anon6:34 said would never come from a classroom teacher.

Look at how nothing has changed in over three and a half months post-Bloomberg and you can say the destruction of the teaching profession is continuing. Danielson is being used to attack teachers. Has Farina called off any of the dogs?

School year is over!!! I'm done with all these stupid observations, did my formal and 3 informals. Now it's just about coasting till June. Regents exams start early this year. Whew!!!! Another year on the notch. Great system, great if you don't take this shit seriously. What a joke! A network person asked me some pretty basic questions last week. I went along like I didn't know. Neither did she. Go New Visions!! Worst curry or "not for profit" group in NYC, making MILLIONS!

New Visions is ripping off NYC for tens, perhaps hundreds of millions. The public knows nothing about them. Their schools are worse than the closing schools ( at least the ones I've seen). How about an expose on that Daily Tampon and NY Pox?