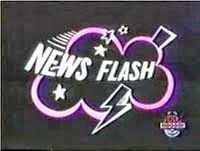 The UFT and DOE have agreed on a nine year contract that includes "retroactive raises"and "service credits" that will allow veteran teachers to retire.  As part of the contract the ATRs will be going back to the classroom...as pre-K and charter schools teachers.  UFT President Michael Mulgrew called it a "win win for all".

Chancellor Carmen Farina decided to re-retire after approaching the Cathie Black tenure date. Eric Naldelstern was then appointed the new Chancellor today and his first order of business was to instruct his staff to fill all school administrative vacancies with people who graduated from the "Leadership Academy".  His second order of business is to instruct principals to "do more with less" as he cuts school budgets.  Mr Naldelstern claims that he only took the job because he was the only one qualified in the world to be NYC Chancellor.  He was allegedly heard saying the following:

"I never wanted the Chancellor's position but after a worldwide search, I was the only person I know who was as smart as me so I accepted the position to help the education reformers, oops I mean the students to achieve their goals"

The DOE announced that with a change in attitude at the top, the money saved by cutting school budgets will be used to pay for more accountability experts for even more data mining, high-priced consultants, and lawyers for the "gotcha squad" who will be very busy in terminating teachers at the end of the 2014-15 school year.

In other news, ex Mayor Bloomberg wrote an apology for all his anti-teacher actions during his 12 year tenure.  He blamed the demoralization of teachers on ex-Chancellor Joel Klein.  That's why he put Dennis Walcott in charge since he needed a pet poodle who would follow his every whim without question.

Mayor Bill de Blasio was happy he was cheered at the Mets opening day game and promised to support the New York City horse carriage business after finding out how much Con Edision charges for electricity for his vintage electric cars.  He was allegedly quoted as saying "better stepping in horseshit, then going broke"!

I laughed so hard I pulled a groin muscle!

The DOE is so putrid I believed it! I was reading it over the
phone to a friend who started calling for smelling salts!
I was really happy it wasn't true.

I think it was funny lighten up people

Good one. How could anybody not think this was funny?

The part about Madame Moskowitch thanking de Blasio gave me a good chuckle.

Chief police Bratton stating in the media how police moral is down as the entire police force was poisoned by the bloomberg years of terror. Yes, the press does not publicize it but bloomy ruined the police force of NYC by destroying police moral by constantly pressuring officers to arrest arrest people recklessly like he does everything else. How much more damage did the ex mayor do?? To all the police officers out there can you imagine how the moral is among teachers and educators???